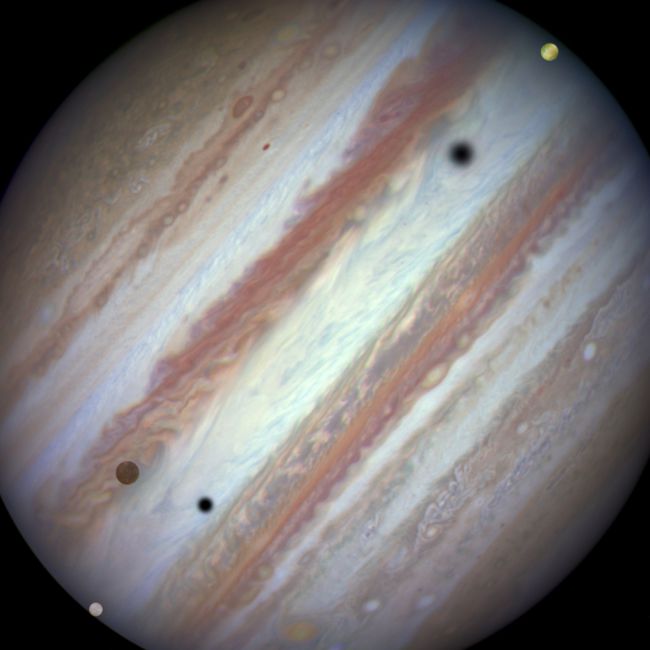 These are the new names for the five recently discovered satellites of Jupiter the giant. The names, largely suggested by children, came from a competition conducted by the Carnegie Institution for Science with the approval of the International Astronomical Union (IAU), the official referee of astronomical names.

Traditionally, newly discovered celestial bodies such as satellites or planets are given temporary names by the IAU, and the process for a permanent name starts. In recent years, the public was encouraged to participate in the naming procedure through various competitions, which resulted in naming distant stars, planets, and numerous space objects including Mercury’s craters.

Planetary scientist Scott Sheppard and his colleagues at the Carnegie Institution in Washington reported on July 2018 that they discovered 12 new satellites of Jupiter while searching for the ninth planet thought to be orbiting beyond Neptune. Together with these five satellites, named through the competition, the number of Jupiter’s known moons increased to 79.

There are many rules that apply to name the satellites in our Solar System. First of all, Jupiter’s satellites must be named after lovers or their descendants of Jupiter/Zeus in Greek or Roman mythology. Also, the names must be shorter than 16 characters.

Former and new names of the five satellites:

Pandia: (S/2017 J4) Pandia, the daughter of Zeus and the moon goddess Selene, is a goddess of the full-moon.

Philophrosyne: (S / 2003 J15) Philophrosyne is known as the female spirit of welcome, friendliness, and kindness. She is also the granddaughter of Zeus.

Eupheme: (S/2003 J3) Eupheme, the sister of Philophrosyne, is a female spirit of praise and good omen.