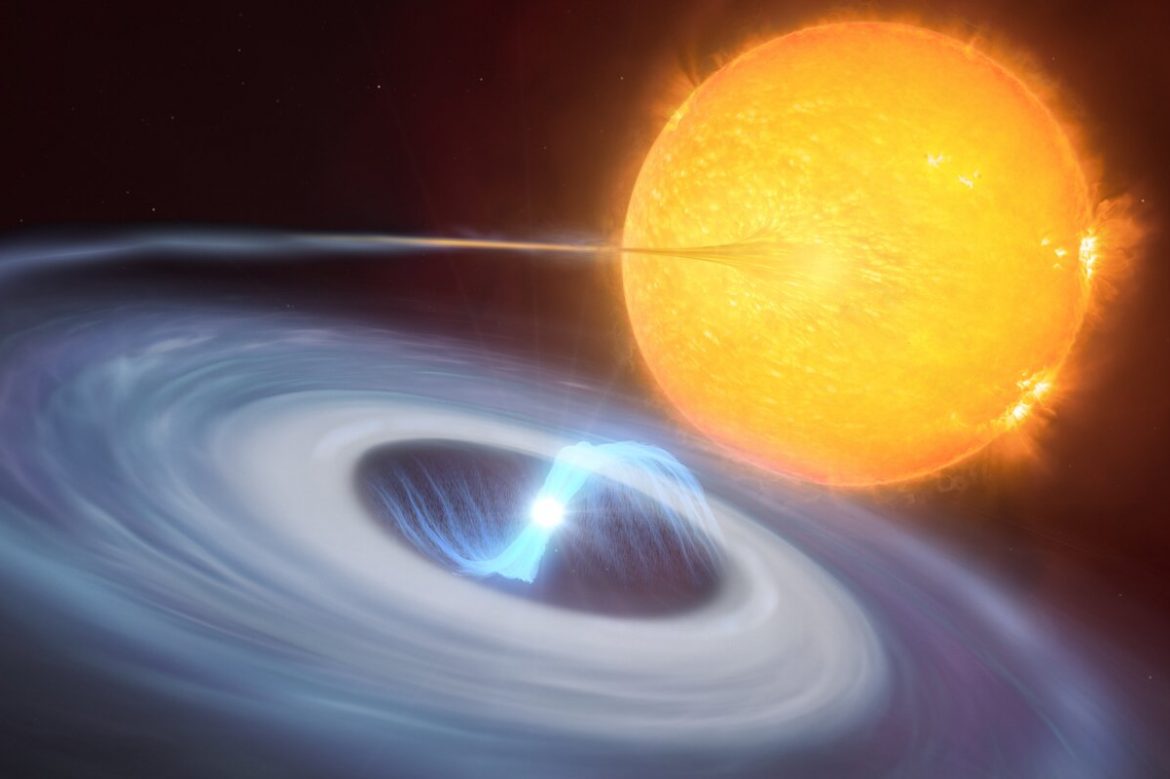 New Discovery of Astronomers: The Micronova!

Astronomers from the European Southern Observatory (ESO) have detected a new type of stellar explosion. These thermonuclear bursts, called micronovae, take place on the surface of white dwarfs and last only a few hours.

A white dwarf is simply the core remnant of a star, which has collapsed at the end of its life but did not explode as a supernova as a larger star would.

If a white dwarf in a binary star system is close enough to its companion star, it can strip material, mostly hydrogen, off its neighbour. When this gas falls on the white dwarf’s extremely hot surface, the hydrogen atoms fuse to form helium in massive thermonuclear explosions called the novae. These explosions occur over the entire stellar surface, causing the star burn and glow noticeably for several weeks.

Micronovae are similar explosions, although smaller in scale. They also happen faster and last only a few hours. They occur in some white dwarfs that possess strong magnetic fields, which direct the material stolen from a neighbouring star toward their magnetic poles. As per the statement by ESO, this has been the first time that experts had the opportunity to observe that hydrogen fusion can also occur locally.

As hydrogen fuel accumulates at the base of the magnetic poles of some white dwarfs, fusion only takes place at these magnetic poles, giving rise to micro-fusion bursts that are one-millionth the strength of a normal nova explosion. This is why they are called micronovae. Despite the “micro” prefix, these explosions can burn 20,000,000 trillion kilograms of material.

Examining the data collected by NASA’s Transiting Exoplanet Survey Satellite (TESS), astronomers detected three such explosions. The discovery of micronovae will broaden the known types of stellar explosions, and expand our understanding of just how dynamic the universe is. The team now wants to observe more of these elusive events, which require large-scale scans and fast follow-up measurements.