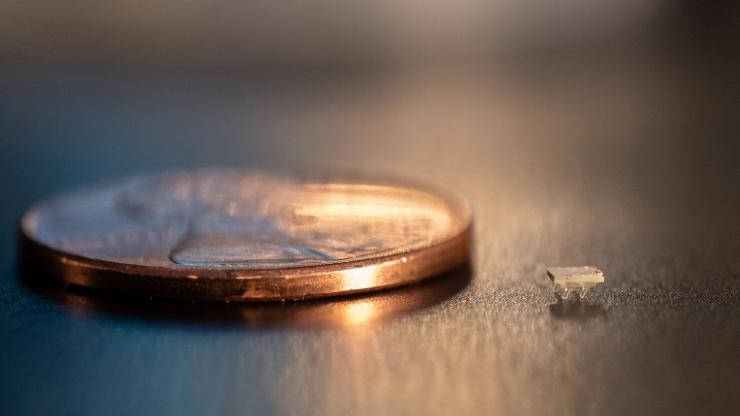 Researchers have created tiny 3D-printing robots that can move using the vibration from piezoelectric motors, ultrasound sources, and even tiny speakers. These swarms of “micro bristle-bots” are able to work together to detect changes in the environment, move objects, or perhaps fix the human body one day.

Developed by Georgia Tech researchers, these vibration-powered robots are only two millimetres long, almost the same size with the smallest ant species in the world, and can travel four times their length in one second.

Prototype robots respond to different vibration frequencies depending on their configuration, which allows researchers to control different robots by adjusting the frequency of vibration.

As the bristle-like feet of these small robots vibrate up and down, the vertical motion into directional movement due to their structure.

The research team is now working to give robots the ability to steer. They aim to achieve this by combining two different micro bristle-bots that move with different vibration frequencies. By modifying frequencies and amplitudes, micro robots can potentially be steered.

Azadeh Ansari from the research team says, “We can look at the collective behavior of ants, for example, and apply what we learn from them to our little robots. These micro-bristle-bots walk nicely in a laboratory environment, but there is a lot more we will have to do before they can go out into the outside world.”