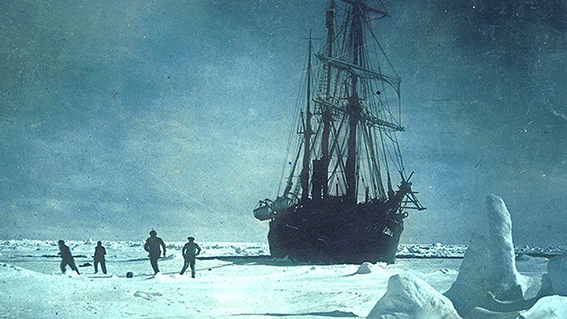 The famed ship of renowned polar explorer Ernest Henry Shackleton, which sank during his Antarctic expedition to reach the South Pole, has been rediscovered. After 107 years, the wreck of Endurance was found at a depth of 3,008 meters by Mensun Bound and his team, sponsored by the Falklands Maritime Heritage Trust (FMHT) on March 5th, the 100th anniversary of Shackleton’s death.

The ship’s rediscovery is significant for two reasons. First is the expedition’s story that inspired many adventurers. Endurance began its journey to achieve the first complete overland-crossing of Antarctica. The plan was to reach the Weddell Sea in the south of Argentina first, then cross the South Pole with dog-drawn sleds, and finally reach the Ross Island in the Ross Sea –which is on roughly the same longitude as New Zealand, on the opposite side of the continent, covering a distance of 2,900 km in total.

However, Endurance was trapped in sea ice in October 1915 and became completely immobilized, until it sank months later when the sea ice eventually bore a hole in its hull. The crew fought hard to survive during all that time, abandoning the ship and moving whatever they could onto a camp they established on ice. They finally sailed to the Elephant Island in the South Shetland Islands, on lifeboats they had rescued from the ship. On that island, where temperatures reached -20°C, they survived by eating seals, penguins, and their own dogs. After a while, Shackleton took five members of his crew and managed to reach South Georgia, 1,300 km away. This journey in a small boat took 16 days across a brutal sea. Four months later, he made history by rescuing his entire crew, 27 people, from the Elephant Island.

The second is the huge challenge of finding the ship. The Weddell Sea is almost always covered with thick ice and even getting to the shipwreck’s location itself was a big adventure. The FMHT team got lucky when the Antarctic sea-ice rate was at its lowest extent in history last month. Photographs taken by the submarine expedition show the wreck in a very well preserved condition. Despite the masts down, the rigging tangled, and the bow damaged; the entire is pretty much preserved, with the anchors intact, and even some boots and crockery remained. Deep-sea polar biologist Dr. Michelle Taylor said “It would appear that there is little wood deterioration, inferring that the wood-munching animals found in other areas of our ocean are, perhaps unsurprisingly, not in the forest-free Antarctic region”. Around the ghost-ship Endurance is teeming with life, including anemones, sponges, brittle stars, crinoids, and various other filter feeders happily wandering in the cold waters of the Weddell Sea.

After paying their respects to “The Boss” Shackleton, the expedition team returned to Cape Town, leaving the wreck undisturbed.