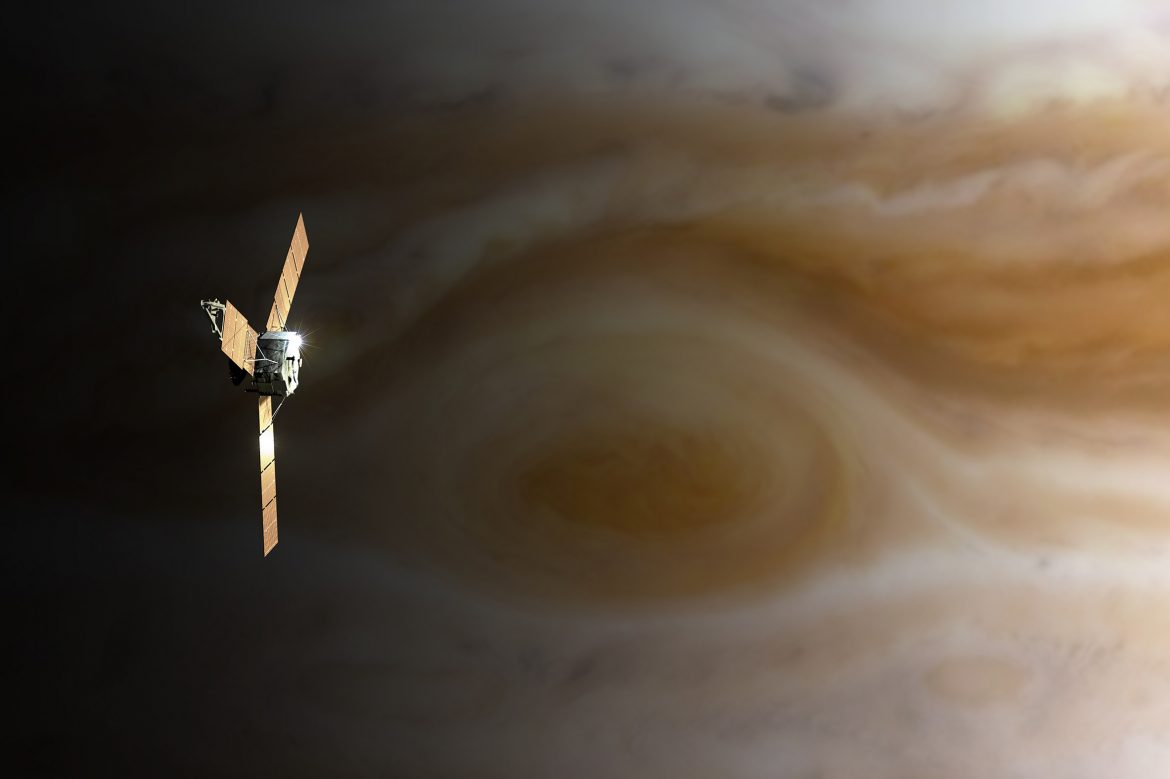 New findings suggest that Jupiter’s innards are filled with the remnants of baby planets the gas giant literally “swallowed” as it expanded through time. The findings come from a detailed study of the chemical makeup beneath the planet’s cloudy outer atmosphere.

Jupiter is composed almost entirely of hydrogen and helium. The amounts of each closely match the theoretical amounts in the primordial nebula that made up the Solar System. However, the planet also contains heavier elements, which astronomers identify as metals. Although these metals are a minor component in Jupiter’s structure, their presence and distribution tell astronomers a lot.

According to a newly published study, Jupiter’s metal content and its distribution suggests that the planet gobbled up a lot of rocky planetisimals in its youth.

Jupiter may be a spinning ball of gas today, but it began its life by collecting rocky material, just like every other planet in the Solar System. As the planet’s gravity pulled in more and more rock, its core became so dense that it began to pull large amounts of gas from great distances. Helium and hydrogen, predominantly leftover from the formation of the Sun, formed the giant planet’s enormous gas-filled atmosphere as we know it.

There are two competing theories as to how Jupiter managed to collect the rocky material in its depths. One suggests that Jupiter may have deposited billions of very small space rocks. The other, opposing theory, suggests that the planet’s core is formed by the absorption of many planetisimals – large space rocks stretching for several kilometers, which the findings from the new study seem to support. 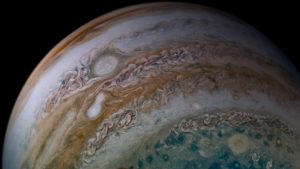 By combining data collected by the Juno probe, which has been sending information from the gas giant’s orbit since 2016, and compiling these data with those from its predecessor, Galileo, The researchers created computerized models of Jupiter’s interior composition. The data showed that the rocky material deposited by Jupiter had a high concentration of heavy elements, which had a stronger gravitational effect than its gaseous atmosphere. This data allowed the researchers to map small changes in the planet’s gravity, which helped them see where the rocky material was located inside the planet.