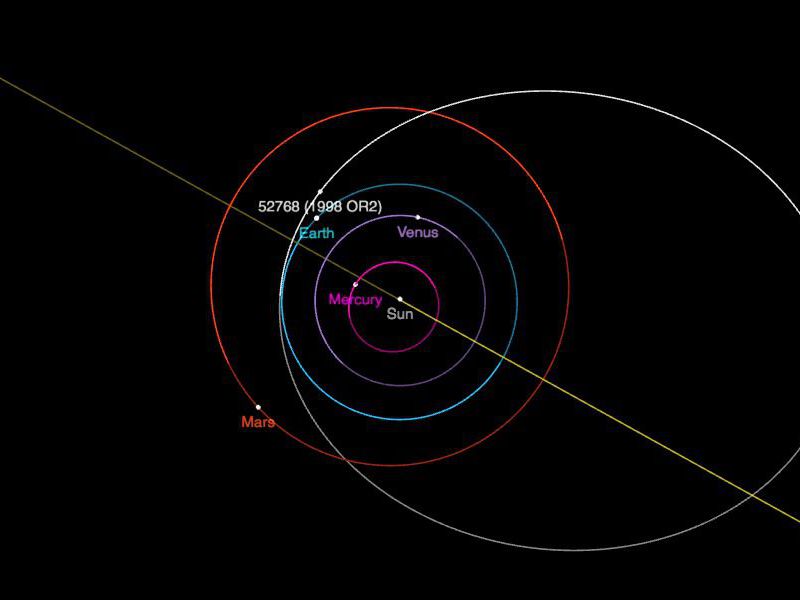 It is true that there is a huge asteroid that will approach our planet in April, but this giant space rock will not hit our planet. In fact, it will have no effect on Earth at all. Still, the upcoming transition of the asteroid spurs excitement among professional and amateur astronomers.

The massive “potentially dangerous” asteroid, dubbed 1998 OR2, is just a few weeks away from its close encounter with the Earth, and you may watch it online or with a small telescope.

The asteroid 1998 OR2 has an estimated diameter of 1.8 to 4.1 kilometres, and it will be 6.2 million kilometres away from our planet on April 29. If the asteroid was to hit us, it is large enough to cause significant harm. However, its closest point will be about 16 times the distance between the Moon and the Earth, which will not have much effect on us. NASA classifies celestial objects that are likely to approach the Earth more than 7.5 million kilometres in the category of “potential danger” and closely monitors them. So, there is no question about 1998 OR2, whose trajectory is very well-calculated.

Asteroid 1998 OR2 is expected to reach a visual brightness of 10 or 11 (close to that of Proxima Centauri). This means that where weather conditions permit, it can be observed with telescopes that have a diameter of at least 15 or 20 centimetres.