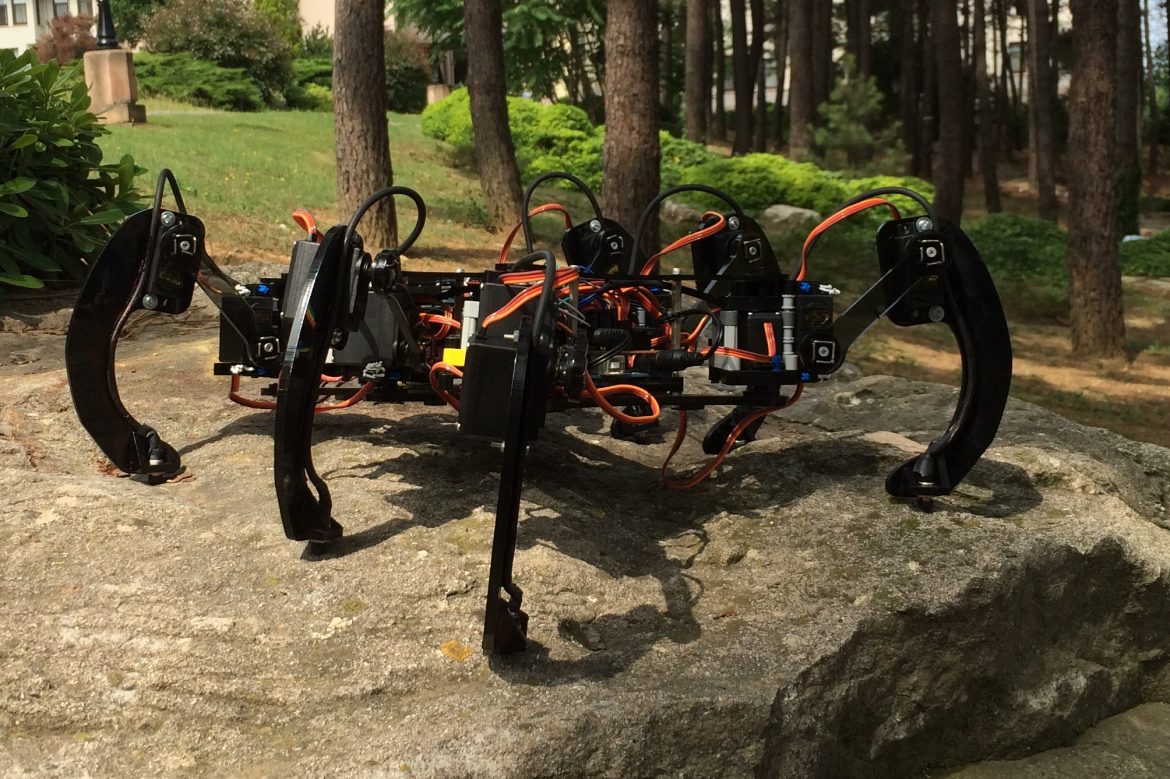 Mert Canat and Göksu Kara from Koç University Institute of Electrical and Electronics Engineering / Robotics and Automation Club are collecting the fruits of their self denying work. The robot Hexator that they produced returned from all the competitions with awards. Mert and Goksu told theri projects to KURIOUS.

Project Hexator claims that hexapod robots can be used for agricultural purposes instead of tractors in rough terrain. When we first started the project we wanted to improve ourselves technically and have real-life application of materials covered in the lectures. Since agriculture is an important issue in Turkey, we chose it to be our main interest. Merging hexapod and tractor, we named the project “Hexator”. The main idea is that a walking robot with high manoeuvrability can be used whenever a tractor cannot be used, such as in sloppy terrains. We believe that tractor tools can be used with a bigger version of robot we created.

Main sources we used were scientific articles and works of enthusiasts like us. Inspired by the animals, we tried to imitate their movement patterns. We developed a number of walking algorithms. We used a gyro sensor to sense slope of the terrain, and adjusted motor positions of the robot to provide a realistic response to changes in the environment. A graphical user interface is written for the robot. The robot is controlled wirelessly from a computer.

Mert and Göksu introduce themselves with these words:

I am Mert, a junior electrical & electronics engineering student. I am also a physics double major student. I used to work on mechanical systems at high school. Coding and microprocessors have become my main interest in college. I am the chairman of Robotics & Automation Society (RAS) at Koç IEEE Student Branch this year.

And I, Göksu KARA, am currently a senior student in Electrical and Electronics Engineering department. I am interested in robotics and its applications for two years. I have been working on “Hexatör” for one and half year. My partner and I started Hexatör project to investigate laws of physics. It is very exciting to see that the project received awards. I hope we succeed our future plans and see Hexatör used in agricultural production.