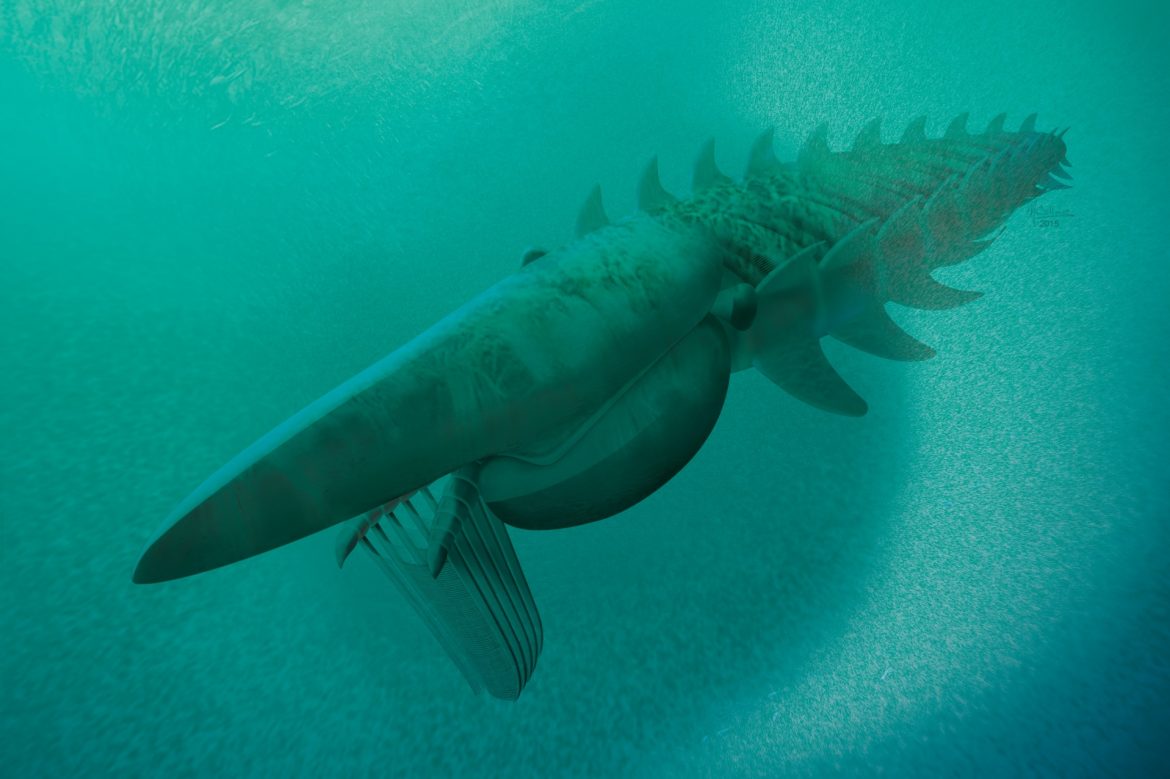 A number of recently discovered fossils in Morocco belonged to the largest marine animal of about half a billion years ago, paleontologists concluded. The fossils, some of which were nearly complete and measured up to two meters long and pieces of molted exoskeletons discovered in 480-million-year-old sediments exposed on a cliff side were of a transitional form which would later evolve into ancestors of modern marine and terrestrial arthropods, researchers believe.

Arthropods include a diverse group of animals including spiders, scorpions and insects on land and crabs and shrimp in  the seas, common features of which  are exoskeletons, segmented bodies and numerous, multi-jointed extremities.

The discovered species was named Aegirocassis benmoulae a montage of Aegir, the Nordic god of the seas, “cassis” the Latin word for helmet, and benmoulae, the collector who first discovered the fossils. Despite its gigantic size, it fed on microorganisms it filtered from the sea water

Biologists link gigantism with filter-feeding, pointing to the blue whale, the largest mammal, which feeds on “krill”, a collection of millimeter-sized animals it filters from the water as a modern-day example.

Aegirocassis benmoulae propelled itself by waving the lower parts of the flaps it had on both sides of its 11 segments, scientists believe.

The upper parts of the flaps harbored gills according to researchers. In time, these flaps are thought to have evolved into the branched legs of the arthropods. In crustaceans, a large group of modern marine arthropods, one of the branches carries the weight of the animal as it walks on the seafloor, while the other bears the gills.  In the course of evolution, branched legs disappeared from the land-dwelling arthropods as they developed alternative methods of respiration.