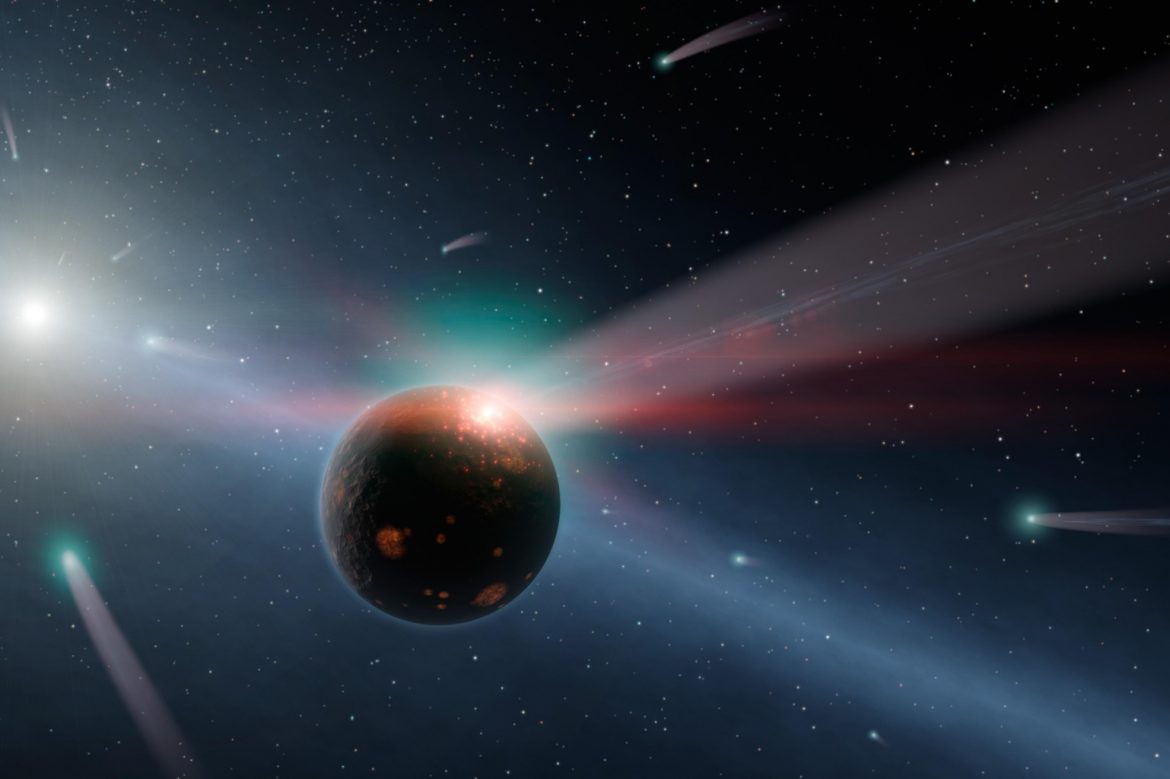 Scientists probing the geological formations at an ancient patch of real estate in South Africa have unearthed evidence for a knock-down punch delivered by a gigantic impactor 3.26 billion years ago, from which the early Earth seems to have struggled to get back on its feet.

The findings of geophysicist Norman Sleep and geologist Donald Lowe of the Stanford University studying the 100-kilometer-long and 60-kilometer-wide formation known as the Barberton greenstone belt, show that the asteroid, estimated to be between 37 and 58 kilometers across, or three to five times the size of the one that wiped out dinosaurs 65 million years ago, has wrought havoc incomparable in scale to anything on record since then.

It is believed to be one of the dozens of huge asteroids estimated to have struck the Earth at the closing phase of what is termed as the “late heavy bombardment” , a period when the inner Solar System planets came under a rain of huge asteroids and comets as the gravitational tug-of-war between the gas-giant outer planets caused the migration inward of Jupiter and sent Saturn outward. The eventual resonance established in the orbital periods of the two sent the remaining debris of the proto-planetary disk shooting inward to pummel the inner rocky planets or outward to eventually form the Kuiper Belt and the Oort Cloud.

The impactor hit the Earth at 20 kilometers per second, carving out a 500-kilometer crater into the its crust, largely covered by oceans, sending out seismic waves that caused half-hour-long, 11 magnitude earthquakes and tsunamis thousands of meters deep in the scenario reconstructed by the scientists. Researchers further theorized that the sky would have become red hot, atmosphere filled with dust, tops of oceans boiled, vaporized rock encircling the globe and raining as liquid droplets before solidifying and falling to the surface.

The Barberton greenstone belt which yielded the evidence through the marks left by the huge ground motion showed that the site of the impact itself was thousands of kilometers away, which the researchers were so far unable to locate.

Besides altering the early tectonic dynamics of the early Earth, the environmental changes let loose by the impact must have spelled doom for the microorganisms seeking a foothold in the developing world, making room for other organisms to evolve, the researchers speculate.