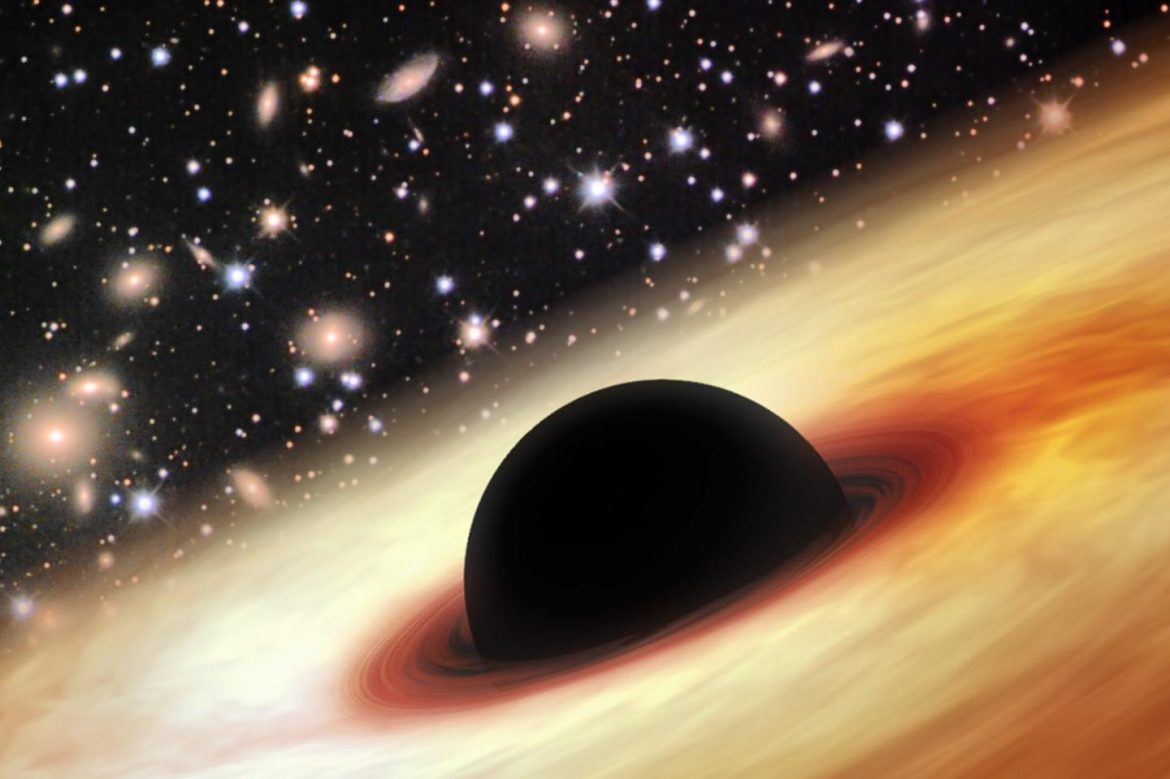 Powered by the 12 billion-solar-mass monster, quasar shines with the luminosity of 420 trillion suns

An international team led by astronomers from Peking University and the University of Arizona discovered the so-far-largest supermassive black hole and the brightest quasar it powered.

Quasars are ultra-luminous galaxies powered by supermassive black holes residing at their centers and actively accreting gas and stars around them. Thanks to mega surveys done with ever more sensitive observation tools, some 200,000 quasars have been discovered to date. The newly-discovered quasar, named SDSS J0100+2802, is 12.8 billion light years away. That means it formed just 900 million years after the Big Bang which created the universe.

Publishing the discovery in 26 February issue of Nature, researchers found that the quasar shone 420 trillion times brighter than the sun. That luminosity is seven times that of another quasar 13 billion light years away, which still holds on to the distance record.  The supermassive black hole at its center was calculated to pack 12 billion solar masses. By comparison, the giant sitting at the center of our own galaxy, The Milky Way, is a weakling, barely weighing 4 million suns.

What puzzles the researchers is how a black hole could acquire that much mass at a time the universe was in its infancy with stars and galaxies just beginning to form.

Supermassive black holes feed on giant gas clouds and stars around them. Once snared by its powerful gravitational pull, gas and dust forman accretion disk around the black hole, where they attain great velocities, heat up and emit X-rays. These X-rays are so intense that their pressure pushes back the good part of the matter in the disk and limits the black hole’s feast.

Researchers hope that the newly-discovered heavyweight champ, SDSS J0100+2802, will hold a new and powerful light onto the dynamics of the infant universe.