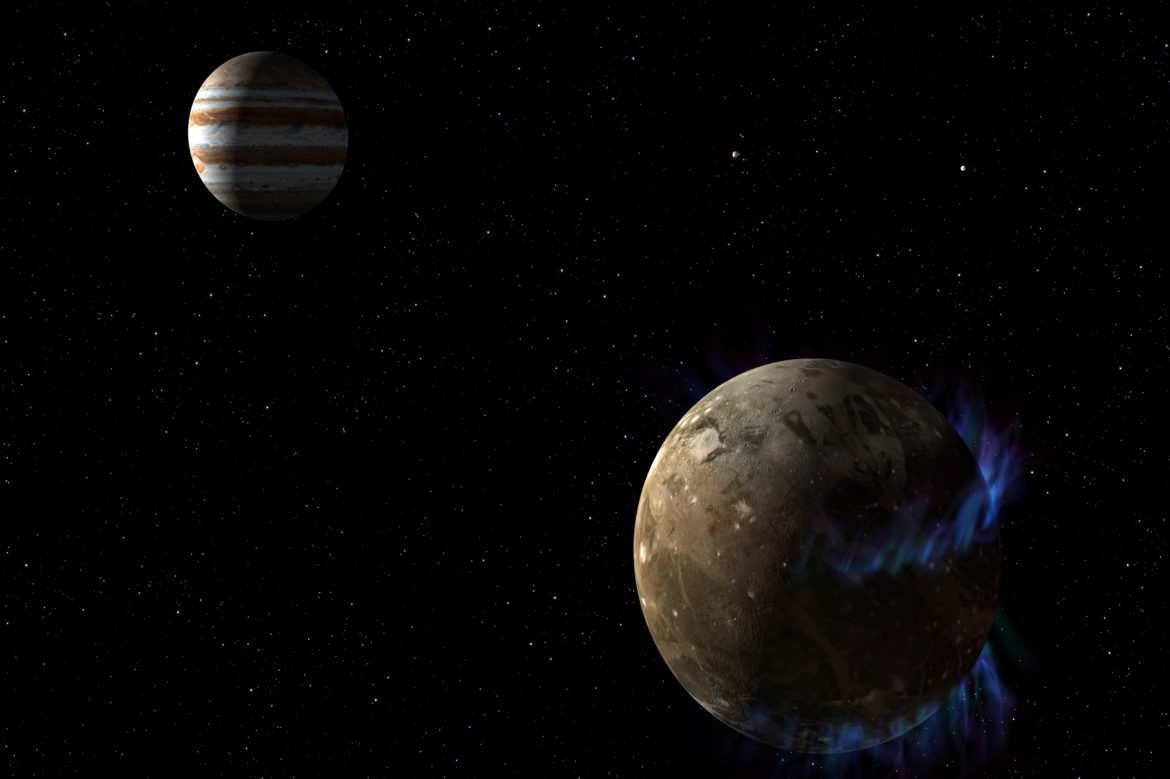 Contains more water than all the Earth oceans combined…

Studying the Hubble images of aurorae in the atmosphere of Ganymede, the largest moon of the Solar System, astronomers confirmed the presence of a deep global ocean underlying the icy crust. This ocean is calculated to have a volume exceeding the total volume of the oceans on Earth.

Since its mirror-like smooth surface hints that Ganymede was being resurfaced by the water rising from below, astronomers had been suspecting the existence of a submerged salt water ocean covering the moon since 1970s. The Galileo spacecraft which measured Ganymede’s magnetic field in 2002 had strengthened the evidence for the presence of a sub-surface liquid water ocean.

In the new study, astronomers, focusing on the shifting latitudes of the bands of aurorae which Hubble detected in ultraviolet wavelengths in the moon’s atmosphere, researchers charted the dynamics of interaction between the magnetic fields of Ganymede and Jupiter, which enabled them to determine the features of the sub-surface ocean.

According to NASA planetary scientists, besides the magnetic fields of Jupiter and its satellite, the former induces a third magnetic field in the saltwater ocean of Ganymede.  The magnetic friction caused by this induced field limits the shift of the aurorae belts.

From the findings, researchers deduce that the saltwater ocean covering Ganymede is 100-kilometer thick. This depth is about ten times that of Earth’s oceans. NASA scientists believe the ocean lies beneath the 150-kilometer-thick, mostly ice crust of Ganymede.

Besides Ganymede, another Jupiter moon, Europa, Saturn’s moons Titan and Enceladus and dwarf planet Ceres in the Asteroid Belt are thought to be other bodies harboring subsurface oceans in the Solar System.