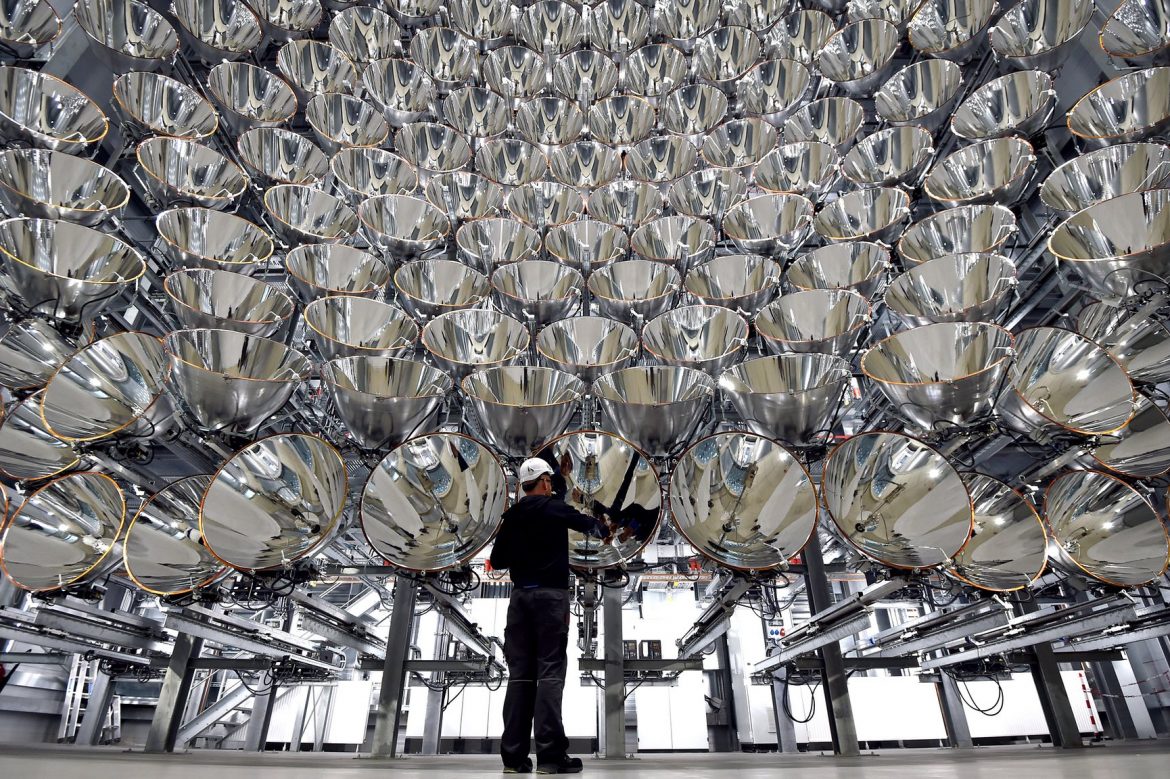 First Artificial Sun is Up

German scientists turned on Synlight, referred to as the world's largest artificial sun.

Located in Jülich, a town in west Germany, and featuring 149 Xenon short-arc lamps that produce a light intensity corresponding to more than 10 thousand times the natural sunlight on Earth's surface, the device aims to assist in the development of renewable energy and environment-friendly technologies.

The research is led by Bernhard Hoffschmidt, the director of German Aerospace Centre’s (DLR) Institute for Solar Research. The film projector spotlights on the device are able to produce roughly 4,000 times the wattage of the average light bulb and a total temperature of around 3,500 degrees Celsius.

The Synlight experiment’s first goal is to determine the optimal setup needed to use sunlight to power a reaction that produces hydrogen, a potential clean fuel that does not cause carbon emissions when burned. The experiment may also pave the way for innovations that will challenge global warming.

Hydrogen, despite being the most common element in the universe, is rare on Earth. One way to manufacture hydrogen is to split water into its components via a process called electrolysis, a process that uses electricity. However, scientists in DLR aim to bypass the electricity usage and benefit from the enormous amount of energy that reaches Earth in the form of sunlight.

The ultimate goal is to eventually use actual sunlight rather than the artificial light produced at the Jülich experiment, which cost 3.5 million euros to build and requires as much electricity in four hours as a four-person household would use in a year.