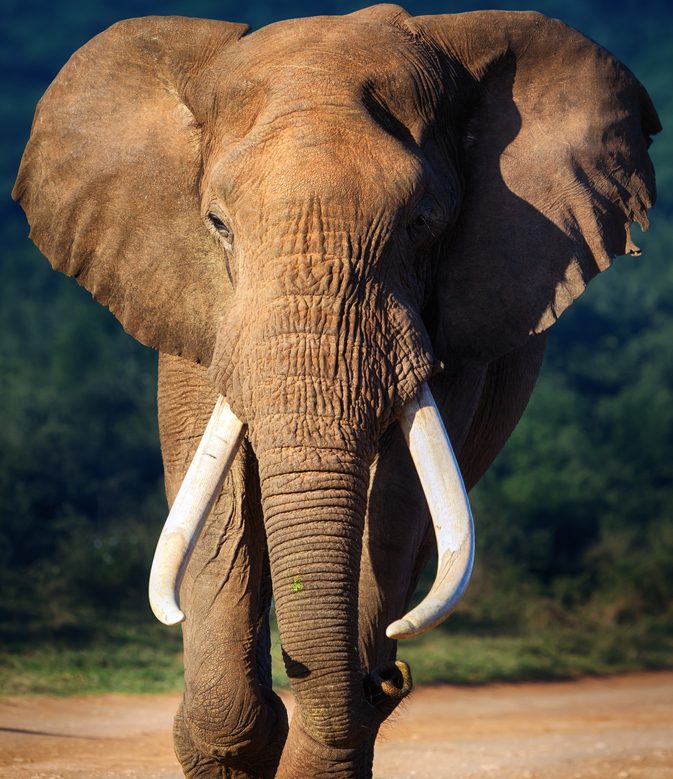 The elephant population in Gorongosa National Park is thought to have declined by 90% due to illegal hunting to cover the economic cost of the Mozambican civil war that began in the late 1970s and ended in 1992 (1 kg of ivory currently costs around $3,000). In the early 2000s, only around 200 elephants had remained in the region where thousands of elephants once roamed freely. According to a study published in Science in October 2021, scientists present evidence that these gigantic mammals that are hunted for their tusks have begun to evolve accordingly.

Tusks are vital for elephants. Within a year after birth, the primary teeth of baby elephants fall out and are replaced by these upper incisors. Elephants need their tusks to strip off tree bark, dig the ground in order to reach water or plant roots, and fight other elephants. As long as the elephant lives, its tusks continue to grow.

Before the war, about 18.5% of the female elephants in Gorongosa were congenitally tuskless. Of course, since these individuals were not very attractive to hunters, this trait is thought to have been passed on to offspring through artificial selection, as 33% of the 91 female elephants born after the war were congenitally tuskless. According to the mathematical models worked out by evolutionary biologists at Princeton University, there is a relationship between the selective hunting of females and the number of new offspring born without teeth. Another study conducted in Zambia’s South Luangwa National Park in 2008 indicates that the proportion of ungulate female elephants was 10.5% in 1969, while it increased to 38.2% in 1989 when the ivory wars were at their peak.

Previous studies had also shown how animals may change over only a few generations due to the hunting pressure, such as animals hunted for their horns developing smaller horns. However, it is difficult to speculate on the genetic causes of such events, as it is hard to separate the change resulting from hunting pressure from changes caused by other factors such as climate change.

The researchers noticed that this change was only seen in female elephants, and got suspicious of an X chromosome mutation dominant in females but fatal in males. By examining the genomes of female and male elephants, they were able to identify two genes responsible for the development of incisors, also in humans: AMELX and MEP1a. They mention strong evidence suggesting this change is indeed caused by hunting.

All these are expected to have further consequences for elephant populations. Through DNA scanning in elephant faeces, the researchers found out that female and male elephants feed on different plants. “Because elephants are keystone species, changes in their diet can change the whole landscape,” says biologist Robert Pringle, the study’s co-author. Furthermore, as the genes in question are fatal to males, meaning most of the new-born elephants will be females, it may have a limiting effect on the population growth of elephants. In other words, a feature that is handy during the tusk wars may have a serious cost in later periods.