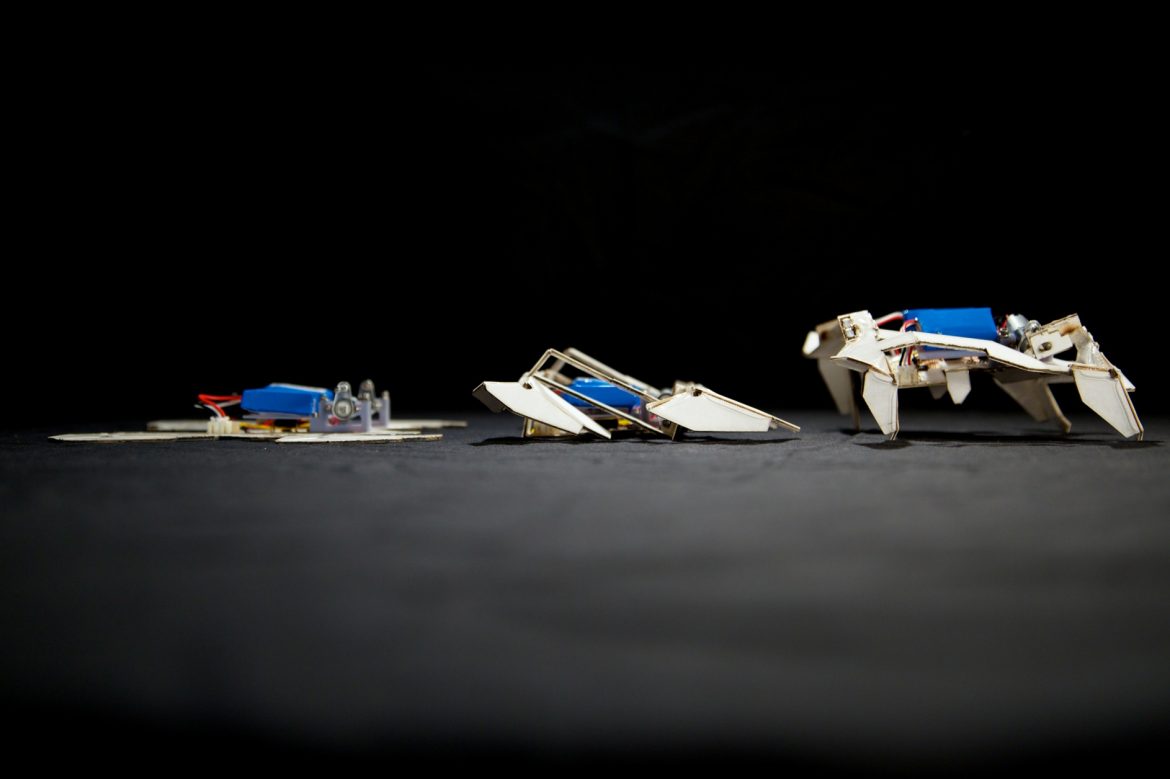 A small step for a robot; a great step for robotics!

The step might indeed be tiny compared to the one mentioned in the famous quote, but there is no doubt that the technological feat inspired by the ancient Japanese art of paper folding is to unfold a new chapter in the already dizzying progress in the robotics technology.

Described in a paper published in the 7 August issue of Science, the outstanding features of the robot is the relative simplicity of its manufacture, cheapness, suitability to scaling and mass production as well as its versatility permitting its utilization for a broad spectrum of diverse applications.  It is basically made of flat sheets of layered paper and polystyrene composite material, shape-memory polymers (which change shape when heated to over 100 degrees Celsius) and self-folding hinges with embedded heating circuits activating the polymers.

In the experiment, composite pieces of paper lying flat lifted themselves up, folding from a series of creases called “cyclic folds”, using tiny actuators, self-assembled into a functional machine in about four minutes and, as the polystyrene cooled and hardened,  crawled away at a pace of 5.4 centimeters per second and executed turns, all without any human manipulation and assistance.

The team, led by Sam Felton, working for a Ph.D. at Harvard University’s School of Engineering and Applied Sciences and the Wyss Institute for Biologically Inspired Engineering, foresees potential use for these self-folding machines at collapsed buildings, searching for survivors or victims, navigating through otherwise inaccessible narrow passages and tunnels.

Another area of potential use is identified as space missions — where hundreds of them could fold themselves into myriad configurations to be used for exploration.