Skip to content
Homepage Biology Do We Owe Life to Worms? 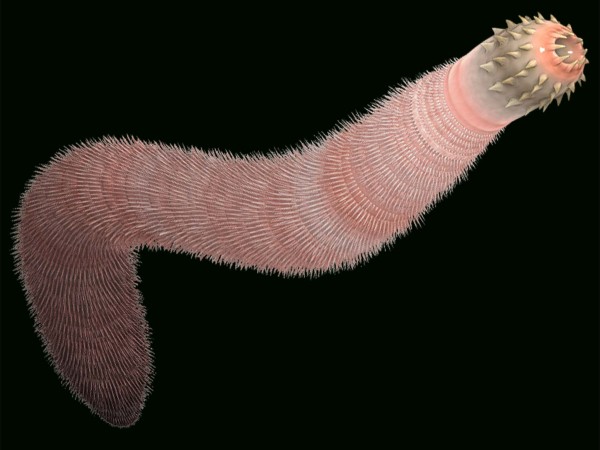 Do We Owe Life to Worms?

We may owe our lives to worms which burrowed under the ocean bed and stabilised the oxygen at the right levels according to a new theory. At the dawn of the Cambrian period about  570 million years ago,  multi-celled life forms which started to proliferate and diversify mainly in the oceans, needed stabilisation of oxygen at a critical level in order to evolve. For too little oxygen would doom the life at seas, while too much of it would result in catastrophic fires that would obliterate the plants, getting a foothold on land, at the strike of a lightning. Previous studies  had shown that oxygen levels had steadily declined in the oceans for about 30 million years,  starting 530 million years ago, before leveling off. But there was no proposed mechanism explaining why the oxygen levels did not hit the bottom but fluctuated within a narrow range.

In the model developed by the two researchers and their colleagues, these mud-eating, multi-celled organisms, some of which were worms up to 40 cm long, set off a chain of events which ultimately altered the chemical make up of Earth by burrowing in the ocean bed.

As these organisms,which mostly belong to a phylum of marine worms called Priapulida, dug into the seabed, they were exposing older layers of sediment to the seawater. Each new sediment settling on the seafloor contains colonies of bacteria. Coming into contact with oxygen in the seawater, these bacteria store a chemical called phosphate in their cells. Thus, it so happened that as these worms exposed ever new layers to seawater by the tunnels they dug, the phosphate stored in ocean sediments increased while it diminished in the seawater.

Since algae and other marine organisms depending on photosynthesis require phosphate for their development, the depleted phospahate in seawater slowed down their proliferation.  Less photosynthesis, on the other hand, meant less oxygen to be released into the oceans. Thus a a negative loop evolved,which automatically dropped the oxygen level as it increased. But why the oxygen did not get depleted to below the critical level? Because, the authors explain, depleted oxygen in  seawater means reduced numbers of worms. And this, in turn, means not enough tunnels for the further dips in oxygen levels.