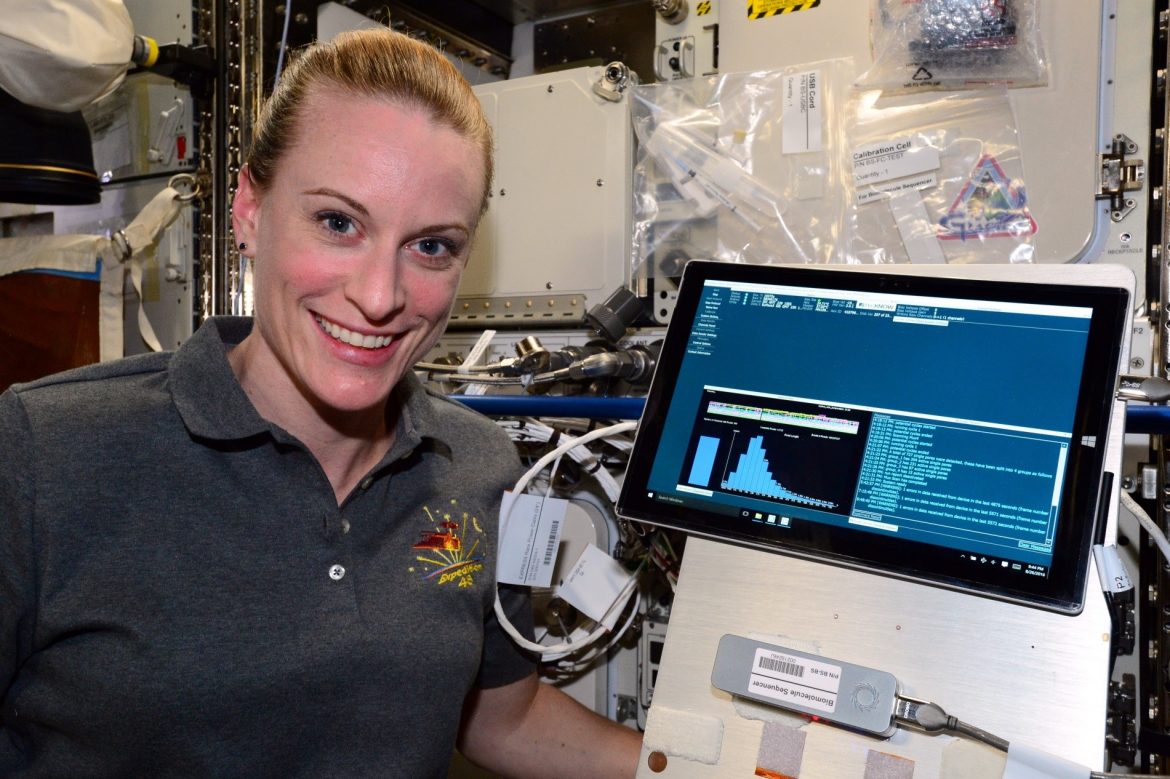 DNA base pairs had been successfully sequenced in microgravity in a milestone experiment conducted aboard the International Space Station (ISS), NASA announced.

Sequencing of one billion base pairs had been completed in the experiment started in late August, US astronaut Kate Rubins reported to ground control.

Bearing our genetic code, the double-stranded DNA molecule wrapped around chromosomes in the nucleus of our cells are made up of nucleotides likened to letters in the alphabet. Nucleotides, for their part, are made of pairs of simple sugar molecules called A (adenine), C (cytosine), G (guanine) and T (thymine). A binds only with T and C, only with G and together they form the “double helix” shaped DNA. The human genome, the collection of genes which determine our genetic traits and bodily functions, is made up of three billion base pairs. Distinct combinations of these letters form functional sequences called genes which code for proteins that determine our physical features such as our height, color of our eyes, hair, skin etc as well as our traits and susceptibility to diseases. Human genome is thought to be composed of 20,000 to 25,000 genes, supplemented by the non-coding “junk” DNA, which, however, were found to be playing important roles in our makeup despite the derogatory name.

The importance of the experiment on the ISS is that it opens the door to the development of new measures to keep the health of astronauts under control and ward off potential threats on long space missions, including the planned voyage to Mars, during which intervention from the Earth would not be forthcoming or an emergency return would not be possible

DNA sequencing in space will also enable the astronauts to diagnose possible diseases or identify the microbes in the ISS to see whether they pose a threat. A sizable microbial community is thought to be inhabiting the ISS, carried aboard by the faces or skins of about 200 astronauts who visited the station as well as the ferried equipment and supplies.

The experiment owed its success to a miniature sequencer called minION, developed by the Oxford University researchers and engineers (the silver-colored gadget visible underneath the computer screen in the photograph above). As the palm-sized device leaves no need for the dispatch of samples collected from the ISS to Earth for analysis, it saves time and money while also addressing the problem of dimensions and weight of conventional sequencers.

Further development of the technology will also enable the astronauts to identify the extra-terrestrial life forms they may encounter.