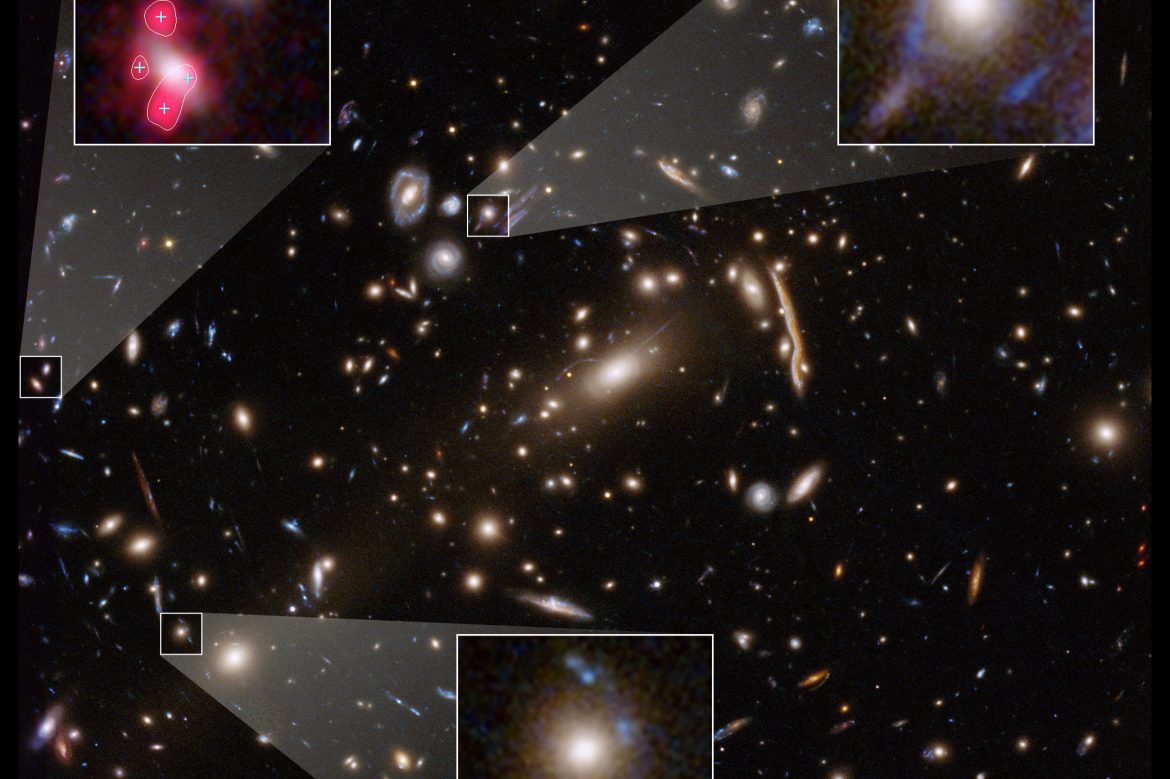 Astronomers have discovered there may be a missing component in our cosmic description of how dark matter behaves.

They revealed a significant discrepancy between the theoretical models of the dark matter distribution in galaxy clusters and observations of dark matter’s effect on clusters.

Scientists recently realized that dark matter makes up more than a quarter of the universe, but they haven’t yet figured out how to detect dark matter directly. This strange type of matter does not emit, absorb or reflect light; hence its name. Therefore, the only indicator of its existence is the gravitational pull it applies on the visible matter in space. One way astronomers can detect dark matter is to measure how gravity distorts space. This phenomenon is called the gravitational lensing. However, according to a new study published in Science, some small clusters distort space much more than scientists had anticipated.

The researchers found that small-scale dark matter concentrations in clusters had a gravitational lensing effect 10 times stronger than expected. This evidence is based on unprecedentedly detailed observations of several large galaxy clusters by NASA’s Hubble Space Telescope and the European Southern Observatory’s Very Large Telescope (VLT) in Chile.

This finding shows that these dark matter clusters in which the individual galaxies are embedded are much denser than expected. This could mean two things: Either the computer simulations used by researchers to predict galaxy cluster behaviour are wrong or the cosmologists’ understanding of dark matter is.

For this research, clear images obtained from Hubble were combined with spectrum analyses from the VLT, helping the team to create a highly accurate dark matter map. The team collected lensed images of the background galaxies, to calculate the amount and distribution of dark matter by measuring the lensing distortions. These observations show that actual galaxy clusters contain more high-density dark matter clusters than those in simulations.

But when the researchers combined this dark matter map with their predictions on what the modelled dark matter might look like in cluster galaxies, the two results did not overlap. This means that scientists are still not able to solve the riddle of how dark matter behaves.