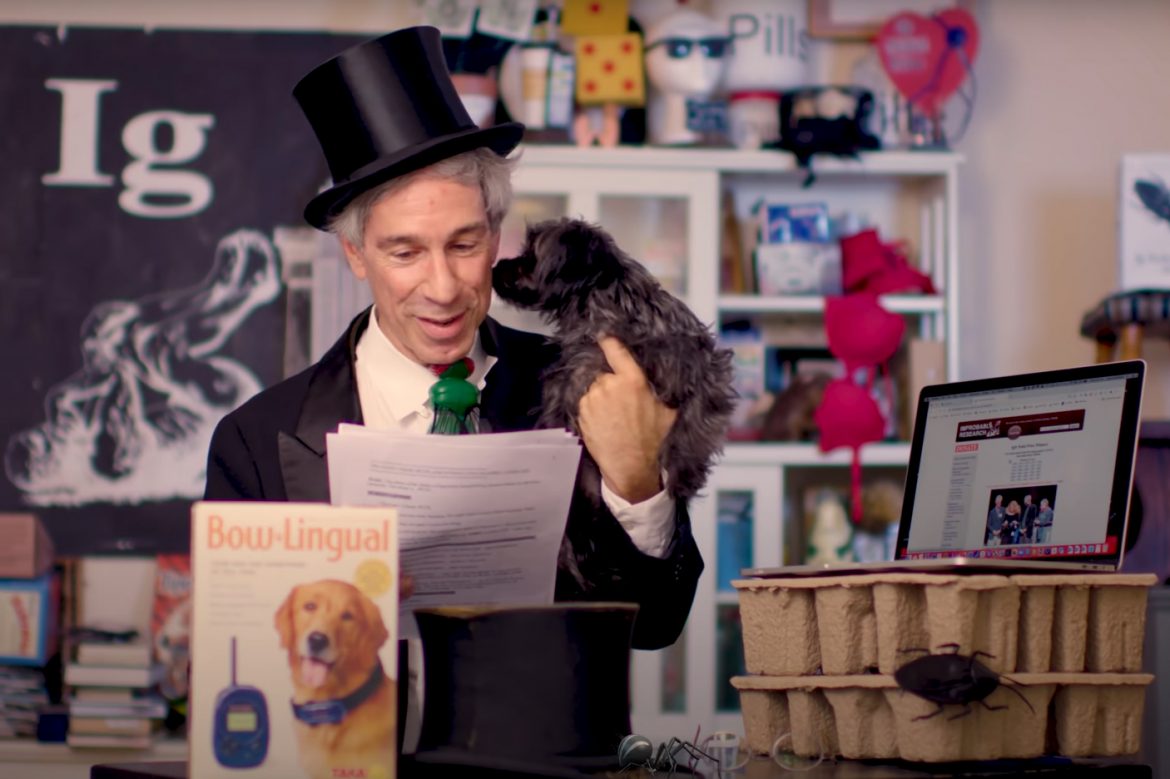 September is the month when the IgNobel prizes, perhaps the most colourful in the scientific world, meet their winners. The purpose of IgNobel prizes, which are given to works that seem quite mischievous at first glance, is actually to encourage creative and extraordinary thinking, thus increasing the interest and enthusiasm for science. For this reason, the committee elaborately chooses studies and events that make people “laugh, then think”

The Sanders Theater of Harvard University, which hosts the prize ceremony every year, was deprived of its guests filling their seats in interesting costumes and funny hats this year. This year’s ceremony was held online for the first time in its history, due to the COVID-19 pandemic. But still, it started by the traditional paper plane shooting of the audience, this time on-screen, of course.

Ceremony presenters met with the audience in front of their screens, from their favourite corner of their homes, sometimes sipping their coffee, and sometimes with the company of their cats and dogs. The theme of this year’s 30th IgNobel Prize Ceremony, which started with the traditional paper plane shooting session and “welcome welcome” speech, was “bugs”. The prizes were once again given to their owners by actual Nobel laureates, as is the tradition. To make the act of awarding a little more “physical”, this year’s prizes were designed as cube templates to be sent to the winners in pdf format. These cubes were printed and folded by their owners, thus to be displayed during the online ceremony as if they were actually handed from one screen to the other.

Without further ado, let’s move on to the winners of 2020 IgNobel prizes:

Physiology Prize: Miranda Giacomin and Nicholas Rule; for developing a method to tell if a person is a narcissist by looking at their eyebrows.

Peace Prize: Awarded to Indian and Pakistani diplomats; for ringing each other’s doorbells in the middle of the night and then running away. 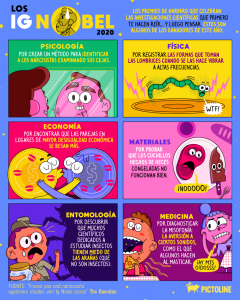 Physics Prize: Ivan Maksymov and Andriy Pototsky; for showing that the bodies of living earthworms start making a wobbling motion (similar to that on the water surface) when exposed to high-frequency vibration.

Economics Prize: An international research team led by Christopher D. Watkins; for trying to define the relationship between different countries’ national income inequality and the average amount of mouth-to-mouth kissing. For those who wonder, let’s add: In countries with a higher inequality of income, the average amount of mouth-to-mouth kissing turned out to be higher.

Management Prize: Five Chinese professional hitmen who managed a contract to get someone killed for money, but ended up hiring each other in a bizarre cycle where no one managed to kill anyone. (Of course, the whole event resulted in all five being arrested.)

Entomology Prize: Richard Vetter; for gathering evidence that many entomologists (scientists working with insects) have a fear of spiders. (Additional information: spiders are not members of the insects class.)

Medicine Prize: Nienke Vulink, Damiaan Denys, and Arnoud van Loon; for diagnosing “misophonia (discomfort from the chewing sound of others)” as a long-unrecognized medical condition.