Skip to content
Homepage astronomy CHEOPS on its Way! 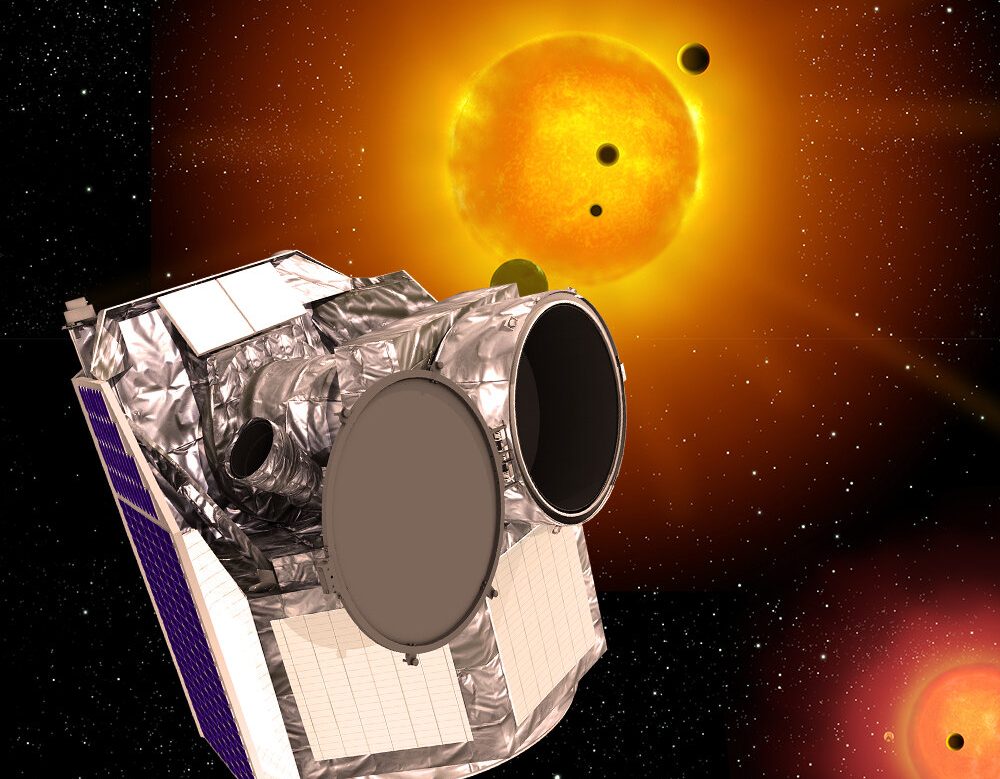 CHEOPS on its Way!

CHEOPS, ESA’s first mission directed at planets outside the Solar System, was not developed to search for new worlds. The actual idea was rather to collect data about planets that were previously found, to help researchers understand how these planets were formed.

While CHEOPS orbits the Earth, it will help scientists to estimate the diameters of planets outside the Solar System by measuring the light reductions created when they pass in front of their stars. A planet, depending on its size, blocks more or less of the light of its star. By measuring how dark the star becomes, researchers can estimate the planet’s circumference.

The size of a planet tells us a lot about the planet itself. Since we already know their mass thanks to ground-based spectrometry measurements, combining the size with such an accurate measurement provides us a lot of information about the composition of that planet -be it a terrestrial, rocky planet like Earth, or a gas giant like Jupiter.

Astronomers will also look for clues regarding the atmospheric composition of the planets by monitoring how fast the starlight darkens just before and after the transition. Also, there is always the possibility that some unexpected planets may pass in front of the stars while CHEOPS is observing.

CHEOPS was built around a 32 cm Ritchey-Chretien telescope. It is equipped with a number of devices, including a powerful photometer and a sun shield. The spacecraft was also adorned with two titanium plates, covered with miniature drawings made by schoolchildren.