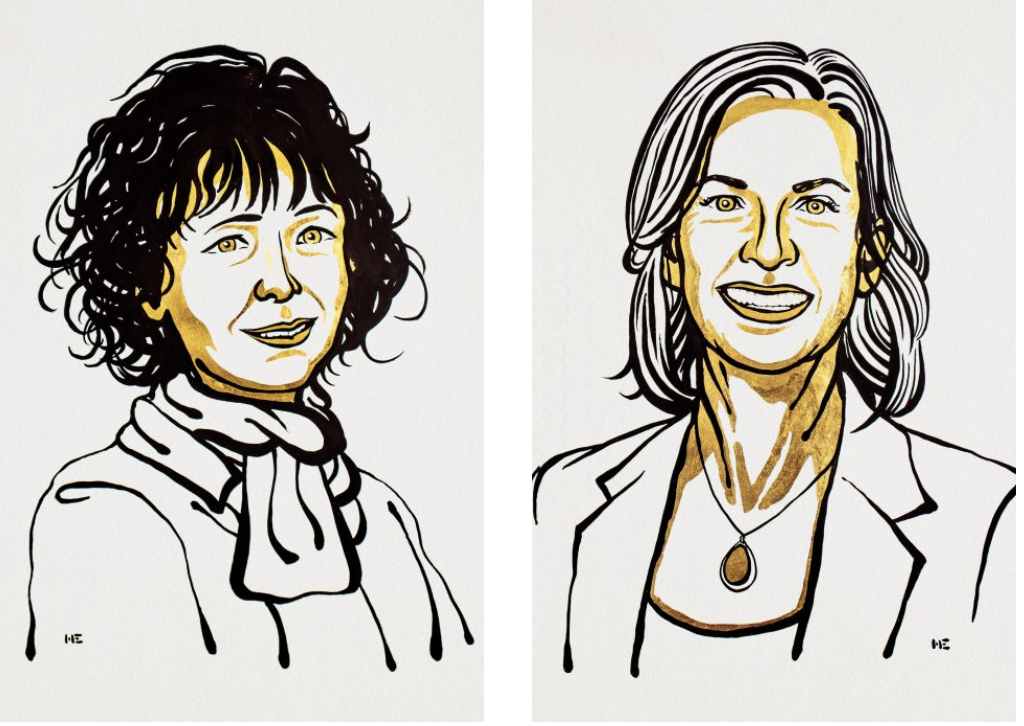 This year’s Nobel Prize in Chemistry was shared by Emmanuelle Charpentier and Jennifer A. Doudna, who discovered the ground breaking CRISPR/Cas9 technology. The two researchers were awarded “for the development of a method for genome editing”.

Charpentier and Doudna enabled life sciences to enter a new era with the technique they developed in 2012, and they are also the first two women to share this award in the history of Nobel Prizes. The genetic “scissors” called CRISPR/Cas9 allow scientists to rearrange the DNA of animals, plants and microorganisms with tremendous precision. According to experts, “The ability to cut DNA where you want has revolutionized the life sciences” and this is a very important technology that can be used in both basic research and the treatment of hereditary diseases.

Professor Charpentier wishes this award to be a positive message, especially for young women who are planning to take the path of science and to be a sign that women working in science can make a great impact on research studies.

Professor Charpentier, from the Max Planck Unit for the Science of Pathogens, discovered a new molecule called tracrRNA in 2011 while working on the bacterium Streptococcus pyogenes. She determined this molecule was a part of the immune defence system. Known as CRISPR-Cas, this system neutralizes the DNA of viruses by cutting them like a pair of scissors.

Shortly after publishing the results, she met Professor Doudna from the University of California. They decided to collaborate and began working on the bacteria’s “genetic scissors.” These scissors, normally able to identify the viral DNA, were reprogrammed by Charpentier and Doudna, allowing them to cut any DNA at any predetermined point. They published their results in 2012.

With the publication of this research, its field of use increased rapidly. Six months later, Feng Zhang of the Broad Institute discovered that CRISPR also works in mammalian cells. The institutions of the three scientists began a massive patent struggle for the intellectual property rights of this technology. In fact, the scientific community had thought that Zhang would also share the prize with the two ladies.

We heard the name of CRISPR technology quite frequently in recent years. In particular, studies carried out for the purpose of “producing” babies whose hereditary diseases have been eliminated via genetic editing using this technology cause serious ethical debate.

There existed various genome editing tools before CRISPR, but they were time consuming and tedious, and very expensive. CRISPR is not only very fast and efficient, it also allows multiple genes to be altered in a single experiment. The world of science agrees that a truly deserving study received the award after a long while and that the Nobel Committee made the right choice.