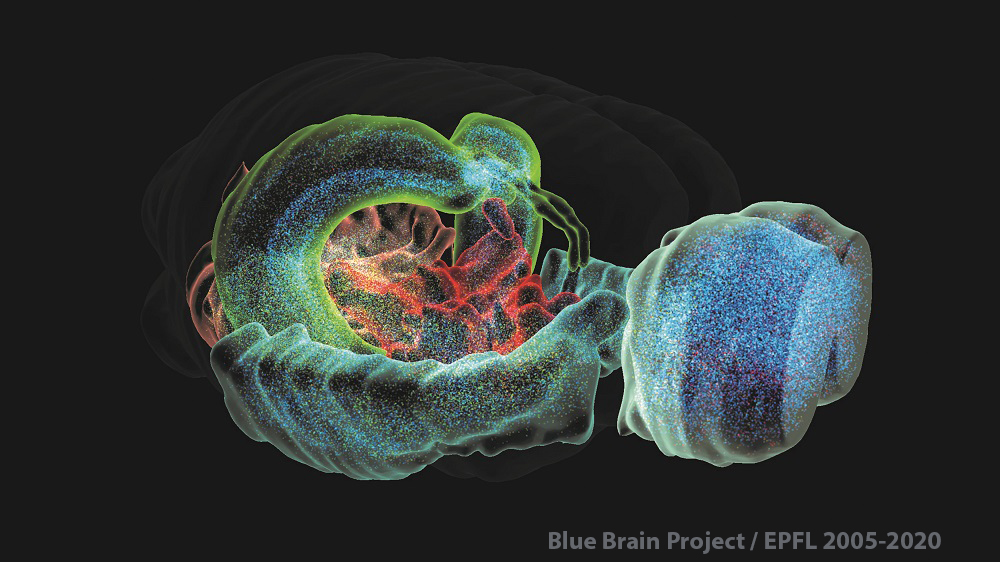 While our brain continues to impress and surprise us with its extremely complex structure, scientists found new evidence on how the “learning” process occurs. According to the research project called the Blue Brain, carried out by the Swiss Federal Institute of Technology Lausanne, our brain carries out information processing by forming different geometric shapes. These range from simple tetrahedrons or pentahedrons to complex geometric polyhedrons up to dimensions.

The project was kickstarted in 2005, with the purpose of creating digital copies of mice brains with actual biological details by using supercomputers and to run simulations on these digital copies in order to gain more insight about how the mammalian brain works. The latest finding of the project, which has already made numerous discoveries and produced over 170 scientific articles, created a great repercussion as it revealed an unexpected phenomenon.

The human brain contains an average of 86 billion neurons (nerve cells) and a similar amount of non-neuronal cells. About 19 percent of these neurons are located in the cortex, which is the outermost layer of the brain. The cortex, which is only seen in mammals, gives the brain its typical folded appearance and provides more surface area for neurons inside the limited volume of the skull. Only in very small mammals with very small brains, the cortex is smooth.

In close contact with the other layers of the brain, the cortex is responsible for receiving and processing sensory data, voluntary movements, our ability to perceive the world in a meaningful way and interact with it properly, language skills, and even abstract thinking.

The latest study of the project focused on the neocortex, which is thought to be the most developed and evolved part of the cortex. The team used a digital neocortex model completed in 2015 to study the movement of neurons using a mathematical system known as algebraic topology. When a stimulus was applied, the neurons behaved in a way that forms polyhedral geometric shapes in an extremely high and fine order, rather than a complicated but messy network as previously thought. The researchers then applied the same experiment on real brain tissue from rats and observed the same phenomenon. As more neuron connections got involved in information processing, the resulting geometric shapes became more complex. These shapes, which were observed to have up to 11 sides, were formed around a certain cavity, and once the information processing was finished, both the geometric shapes and the cavity simply disintegrated. Just like a sandcastle that gradually forms from scratch and then dissolves in an instant.

In the next step, the researchers plan to examine the role of plasticity (the process of strengthening or weakening connections between neurons in response to stimuli), which plays a key role in the brain’s learning function, using algebraic topology.