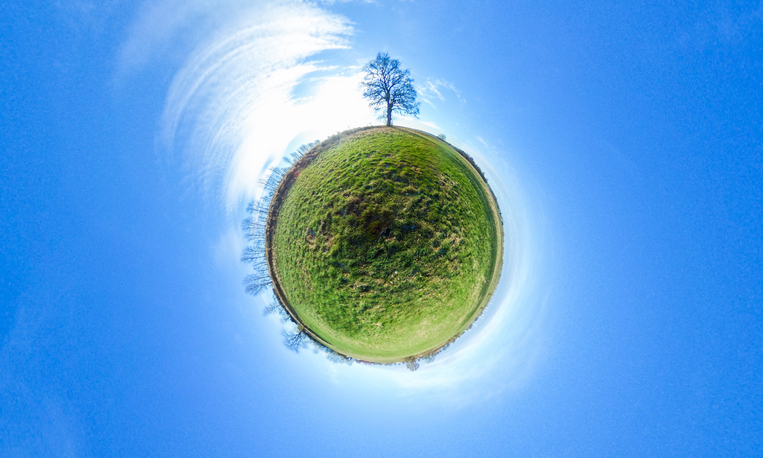 What did you do for soil today?

At its 68th routine meeting in December 2013, the United Nations General Assembly adopted December 5 as World Earth Day. World soil day was previously proposed by the International Union of the Soil Sciences in 2002 and finally became legit in 2013.

World Soil Day aims to emphasize the continuity of healthy ecosystems and human welfare, as well as the importance of food safety. Accordingly, on this day, the United Nations Food and Agriculture Organization (UN FAO) scrutinizes the challenges in soil management and organizes activities in order to teach practices to improve soil health to individuals, communities, organizations, and governments. Training, workshops, movie screenings, school programs, and volunteer events depict the importance of soil and the dangers of erosion. The theme of 2019 World Soil Day is “Stop soil erosion, Save our future” and you may show your support on social media with the tags ♯WorldSoilDay and ♯StopSoilErosion. 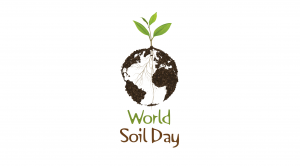 Why did the UN decide we need a World Soil Day?

Almost all living things on earth are dependent on soil. Photosynthetic plants, animals feeding on these plants, animals feeding on animals feeding on plants, and besides all these macro beings, a tremendous amount of beneficial microorganisms that survive under the soil despite great challenges: bacteria, fungi, nematodes, protozoans, and many others… (A teaspoonful of healthy garden soil contains around one billion bacteria and a few kilometres of fungal mycelium!). All have a specific role within the soil’s food web, and all perform important tasks. And all of this happens within a layer of only a few centimetres deep, the layer we call the topsoil. Depending on the geographic and climatic conditions, this layer may sometimes reach metres of depths or maybe only 2-3 centimetres thick, and completely absent in some desert regions.

While this soil can easily be lost, its regeneration through natural processes –unfortunately- can take hundreds of years.

According to some UN data:
– Every 5 seconds, an area with the size of a football field is destroyed by erosion.
– So far, 33% of the world’s soil has been eroded, and this rate is predicted to rise up to 90% by 2050.

Only the uppermost few centimetres of soil have elements to support life. There is no life in the deeper layers, and this uppermost layer is critical in order to sustain correct agricultural practices that will provide healthy food for everyone. However, this valuable resource is being destroyed by erosion due to various reasons. Faulty agricultural practices constitute the primary reason for erosion. The main reasons for erosion include the exposure of soil climatic events such as wind and rain, continuous ploughing of fertile soils especially for growing annual cereal and vegetable crops, the destruction of forests for farming and animal husbandry, and performing all these activities without considering necessary measures to prevent erosion. For example, the damage to tropical rainforests caused by the palm oil industry is a current ecological issue that is subjected to heated debate.

The fundamental reason for the downfall of ancient civilizations in the world is the collapse of their agricultural systems in one way or another; famine, drought, and wars resulting from this collapse have led to the destruction of major civilizations that once reigned. History of the Mesopotamian region, also known as the “fertile crescent”, witnessed a series of such catastrophes, and its former glory remains no more. Similarly, the fertile Loess Plateau, where the Chinese dynasty was born, became a desert due to several thousand years of soil abuse and is now completely uninhabitable because of systematic sandstorms.

Healthy soil, which contains plenty of organic matter, also has a high water holding capacity. Thus, it reduces the negative effects of natural events such as drought and flood. In a changing climate world, this is even more important.

What makes a healthy soil?

The main components of healthy soil are air (25%), water (25%), minerals (45% – 90 different minerals on average), and organic matter (5%). The organic matter (OM) is the most critical part. Organic matter helps the soil to breathe and hold water, provides minerals that transform into nutrients for the plants to use, and ensures that the provider of this transformation –the Soil Food Web- survives. The basis of OM is carbon.

One of the inevitable consequences of erosion, that is the loss of fertility, is the reduction of OM in the soil –that is to say, the reduction of carbon. The amount of OM that should be present in healthy agricultural soil is now set to be 2-3%. In Turkey’s soils, however, that is quite an optimistic proportion.

Carbon is also the leading actor in climate changing greenhouse gas emissions. The destruction of areas that have stored carbon for thousands of years (e.g. peat, frost layers, temperate forests) by humans and/or climate change (e.g. wildfires, melting of glaciers) causes a tremendous amount of carbon to be added into the atmosphere. A warmer atmosphere causes more carbon emissions, and this cycle continues in an ever-growing fashion. We should also not forget fossil fuels, the contribution of carbon fossilized under the pressure of soil for millions of years.

In short, one of the main ways to prevent erosion and to reduce the impacts of climate change is to increase the amount of carbon in the soil. While we continue developing technologies that allow re-depositing the carbon we have been releasing into the atmosphere by burning fossil fuels since the Industrial Revolution, we also need to encourage “carbon-positive” agricultural systems everywhere –as reducing or eliminating the harm caused by food cultivation itself will not be enough.

That is why the UN FAO is developing examples of practical applications around the world, focusing on both ecologically and socioeconomically sensitive areas.

Although each of the food cultivation methods known as organic farming, bio-agriculture, natural farming, permaculture, bio-dynamics, and many others has adopted different ideologies and methods, all of them are based on improving the soil. Rather than systems that do not harm the soil, “regenerative” agricultural systems that enrich the soil while producing food are becoming widespread.

Education and awareness practices are important steps to communicate with the masses about the problems of our world, why and how these problems occurred, and what can be done to address them. We need to learn how to work in an organized way when we face events like erosion, climate change, hunger, and drought. We need to learn how to do this on all socio-economic levels; laws and regulations at the state level, municipalities and neighbourhoods at the local level, and households at the individual level.

Anyone can be involved in the World Soil Day. You can find various activities from all over the world on the UN website, which supports all activities, studies, and research aiming for healthier soil and less erosion. In addition to seminars and volunteer work, tree planting campaigns are also practices supporting World Soil Day.

If you wish to reduce your individual carbon footprint, planting at least a few perennial trees each year is perhaps one of the easiest, enjoyable, and useful ways.