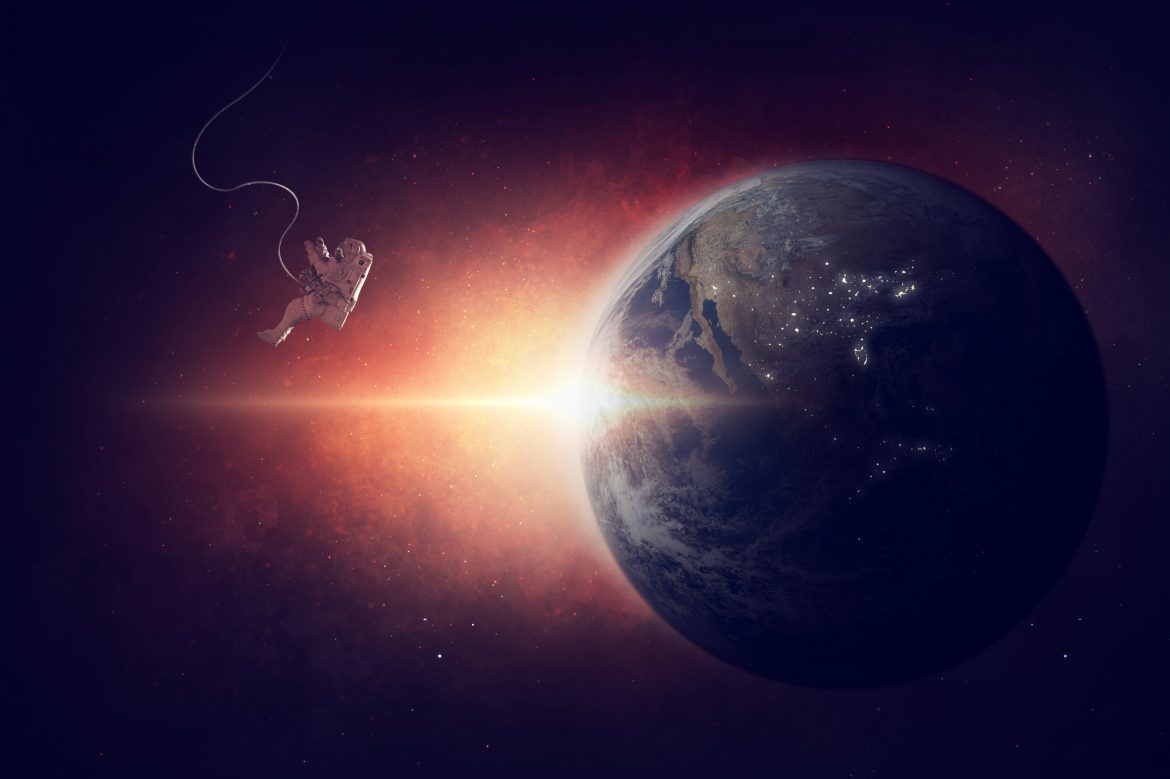 50th anniversary of the Earth Day will be celebrated worldwide on 22nd April 2020, with a range of environmental awareness raising activities as always. The theme for this year, is climate action. According to the Earth Day Network, the biggest problem threatening humanity’s future and the life support system for a habitable planet, is climate change.

Earth Day is also called the birthday of modern environmental activism and was first celebrated on 22nd April 1970 by millions of American citizens, accompanied by protests aiming environmental and climate related problems of the time. The decades leading to the 1970s witnessed a fast growing environmental pollution caused by inefficient automobiles, the leaded fuels they consumed, as well as various other industrial activities. At the time, these were not subject to any legal consequences, and companies responsible for environmental pollution did not face any PR challenges caused by their activities. As a matter of fact, the smell and smoke that caused air pollution were commonly accepted as the smell of prosperity and a symbol of modern technological society.

At this point, some developments linking environmental pollution and human health changed this perspective completely. The first was a book called The Silent Spring was written by Rachel Carson in 1962. It sold more than 500,000 copies worldwide, and drew up conclusions concerning the links between human-related destructive activities and the environment, life and ecology of the natural world. It pushed people to gain a brand new viewpoint about the place of humans in nature and became the ‘bible’ of environmental activists. It is still an important resource, which speaks out for environmental awareness, conscience and concerns for the changing natural balances.

Another was a massive oil spill that occurred in Santa Barbara in the state of California of the USA, in 1969. As one of the biggest environmental catastrophes known, this was a turning point for the advocates of environmental protection. 12 million litres of raw petrol, affecting more than 300 km2 of the coastal area, killed tens of thousands of birds, dolphins, seals and sea lions.

After this environmental disaster, an American senator from Wisconsin called Gaylord Nelson, inspired by the rising anti-war movement among students, wanted to infuse this anti-war energy with the emerging public consciousness about air and water pollution. He recruited a strong team of environmental activists and conservation-minded politicians in order to fuel public action against environmental pollution and announced a variety of teach-in activities on college campus grounds for 22nd April 29170. He then realized the power of such an idea and the potential to inspire all American citizens and decided to call it Earth Day. This immediately sparked national media attention and caught on across the whole country, paving the way for one of the biggest civil protests in the history of humankind.

In order to protest adverse environmental and health effects of 150 years of industrial development, 20 million American citizens gathered in the streets, parks, and other common spaces. The groups, which fought against oil spills, factories, power plants, waste water, toxic wastes, pesticides, loss of wildlife and animal extinctions individually, now gathered around common values and a common goal. The Earth Day brought together people from every layer of the society, from Republicans to Democrats, rich to poor, urban dwellers to farmers, business to labour leaders, and achieved a rare political alignment, which became the basis for many legal steps taken afterwards. By the end of 1970, the first Earth Day led to the creation of the United States Environmental Protection Agency and passage of other first of their kind environmental laws, including the National Environmental Education Act, the Occupational Safety and Health Act, and the Clean Air Act. Two years later, Congress passed the Clean Water Act and a year after that, the Endangered Species Act, followed by the Federal Insecticide, Fungicide and Rodenticide Acts. These legal developments protected millions of people from adverse health problems, and hundreds of species from extinction.

In 1990, celebrations for the 20th anniversary of the Earth Day witnessed much broader preparations. More than 200 million people from 141 countries elevated environmental problems to the world stage and paved the way for UN Rio de Janeiro World Summit of 1992.

Since the 1990s, Earth Day is being celebrated with ever-expanding attention, and with the help of internet as an indispensable tool for global communication, hundreds of millions of people are being involved in environmental activities worldwide. In recent years, centred around global warming and climate change, it is still focused on its original goals concerning environmental pollution, clean energy, fossil fuels and raising awareness regarding humanity’s future on this planet.

Without this spark from the 1970s, it would probably take much longer for the international arena to realize the importance of issues such as climate change, ozone layer depletion and wildlife extinctions, and nations to start looking for solutions on these matters. Maybe we would never meet Greta Thunberg, Time Person of the Year 2019, and Earth Day’s theme for this year, climate action.

It is clearly evident that it is not possible to deal with environmental problems without international efforts. For example, in the 1970s, nitrogen oxide emissions from thermal power plants in the United Kingdom, carried by atmospheric currents, caused extensive acid rains, fog and snow on Northern Europe, destroying forests and lakes in Germany and Sweden. In order to prevent such incidents, representatives of 113 countries signed the Stockholm Declaration (United Nations Human Environment Conference) in 1972 and recognized the basic human right to live in a healthy environment. An interesting thing about these international efforts however, was that the government of the United States of America was a strong advocate of environmental issues back then, contrary to its current standpoint. President Nixon, as infamous as he may be, formed many initiatives including whale hunt bans, preventing marine pollution and conserving wildlife. Developing countries, on the other hand, saw these actions as a threat to their industrialization, and preferred to keep their distance to such initiatives themselves.

The USA was also a leader in supporting the United Nations Environment Programme’s founding in 1972. UNEP’s success and activities may be controversial, but since the 1980s, it works towards organizing international efforts on protecting the ozone layer and is still centred on issues such as pollution, biodiversity and climate change. However, UNEP can keep on its activities only by financial support from developed countries, and the USA, formerly the biggest financial supporter of UNEP, contributed less and less every year since the 1980s, and now contributes very little; 30% less than what the Netherland contributes, which has an economy twenty times smaller than the USA. Currently, no other government has yet been able to fill the void left by the United States.

Set aside the historical and political background of the Earth Day, let’s see what’s on the agenda of the 2020 anniversary, while the planet is struggling with Covid-19 pandemic.

Earth Day Network chose this year’s theme as Climate Action, and sees the global climate change as the biggest threat to humanity, claiming that the humankind is going to face devastation, unless all countries start acting together. They remind that the countries, who signed the 2015 Paris Agreement, should start taking solid steps to show their commitment to the Agreement by the end of 2020. In order to achieve this, the Network encourages all people of the world to stand up, and act together for a zero-carbon future. Of course, reminding that this should not be limited to one day of the year.

The Great Global Clean-up is one of the main activities of Earth Day 2020. Estimated to be the biggest volunteer activity in history, it aims to remove billions of pieces of plastic from the urban environments, green areas and waters. You can follow the activities via a live map, and join a nearby clean-up. You just need to visit the relevant web page of the Earth Day Network.

Also, you can mark any educational, awareness-raising and informative activity concerning nature, environment, climate, ecology and other relevant topics, on the online map of the Earth Day Network, and make them visible to the whole world. You can find out about what’s happening in your area, and join one if you want to. All you need to do is to sign up on Earth Day Network’s web page.

Another official initiative of Earth Day 2020 celebrations is an online tool (app for smartphones and tablets), which lets you participate in a global citizen science project by putting in local environmental data (currently only air quality and plastic pollution data) to a common database. This app can be download via Earth Day Network’s website as well.

The current global pandemic situation and the related social distancing measures are complicating this whole endeavour a bit, because people not being able to gather, pops up questions about the success of these activities.

Of course, Earth Day is not just the only day of the year that you can help protect the environment. There are many small (and big) changes that you can make in your lifestyle, and these all help towards removing the reasons lie in the foundation of environmental problems. Some of these are:

It is questionable that if we still have the environmental enthusiasm and the spirit of the 1970s. But it is also evident that the world is not getting better for the past 50 years. Hereby, we would like to remind again the importance and power of individual change, that it is possible to be the change that we want to see, and that everyone on this planet needs to take responsible action towards a more sensible, conscious, healthy and a happy future for all humanity.