Skip to content
Homepage ARTICLES Back to the Moon 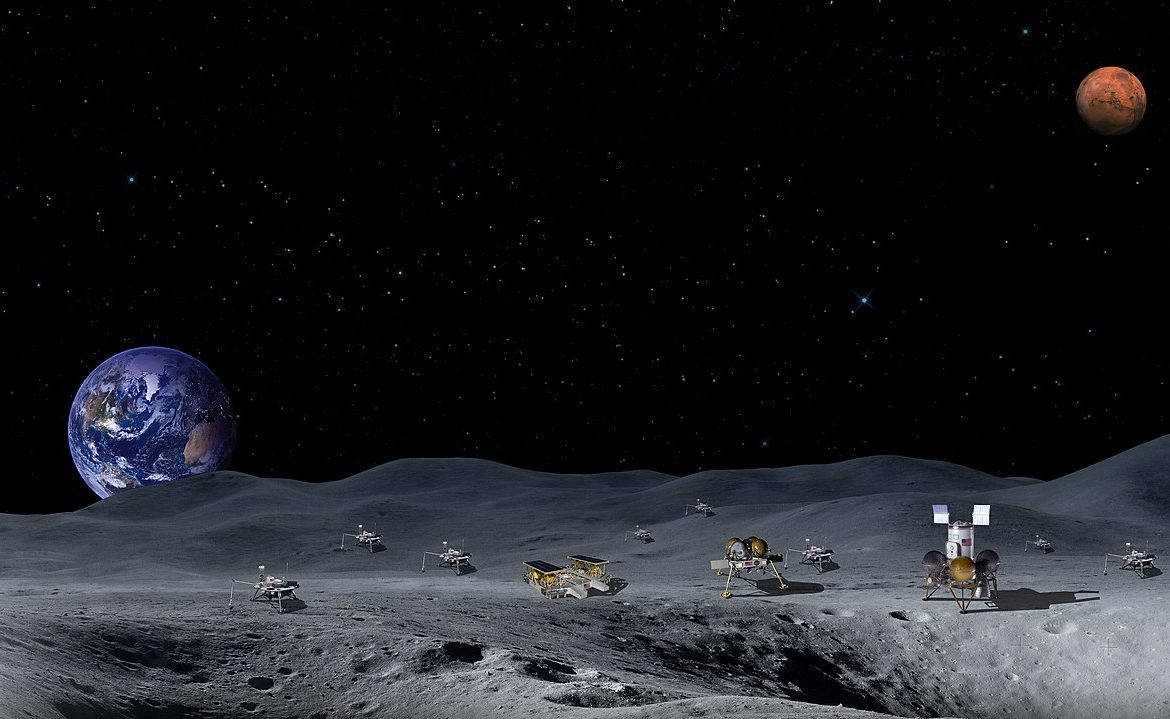 Back to the Moon

The year we’re in, 2022, marks the 50th anniversary of when humanity last set foot on the Moon. Astronaut Eugene Cernan was the last man to leave footprints on the Moon, in 1972. After that, for half a century, no human has travelled any further than the low Earth orbit (the area of space below an altitude of 2000 km).

For the past 50 years, space research institutions in different parts of the world, and NASA in particular, have made significant progress in robotic space exploration. With all the rapid advances in technology, humanity has once again –and inevitably- set its eyes on the Moon. The Artemis program, launched by NASA in 2017, materialised this idea by providing a new platform to restart manned missions to the Moon.

Why go back to the Moon?

From 1968 to 1972, only 24 astronauts travelled to lunar orbit as part of the Apollo missions, and only half of these two dozen people set foot on the lunar surface. The only thing these few selected persons have in common is that they are all white men.

In today’s world, where equity in every aspect is highly regarded, NASA also considers the importance of equality by choosing people of different races, colours and genders to send to the Moon.

The Artemis program plans not only to go to the Moon but also to stay there -so it goes one step further than the Apollo program, rather than being a mere repetition of it. Experts are looking into possibilities for establishing manned bases on both the lunar surface and in orbit. These bases are considered pivotal for testing technologies to be used in future far-space and deep-space travels.

Since current technological opportunities at hand and our knowledge about the Moon is far more advanced than before, the mission also involves a more in-depth and comprehensive exploration of different regions of our one and only satellite.

It is very important for NASA that space travel is no longer the monopoly of states, and is now open to a number of partnerships in terms of technology and innovation. Although SpaceX was chosen for the first manned mission to the Moon within the Artemis program, NASA has stated they are willing to support the development of a second manned spacecraft system by other private enterprises. Job opportunities and economic mobility brought along by such large-scale partnerships are among the expected positive returns of this project. 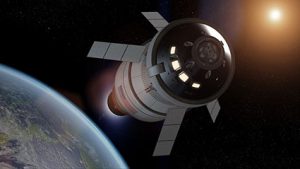 Another important objective of these missions is the search for extra-terrestrial resources for technologically important elements and minerals that are expensive and hard to access due to the dwindling nature of Earth’s resources as well as international conflicts.

Expected to launch in May or June 2022, the unmanned Artemis 1 mission will mark the debut of NASA’s massive Space Launch System (SLS) rocket. The giant rocket, which has been under development since 2011, is designed to grow and evolve over time, unlike previous human launch systems. The most important features of it will be the multiple launch configurations that will carry the vehicle, cargo and crew into the darkness of space.

The Block 1 configuration of the SLS, which is over 98 metres in length, will carry the unmanned Orion spacecraft into a stable orbit around the Moon, approximately 450,000 km away from the Earth, and then safely return the vehicle home.

Although the first mission will be unmanned, the SLS will not be exactly empty. At the time of its launch, the rocket will be carrying more than a dozen cubic satellites, capable of collecting data on their own despite their small size -not much larger than a breadbox.

SLS and the Orion capsule, which are in preparation for the Artemis 1 mission, have already taken their place on the launch pad as of March 18th.

If everything goes according to plan, the second mission, called Artemis 2, will carry astronauts around and behind the Moon in 2024. 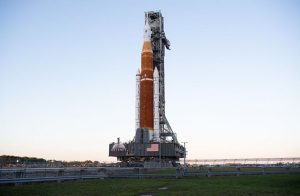 This is because the experts wish to ensure that all systems are operating optimally while the crew is still relatively close to Earth. The crew on board will travel about 7,500 km further from the Moon, before returning to Earth. The entire mission is expected to last for a little over 10 days.

Finally, Artemis 3 will land astronauts near the Moon’s south pole with the help of SpaceX’s Starship vehicle. SpaceX is getting closer to its goal with the 20th generation Starship prototype. Starship is a super heavy-duty rocket built to carry over 100 tons of payload. Unlike the SLS, the Starship is reusable and is designed to make a surface landing, besides sending cargo into space. This milestone flight is scheduled for 2025 or 2026.

What awaits us afterward?

Artemis is not just about the lunar surface. One of the most important parts of the program’s future steps is a station planned to be established in the orbit of the Moon. This station, called Gateway, is expected to be ready in November 2024 and is currently being designed to serve for 15 years. You may think of it as a second International Space Station, orbiting the Moon.

Astronauts in the Gateway will stay at the Habitation and Logistics Outpost (HALO). There will also be additional docking doors for cargo ships to arrive and depart. The astronauts will then return to Earth with the Starship Human Landing System (HLS), a lunar lander based on SpaceX’s current Starship.

Initially, the visits will be short and largely limited with the inside of the lander, but eventually, NASA plans to have astronauts living on the Moon for at least one month at a time at the Artemis Base Camp, which will be built on the lunar surface. In September 2021, the agency called on companies to submit their bids for next-generation spacesuit designs that Artemis astronauts would wear during their Moonwalk. 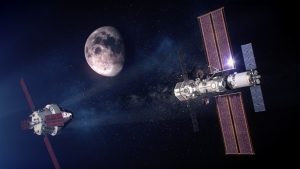 All these systems to be established are considered as preparation stations for future exploration voyages to Mars and then deeper into the Solar system. The Moon’s gravity, being six times weaker than that of the Earth, means less fuel consumption during the take-off of spaceships. Water, as abundant as it is on the lunar surface, will serve as an important source of highly valuable oxygen, which will be used both for the inside atmospheres and as rocket fuel.

This is one of the reasons why the Artemis Base Camp is currently planned to be located close to the south pole of the Moon. We already know that there is plenty of water in that region. The location is also advantageous for systems that benefit from solar energy, as it receives more sunlight than other regions. At the end of a few years spent on the lunar surface and orbit, we will have the necessary experience and knowledge for manned journeys to further destinations and for longer periods.

The launch of Artemis 1, which is expected in the coming months, has the potential of becoming one of the biggest steps in humanity’s space exploration. Keeping all fingers crossed that it will be a success!