Skip to content
Homepage ARTICLES 2019 Nobel Prize in Medicine: How We Adapt to Oxygen Deficiency 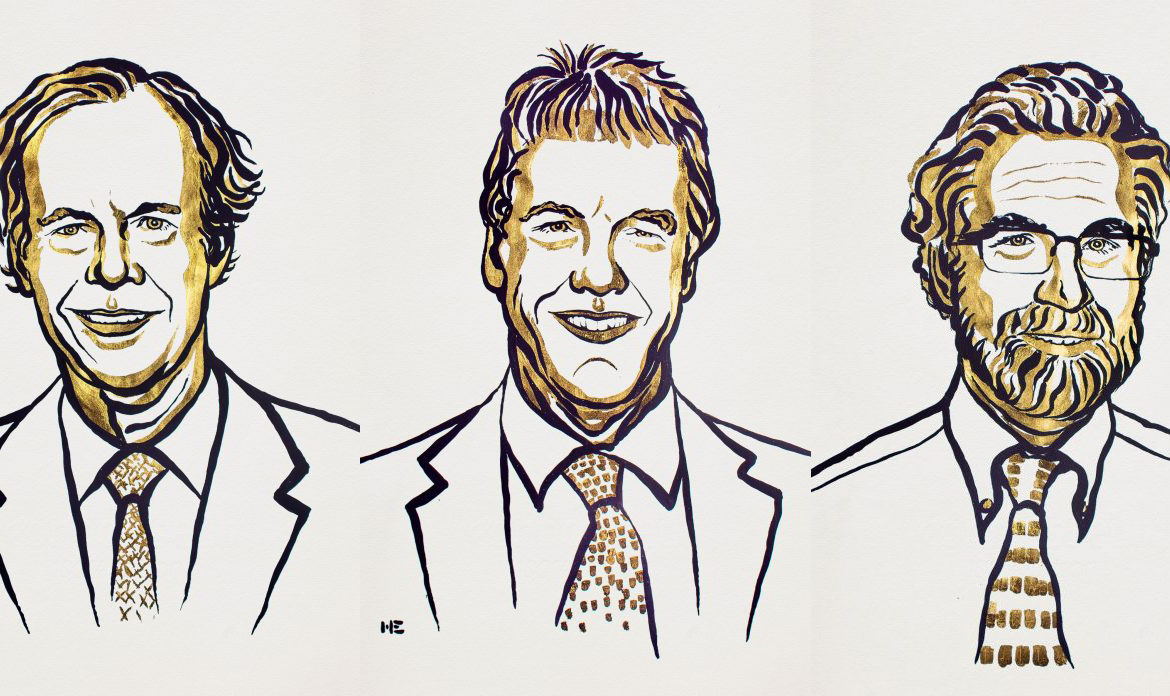 2019 Nobel Prize in Medicine: How We Adapt to Oxygen Deficiency

The Nobel Prize in physiology or medicine was awarded to three scientists this year. William G. Kaelin Jr., Peter J. Ratcliffe, and Gregg L. Semenza joined the 2019 Nobel Prize winners for their work on how cells sense and adapt to the amount of oxygen available for use.

Oxygen is vital for most life forms we know. Animal cells need oxygen to convert nutrients into usable energy. They perform this transformation in special organelles known as mitochondria. While some animals use the oxygen gas in the atmosphere, some are able to use the oxygen dissolved in water. We already know the importance of oxygen and how it is used, for years, but there was one thing we didn’t know: How do cells adapt to changes in oxygen levels?

There seems to be no oxygen problem near sea level. Or when everything is rosy in the body… But there are some cases when access to oxygen is pretty limited. For example, in certain diseases like cancer and anaemia, the number of blood cells becomes reduced so the cells cannot have sufficient oxygen supply. A similar issue is seen in diseases that restrict blood flow in the veins. Also, at high altitudes, oxygen levels are quite low. Even during heavy exercise, the body cannot have enough oxygen. However, we are able to adapt to these limited oxygen levels. Wonder how? This year, this is exactly what the Nobel-winners in medicine this year have succeeded to fully explain. They discovered a molecular mechanism that regulates the activity of certain genes in response to changes in oxygen levels.

Since cells cannot store oxygen, they constantly need a certain level of it. Lack of oxygen can result in the death of the brain and heart cells within minutes. Therefore, it is vital that the cells sense and adapt to the available oxygen levels.

The lack of oxygen in the body is called hypoxia. When oxygen levels drop, a protein complex called HIF (hypoxia-inducible factor) begins to accumulate in almost all cells. The accumulation of HIF increases the secretion of a hormone called erythropoietin, which accelerates the production of red blood cells that are responsible for carrying oxygen throughout the body. And now we know that this happens as a result of the increased efficiency of a gene responsible for the production of this enzyme.

One of the DNA-binding proteins on HIF is low in number when the oxygen is abundant, but increases in cells as soon as the oxygen levels drop. The same binding protein is normally rapidly destroyed in the body, while it is strictly protected against destruction during low levels of oxygen. VHL gene was also found to be involved in this destruction. In cancer cells where this gene does not function properly, genes that become active in oxygen deficiency are seen at abnormally high levels. Thus, new blood vessels are produced around cancer cells so cancer feeds itself. When a functional VHL gene is given to the cells, it all returns to normal. In other words, VHL can actually synthesize a protein that prevents the onset of cancer. Therefore, the relationship between HIF and VHL is crucial for cancer studies.

The same trio was awarded the Lasker Prize in 2016, one of the most respected awards in the scientific world, with the same study topic. However, three years ago, they had only discovered that erythropoietin helps cells to detect and adapt to changing oxygen levels. This time, they clarified the exact mechanism.

Even the first stage of their work paved the way for the development of highly useful drugs. One of these drugs, convincing the body that it is exposed to “high altitude” and thus giving it the message to produce more red blood cells, is already being used to treat anaemia. The latest discovery about cellular machinery may help to develop new strategies for the treatment of other diseases in addition to anaemia, including cardiovascular disorders and various types of cancer.