Skip to content
Homepage AGRICULTURE How Would You Prefer Your Toxin? 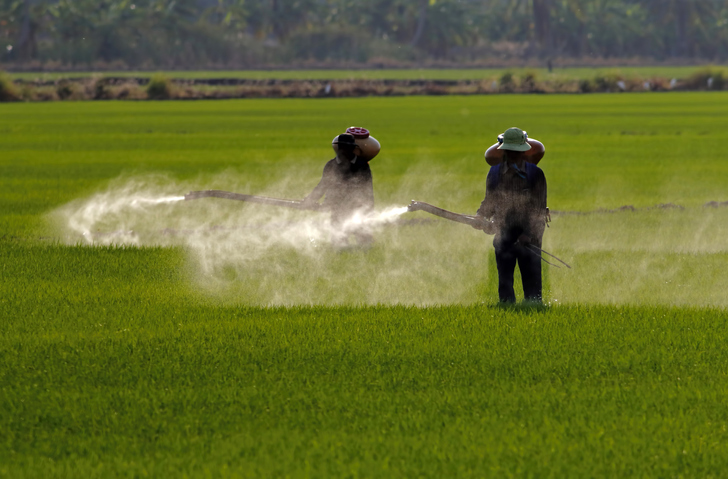 How Would You Prefer Your Toxin?

In a wide range of names, forms and brands, and with numerous effects, pesticides threaten the health of both humans and the environment. Pesticides, as one of the main actors of industrial farming practices that have intensified over the past decades, are often unconsciously applied. However, they pose serious environmental and health hazards by accumulating in soil, water resources, as well as the bodies of plants and animals. Moreover, most of them do not decompose in the soil for a long time.

In addition to playing havoc with the ecological balance in areas where they are used, pesticides can be transported further away by wind and water. It is well-known that they cause a number of health issues, from cancers to behavioural disorders. The groups at greatest risk are farmers and agricultural workers applying these synthetic toxins. Particularly in developing countries, the lack of education and awareness on this subject, the failure of state’s rural development institutions in adequately addressing the issue, and consequently, the frequent non-using of protective equipment lead to dangerous exposure to these toxins by inhalation or direct contact.

The suffix “-cide” adds a meaning of “killing, destructing” to the word. Some of these agricultural products target a specific species (a weed or an insect), killing only this particular species when used. However, thanks to scientific studies, the damage they cause to non-targeted organisms is also being unveiled. These toxins especially damage the endocrine system, leading to developmental and behavioural disorders in animals, as well as damage on reproductive systems by disrupting certain hormones. They can also cause diseases including cancers (prostate, testicular, breast, etc.), infertility, cardiovascular diseases, and even obesity. Babies in the womb and young children are much more vulnerable to such problems as they are at the very beginning of their physical development. Considering most agricultural workers are children, the danger is severe.

Perhaps the most famous of these synthetic toxins, DDT (dichloro-diphenyl-trichloroethane) is one of the first chemicals used for the purpose of killing insects. After World War II, it was introduced as a miracle chemical, effective in any kind of insect-related problem. Besides being effective and relatively inexpensive, its ability to remain in nature for a long time also played a role in making DDT so popular. DDT can cover very long distances in the upper layers of the atmosphere, and it is so persistent that even 40 years after its use is banned, we are still dealing with the health problems it caused. So, we know that it leads to unpredictable problems in the long haul. 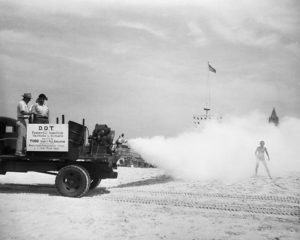 “Agent Orange”, a derivative of DDT, was used by the US military as a chemical weapon in Vietnam, Cambodia, and Laos between 1961 and 1971. In Vietnam, the amount used in an area of 18 million acres, just to destroy vegetation, is equal to millions of litres.

The use of DDT in the United States was banned in 1972 by the Environmental Protection Agency. In 2001, its agricultural use was entirely prohibited by the Stockholm Convention. Today, the only legally permitted use of DDT is for controlling the populations of malaria carrying mosquitoes. The active ingredient of DDT, dioxin, accumulates in the adipose tissues of birds, fish, reptiles, and other animals and it is extremely toxic, even in very small doses. Its carcinogenic effects are globally known.

The Colony Collapse Syndrome is a serious problem affecting honey bee populations all over the world, which has had great repercussions in recent years and still maintains its severity. Neonicotinoids, another group of synthetic active ingredients, are thought to play a leading role in this. The cause of the sudden collapse seen in large numbers of bee colonies was unclear at first, but then the eyes turned towards these agricultural toxins because of the bees’ role in pollination. The most famous of these, a herbicide called glyphosate, is claimed to make honey bees vulnerable to fatal infections by damaging beneficial bacteria in their bodies.

Glyphosate is the most striking example as the most popular one among the press. While it doesn’t affect crops that are made resistant to glyphosate by genetic engineering (GMOs), it kills all other plants wherever it is applied. Therefore, it is a ground-breaking innovation in agricultural weed control. However, like other agricultural toxins, it can accumulate in the body of animals and cause liver cancer, lymph cancer, and reproductive system disorders; disrupt the intestinal flora; and damage DNA in the embryo, placenta and umbilical cord.

In June this year, Alva and Alberta Pilliod of the United States filed a lawsuit against Bayer-Monsanto, which are sellers of glyphosate-based agricultural products. The final ruling forced this large company group to pay 2 billion dollars as compensation to the plaintiffs, both of which used glyphosate products without protection for years and were eventually diagnosed with lymphoma). A similar precedential case in March resulted in the payment of 80 million dollars in compensation to another US citizen diagnosed with glyphosate-induced lymphoma.

If so dangerous, why still around?

Things are a bit complicated because large multinational companies producing these chemicals have influence in the decision-making mechanisms of countries. The legal approval process for an agricultural chemical is quite complex and varies from country to country. Scientific data often gets twisted, or banning criteria can be stretched. Most of the time, especially in developing countries, even if legal legislation exists, the implementation of these laws and enforcements are very weak due to several social, economic and political reasons. When the lack of education is added to this, the situation gets more complicated.

Although the authorities are well-aware of this multiple active substance problem, they fail to take the necessary precautions.

A major factor that still contributes to the availability of these products is the fact that they produce fast results, are easy to apply, and are inexpensive. Farmers already facing a variety of difficulties do not know how to substitute for these synthetic products. On the downside, these products are used in larger doses than recommended because of due to ignorance or unawareness. For example, in Turkey, annual pesticide application on crops produced by industrial farming methods is 18.3 times for one pear, 11.3 times for one apple, and 10 times for one peach. Keep in mind that these products are poisonous.

According to the reports of the Food and Agriculture Organization (FAO), agricultural activities carried out with the right practices have the capacity to feed the entire world population. Various production systems and new farm designs that are not dependent on these agricultural toxins have already been under development for years. Integrated Pest Management, polyculture, crop rotation, green manure, no-tillage systems, and many other methods have been practiced for a long time, yielding favourable results. Passing the knowledge on these practices to farmers, plus simultaneous subsidies, educational services and other supports provided by the governments in this direction can open the doors of a healthier and more economic agricultural system.

Worse, the harmful active substances in the pesticides can be found in many other products that are readily available, and that we are constantly exposed to in our daily lives. PVC (Polyvinylchloride) and PC (Polycarbonate) materials, secrete chemicals that can disrupt the endocrine system, such as BPA and phthalate. Unfortunately, these materials are with us in all areas of our lives; baby pacifiers, drinking water pipes, furniture, etc.

In order to avoid agricultural toxins, namely herbicides, pesticides, and fungicides, it is important to question how the food we consume is produced and to get involved in civil society movements concerned with these topics. Whatever we do, we cannot change the fact that we are surrounded by these synthetic products. Food production, besides being an agricultural practice, is also a political activity. Consumers, manufacturers, importers, and exporters have power over the subject. In particular, retailers and wholesalers dealing with both consumers and manufacturers need to assimilate the situation and support better production systems alongside consumers.

A new project by Turkey’s Wheat Ecological Life Support Association (Buğday Ekolojik Yaşamı Destekleme Derneği) called “Non-toxic Tables” was started under the scope of the European Union’s Civil Society Dialogue Support Program. The project aims to raise awareness about the negative effects of agricultural toxins, to reduce the use of pesticides in Turkey, and to establish a nationwide network with the purpose of ensuring that non-governmental organizations concerned with this topic work more efficiently in cooperation. More than 85 NGO’s operating in areas such as consumer rights, health, agriculture, food, ecological living, nature conservation, and the environment have already started meetings to establish this network.

The main objective is to make the necessary changes in legislation and to carry out campaigns and lobbying efforts accordingly.