Skip to content
Homepage ARTICLES What Surprises Await Us in Space? 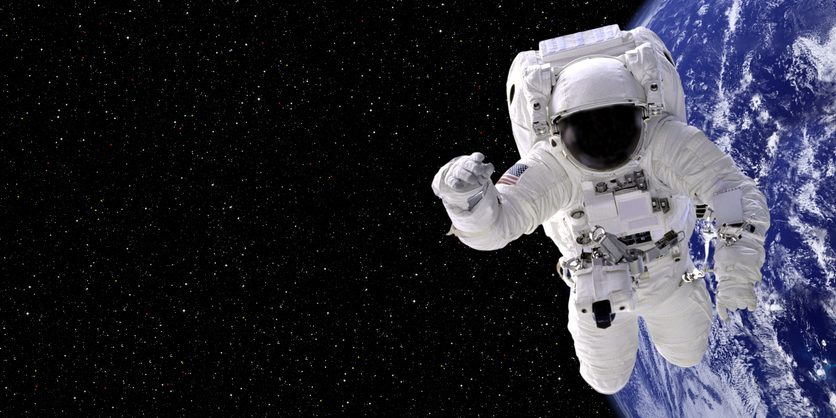 What Surprises Await Us in Space?

Astronomy enthusiasts from all over the globe witnessed a historical moment at the end of this month. NASA’s unmanned probe InSight, launched on May 5th 2018, landed on Mars after covering approximately 485 million kilometres in more than six months. InSight will measure the planetary seismic and thermal activities of Mars, as well as gathering information about its core, with the goal of shedding light on the Red Planet’s past and thus expanding our knowledge about Earth-like planets.

Journey to Mars has been keeping its fair spot on the agenda for a while. As you may know, it has been confirmed that humans will be sent to Mars by the 2030s. This departure that can take up to three to six months, plus a two-year wait for Mars to sufficiently approach Earth again, and the journey back means that the astronauts will have to live in microgravity for at least three years. This is more than twice the duration of humans’ longest stay in space. The record, for now, belongs to Valery Polyakov with 438 days.

Let’s say we took the challenge and got accepted, spent three years in space and came back, will we be able to pick up from where we left and carry on as if nothing had happened? This is the very question that NASA’s Human Research Project focuses on for about ten years.

Can you think of having to struggle with the challenges of leading a life away from family and friends, a diet strictly consisting of frozen food, an intense working schedule requiring an enormous amount of attention, and the stress of travelling with a handful of co-workers you don’t get to choose yourself? But before all these hopefully manageable psychological factors, we have to be able to estimate the risks that our physical health will be exposed to.

NASA tackles all these possible risks that may challenge future space-travellers under five categories: adjusting to gravity fields, isolation/containment, staying in a confined space, radiation, and being away from the world.

In 2016, a study was conducted in the USA involving the twin astronauts Scott and Mark Kelly. The research team published comparative results on the analysis of Scott Kelly, who spent a year in space, and his twin brother Mark Kelly, who remained on Earth. According to the results, Scott had grown 5 cm taller, got blurry vision and bone deformations, lost some of his motor skills, and his reaction time started to lag behind.

Scott Kelly shared a few of the most interesting physical changes he went through. The underside of his feet got baby-soft because of his skin flaking off, but the upper sides grew alligator-thick thanks to the constant clinging to rails. He also added that the sleep was never as restful as it is on Earth, due to the lack of feeling of being tucked in.

Are we more intelligent on Earth?

Shortly after, another study’s results were published in Microgravity. The study’s result suggested that we should expect changes in our brains’ neurological structure. Brain scans of 27 astronauts, prior to their space missions (which lasted for either two or six months) showed shrinking in the brain’s frontal and temporal lobes, and in the cerebellum, but an enlargement in the parietal lobe. The elevated levels of nitric oxide in blood increased the pressure to the back of the brain, forcing the blood-brain barrier open, although there was no evidence of structural brain damage.

The main reason for all these changes in the brain was undoubtedly the effect of microgravity. Although the scientists designed a rocket that can escape gravity during such a journey to Mars, they are still chasing a solution that will parry our bodies’ –and especially our brains’- reactions against microgravity. They say that attuning a body, which evolved to live on Earth instead of Mars, to the changes it will face while living in a nutshell in space is not as easy as it sounds. Apparently, the microgravity doesn’t only affect spatial orientation, head-eye and hand-eye coordination, balance, and mobilisation. There is the Charlie Brown effect, to begin with.

What is the Charlie Brown effect?

This is the name given to the phenomenon where the astronauts’ faces become red and bloated due to weightlessness.

The phenomenon resembles the blood shifting towards your head when you hang upside down and is described as “puffy head bird legs syndrome” by NASA astronaut Randy Bresnik.

Astronauts claim that they can feel half of the fluid in their bodies flowing upwards from their legs, causing a puffy-looking head and thinner legs. According to NASA, this syndrome is the main factor threatening the health of astronauts.

Withdrawal of bodily fluids towards the brain is quite important as it can directly affect the performance of astronauts by causing headaches and nausea similar to that in sea-sickness. Blurry vision is also among serious problems in need of a solution as another issue that can limit the astronauts’ thinking, concentration, reasoning and mobilisation skills.

Muscles getting weaker, including the heart

International Space Agency confirmed identifying isokinetic weakening of about 8-17 percent in most of the astronauts, regardless of their gender. Microgravity causes around 30 percent weakening in muscle strength after 110 to 237 days. Decreasing amount of blood flow, blood pressure, and heart’s blood pumping rate cause a decelerated heartbeat rate. This result changes the heart’s size and shape, as well the ventricle mass.

The loss of muscle mass resulting from reduced blood flow to the muscles directly affects the aerobic capacity. In just two weeks, the body’s capacity to use the oxygen declines about 25 percent, whereas longer periods up to 6 months the body appears to compensate with an increased aerobic capacity. The bitter truth is, though, it never returns to the pre-trip level.

This means that you must put up a good fight by sufficient exercise and diet in order to avoid deterioration of your muscles, and especially maintain your cardiovascular health in space.

NASA authorities estimate that the bone mineral density in space reduces about 1 percent every month, and mention that bones may not be fully restored to their original state upon returning to Earth, even with rehabilitation. Researchers do not feel the need to hide the fact that a quite fragile body awaits you at the end of your space adventure. Studies show that astronauts suffer a 3.5 percent loss of bone after 16 to 28 weeks in space, and especially about 97 percent loss of bone in weight-bearing bones such as the legs, and the pelvis.

Would you pass your kidney stones in space?

Although NASA researchers are planning to avoid this with the help of drugs containing potassium citrate, they still think that there is a high chance of developing kidney stones in space due to dehydration and extreme calcium release from the bones.

We must also include the immune system to the list of systems that will suffer the negative effects of spaceflight. Radiation, microgravity, stress, isolation, and changes in your biological clock that regulate your 24-hour sleep and wakefulness cycles are among the factors that will contribute to a weakened immune system.

All these factors suggest that a space trip will require an immense amount of physical and mental work, as much as an academic knowledge background, and that a trip to Mars will be a true test of endurance and resilience with all its still-undiscovered results.

So, do you still think a trip to Mars will be worth all the trouble?