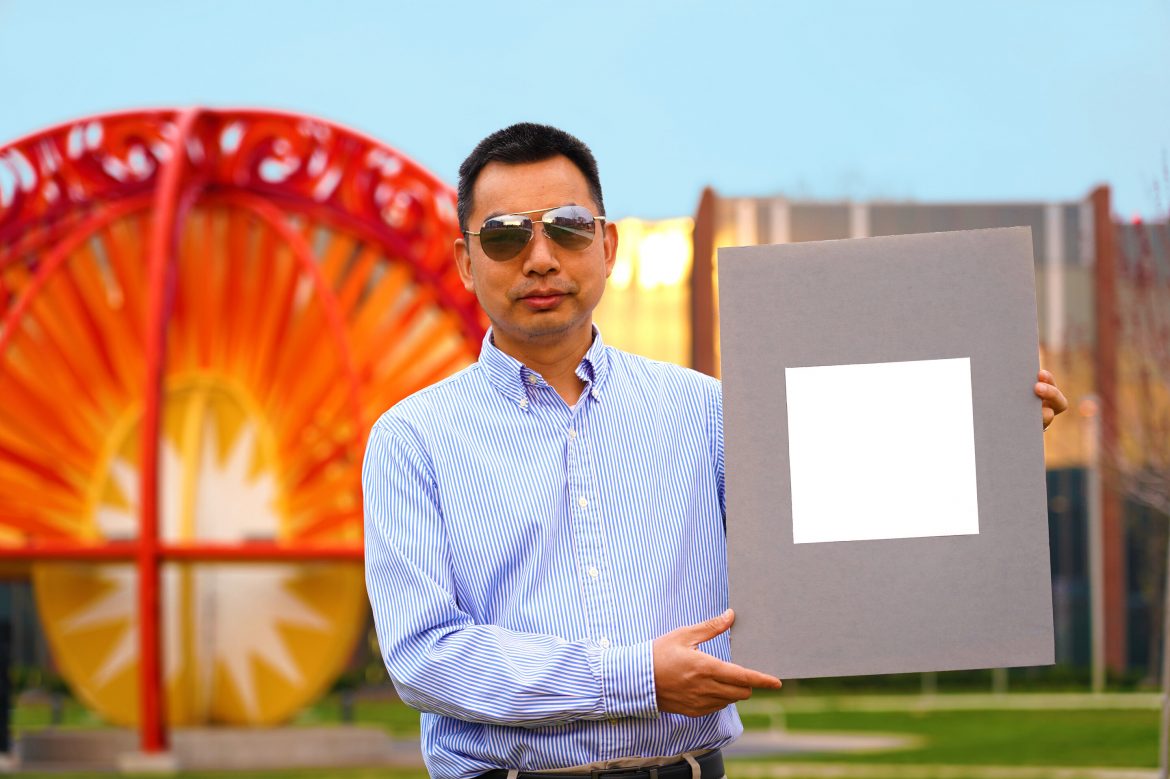 Whites Just Got Even Whiter

Researchers from the Purdue University in the USA have invented the whitest paint. Reflecting 98.1% of the sunlight, the new material is not only white, but it can also reflect infrared rays and thus stay cooler than other white surfaces. Standard white paints available on the market can only reflect 80-90% of the sunlight, and they cannot prevent heating.

Allegedly, a significant amount of energy can be saved with this new paint, which can be used to cover the exterior of buildings. “So if you were to use our paint to cover a roof area of about 93 sqare metres, we estimate you could get a cooling power of 10 kilowatts. That’s more powerful than the central air conditioners used by most houses” says Prof Xiulin Ruan. According to him, this is quite a serious figure because “every 1% of reflectance you get translates to 10 watts per metre squared less heat from the Sun,” he explains.

The researchers assert that this new white can be thought of as the opposite of Vantablack, the blackest material introduced in 2014, which can absorb 99.96% of light.

There are two main features of this white paint that make it so white. First, it contains a very high concentration of barium sulphate. This chemical compound is also used as a bleaching agent in cosmetics. The other is the different sizes of barium sulphate particles in the paint. The reflective properties of the particles depend on their size, and using particles of a variety of sizes allows a wider part of the sunlight’s spectrum to be reflected.

It has been observed that the surfaces on which the paint is applied remained about 10°C cooler compared to the ambient temperature at night, and around 4-5°C cooler during the daytime under the sun. In outdoor tests conducted on a cold day in winter, with an ambient temperature of 6°C, the surface painted with the white paint measured -3°C.

By increasing the particle density, it is possible to make the paint even more reflective. But then again, the paint may crack or peel off. The higher the density, the less the durability. The good part is the paint can be manufactured through industrial production processes, which means the current industry is able to produce this paint easily.

Scientists in pursuit of the whitest white tested 100 different materials before finding barium sulphate. Upon figuring out 10 promising materials, they tried 50 different formulas for each. In fact, this study covers a six-year period as an extension of studies that started in the 1970s. Scientists have long been researching reflective cooling methods that can replace air conditioners with high-energy costs. While the question of how effective this could be against global warming is still debatable, the US states of New York and California are already encouraging painting the roofs white.