Skip to content
Homepage Biology When Life’s at Stake... Evolution on Hyperdrive 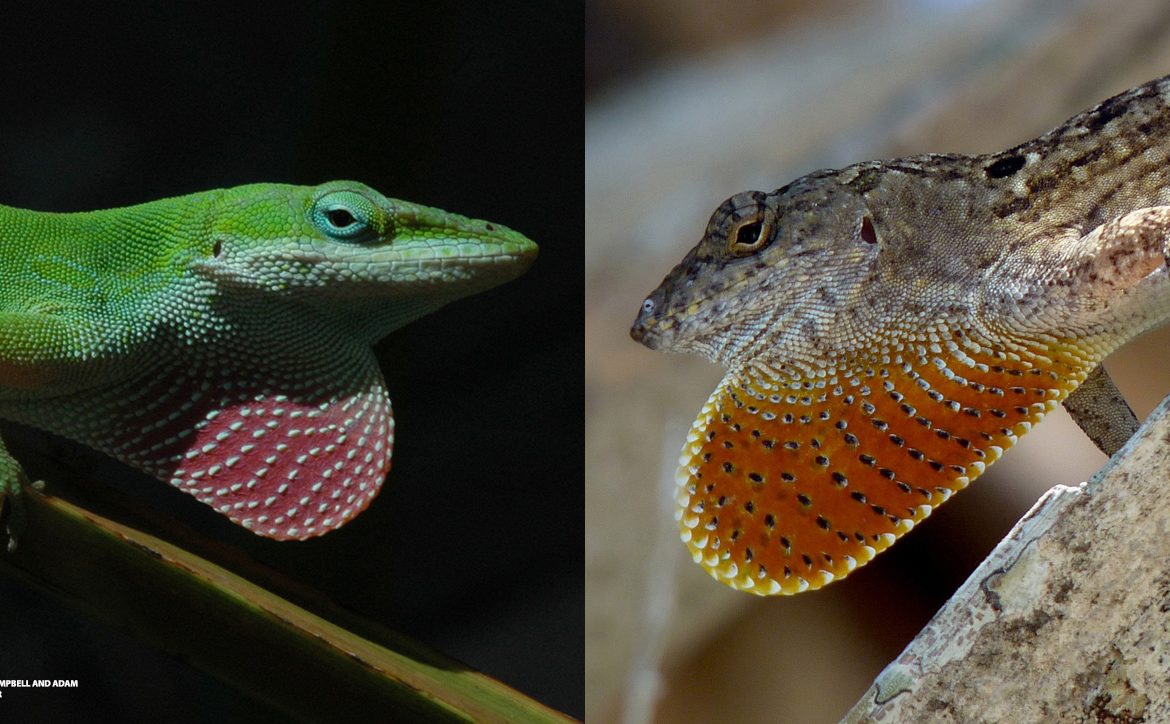 When Life’s at Stake… Evolution on Hyperdrive

Green lizards (anoles) living on islands off Florida were observed to have evolved in just 15 years in order to survive in the face of competition from the invasive brown anoles arriving from Cuba.

Joel stewart, a postdoc at the Integrative Biology Departmant of Texas University at Austin reported in journal Science that the reptiles, forced to perch higher on trees due to pressure from the invaders, had gained proper equipment facilitating the task within the course of 20 generations.

The change has taken the form of larger pads under their toes which provide a better hold on more slender and smoother upper branches.

Had the humans evolved at the same rate, an average american of 5 foot 9 inches height, would soar to 6 foot 4 inches within 20 generations, the researcher notes.

Brown anoles, normally endemic to Cuba and Bahamas, were first seen in southern Florida in 1950s and from then on spread to the south of the United States and even to Hawaii, having likely arrived aboard freighters bringing in agriculural cargo from the pre-revolution Cuba.

The study is seen as one of the rarely observed examples of what the evolutionary biologists call “character displacement” observed among similar species evolving differences to gain advantage in the competition for a resources-rich ecological niche. In this case, competion for food sources and territory seems to be the force driving the hyper evolution of green anoles.

Stuart has observed that mature lizards of both species include the hatchlings of the rivals in their menu.  “So it may be that if you’re a hatchling, you need to move up into the trees quickly or you’ll get eaten,” says Stuart. “Maybe if you have bigger toe pads, you’ll do that better than if you don’t.”