Skip to content
Homepage Fizik What Happens if all Humanity Cries? 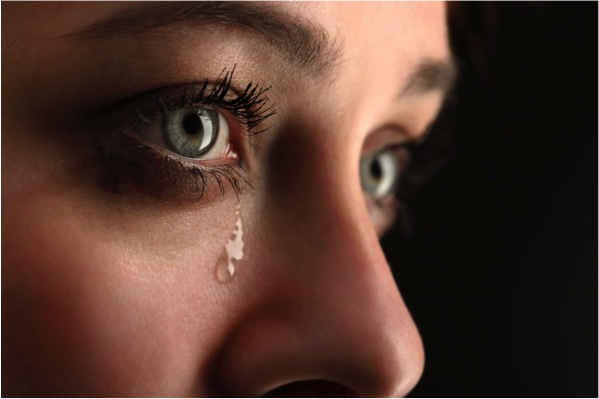 What Happens if all Humanity Cries?

Can a river be cried?

If suddenly all the people in the world begin to cry, will shed tears form a river?

“Cry me a river”, the putdown expression stems from the title of the song originally written by Arthur Hamilton, which American singer Justin Timberlake borrowed to storm the lists and bag a Grammy Award with similar lyrics. The title of the song, sang by a man (reputedly Timberlake) to a lover (reputedly Britney Spears) who after abandoning him wants to make up, has become a phrase used to mean “too late now!”

Two Natural Sciences students at the University of Leicester, reportedly motivated by the Leicester City’s march towards victory in the Premier League, researched whether it was possible to cry a river in an apparent jibe at runners- up, Tottenham. The paper was published in the Journal of Interdisciplinary Science Topics, the university’s peer-reviewed student journal.

Reasoning that it would take no less than collective tears of the whole world population to fill a river, students Leah Ashley and Robbie Roe began searching for a suitable one and stumbled on Roe River in Montana, United States, which entered the Guinness Book of Records as the world’s shortest river with a length of mere 61 meters.

Taking the minimum volume of 709.190.040 liters per day, they divided it with the 1,2-microliter –per-minute flow rate of a teardrop which adds up to 1.728 microliters per day, arriving at the conclusion that number of people that would be able to cry a river would be 410 billion. Since the Earth’s current population stands at 7,408 billion, tears shed by whole humanity will remain way short of providing a day’s flow to even the shortest of rivers.

So, what is the volume that can be filled if all the people on Earth were moved to tears over a reason more serious than soccer standings? Combing the literature on the subject, student researchers found that the volume of a single teardrop was given as 6,2 microliters in a previous study. Multiplying that with the above-given world population, they arrived at the result that if all the people cried a single tear, the sum would add up to 45.9930 liters.

The two students then calculated the volume of water which would fill an Olympic-size swimming pool 50 meters long, 25 meters wide and two meters deep, the result being 2.500.000 liters.

Dividing this with the total volume of a teardrop from every human gives the number 54,43. The result shows that each person would have to shed 55 tears to help fill an Olympic swimming pool.

The paper concludes that “Arthur Hamilton would be sorely disappointed if he expected someone to respond to his suggestion of crying a river, as the whole world’s tears would not be able to produce a flow rate equivalent to that of the shortest river. However, he may find solace in that if the Earth’s
population was moved strongly enough, an Olympic size swimming pool of tears could be produced.”

“An important part of being a professional scientist (as well as many other professions) is the ability to make connections between the vast quantity of information students have at their command, and being able to utilise the knowledge and techniques they have previously mastered in a new or novel context,” Dr. Cheryl Hurkett, notes, describing the purpose of the journal as “providing an opportunity for the students to practice this way of thinking.”