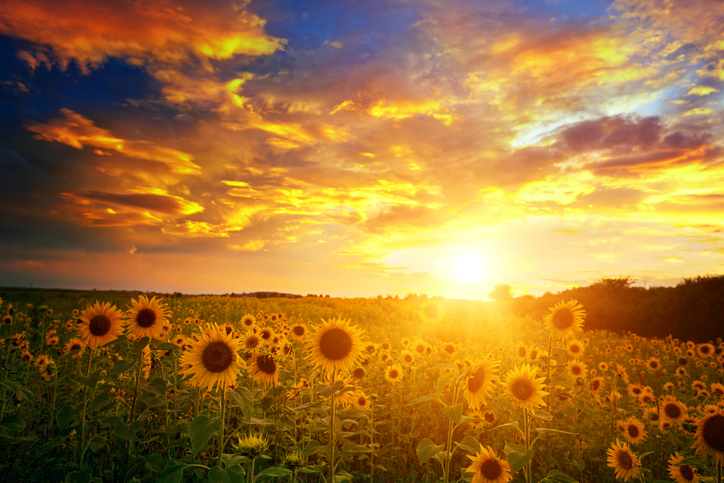 In recent years, solar cells became more efficient and cheaper, causing a boom in the solar energy industry. However, most solar panels still have one major drawback: the sunlight often reaches these panels at an angle that hinders maximum power generation. However, a new polymer inspired by sunflowers may help overcome this obstacle. This polymer is able to shift direction according to the angle of light, which may help increase the efficiency of solar panels significantly in the near future.

Many living organisms follow the sources of light and stop their movement when adapted. This phenomenon is known as phototropism, and can be seen, for example, in plants such as sunflowers that face the sun all day long. Inspired by this, researchers called the new material “SunBOT” (sunflower-like biomimetic omnidirectional tracker).

Each stalk ends with a small “flower”, roughly one millimetre in diameter, and covered with a material that collects solar energy. The underside of these is filled with a nanomaterial that converts light into heat. When the light hits one side of the structure, the material heats up and changes its shape, starts moving around itself, bending the stalk ends towards the source of light -while the light keeps hitting it from various angles.

SunBOTs were able to manoeuvre in laboratory tests to capture 90% of the light coming at an angle of 75 degrees. In order to test SunBOT’s ability to convert light into heat, the team soaked a bot-covered panel in water with only the solar collector ends out. They monitored the amount of water vapour generated by the panels to measure how much light was transformed into heat. They found that SunBOTS produced 400% more vapour when compared to materials that are unable to track the light source.

This study can be useful for use in advanced solar collectors, adaptive signal receivers, smart windows, independent robots, solar sails for spaceships, self-regulating optical devices, and intelligent energy generation (ie. solar cells and biofuels). In addition, it may be used in telescopes or in the navigating/guiding systems of radars.