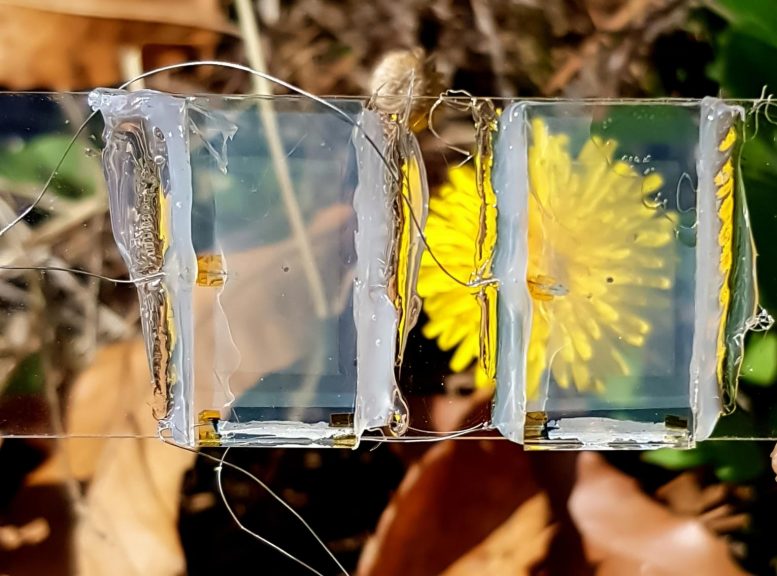 Solar energy has always been the biggest hope of the scientific community being the most reliable and abundant energy source. Recent years witnessed solar cells becoming cheaper, more efficient, and more environmentally friendly. However, current solar cells are opaque, restricting their wide-range use and integration into everyday materials, confining their usage with rooftops and remote solar farms.

But what if new generation solar panels could be integrated onto windows, buildings, and even the screens of mobile phones?

Scientists have created the first fully transparent solar panel, in hopes that it could lead to wider use of solar power in homes. By developing a new and transparent version of the panels, scientists from Incheon University in South Korea have succeeded in completely transforming the way solar panels can be used.

Typically, the panel’s opaque colour comes from the semiconductor layers that capture light and convert it into electricity. However, Incheon researchers replaced these layers with titanium dioxide and nickel oxide, which both have high optical transparency, and thus a high capacity for letting visible light through.

The first of these materials, titanium dioxide (TiO2), is a well-known semiconductor widely used in the production of solar cells. Added to its excellent electrical properties, TiO2 is a non-toxic material and environmentally friendly. It absorbs UV light (a portion of the light spectrum that cannot be seen with the naked eye) while allowing the majority of the visible light range to pass through.

The second material used in research is nickel oxide (NiO), another semiconductor known to have high optical transparency. As nickel is one of the most abundant elements on Earth and its oxide can be easily produced at low industrial temperatures, NiO is also a great material for making environmentally friendly solar cells.

However, the efficiency rate of the transparent solar panel is currently only two percent. Low efficiency is the biggest challenge at the moment, in terms of how far scientists can push efficiency to generate truly useful amounts of electricity.