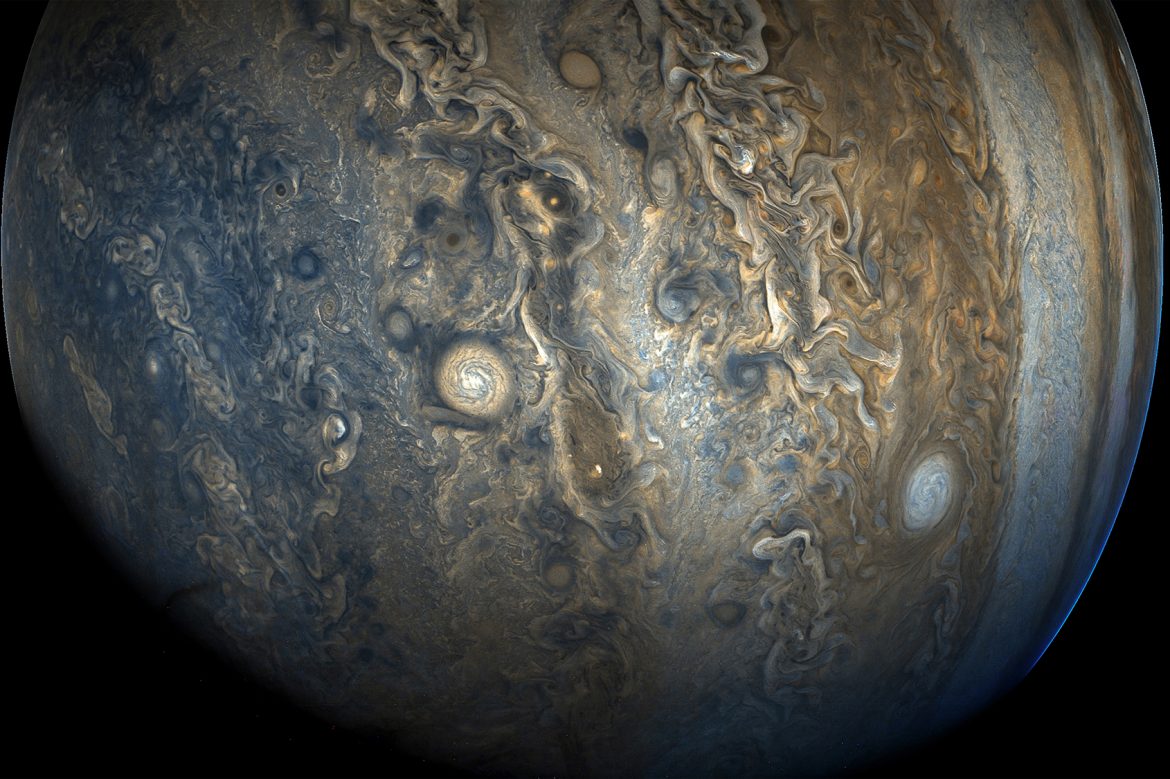 Gas giants, including Jupiter, Saturn and many similar giant exoplanets discovered to date are consist mostly of hydrogen and helium. About forty years ago, planetary scientists predicted the presence of a helium rain layer inside these planets. However, until now, it has not been possible to achieve the experimental conditions necessary to confirm this hypothesis.

A paper published in Nature presents experimental evidence to support this long-held prediction that helium rains are possible under a range of pressure and temperature conditions that reflect what is expected to occur inside these planets.

Although Jupiter is quite famous for its marbled exterior, what goes on under this cloud blanket is still unclear. This is why the researchers devised an experiment to mimic the inner layers of gas giants, by compressing a mixture of hydrogen and helium to about 40,000 times Earth’s atmospheric pressure and temperatures of several thousand degrees.

To further increase the pressure on the hydrogen and helium mixture sandwiched between two diamonds, they used giant lasers to send strong shock waves into the mixture. As the pressure and temperature increased, the researchers observed a non-smooth increase in the material’s reflectivity. This suggests that the mixture becomes unstable under such conditions, and helium dissociates from hydrogen. At even higher pressures and temperatures, the decrease in reflectivity indicates that hydrogen and helium are starting to mix again. Marius Millot, co-author of the paper says, “This transition occurs at pressure and temperature conditions close to that needed to transform hydrogen into a metallic fluid, and the intuitive picture is that the hydrogen metallization triggers the demixing.”

Simulating this process numerically with computers is close to impossible due to the subtle quantum effects. Such experiments provide a critical comparison for numerical simulations and theory. This type of measurements and their applications to other compositions seem very important to our understanding of what happens to materials under extreme conditions.