Skip to content
Homepage Astronomi Footprints of the Ninth Planet 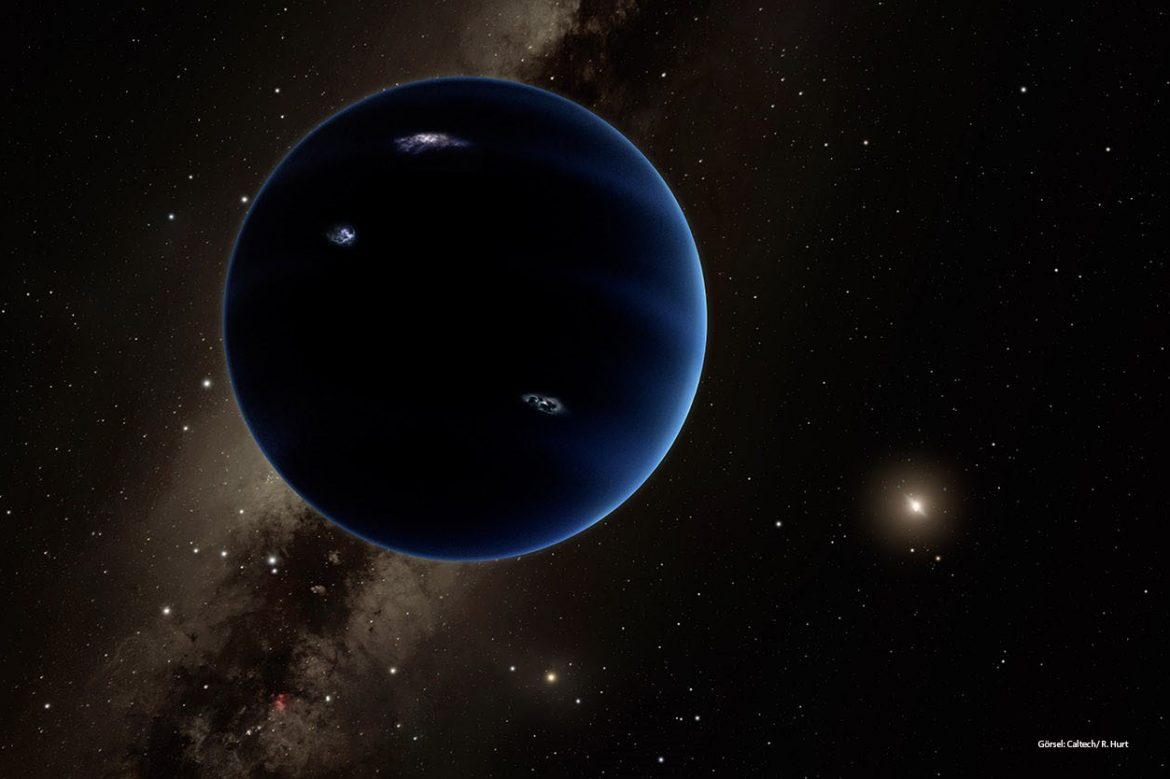 Footprints of the Ninth Planet

Another gas giant far, far away?

Astronomers from the California Institute of Technology (Caltech) announced that they had discovered signs showing the existence of a putative gas giant planet at the distant reaches of the Solar System.

The planet is estimated to be of 10 Earth masses and its elliptical orbit lies 20 times the distance between Neptune and the sun which is 4.5 billion kilometers.

According to the study co-authored by Caltech astronomer Mike Brown who specializes in observation of distant objects in the Solar System and Konstantin Batygin, a theoretician who makes mathematical models of dynamics of celestial objects, and published in the Astronomical Journal, the planet which has a mass slightly smaller than Neptune completes one orbit around the sun in 20,000 years. In comparison, the Earth orbits the sun in one year and Jupiter, the largest planet in the Solar System, does so in 10 years.

Leading the two astronomers to the conclusion of the existence of a ninth planet was the unusual orbital motions of six bodies in the outermost reaches of the Kuiper Belt, the disk-shaped reservoir of icy debris from the formation of the Solar System.

According to the study by Batygin and Brown, the existence of a ninth planet  (yellow) requires  a second group of objects under its gravitational influence, which has to make the orbits of these objects perpendicular to the plane of the solar system. The five known Kuiper Belt objects (blue) meet that requirement. Purple lines are orbits of bodies moving in a cluster under the influence of the ninth planet. Souce –  Caltech/R.Hurt (IPAC) – NASA

Seeking an explanation for the fact that the outermost points of their orbits move around the sun as a cluster despite different orbital speeds and all were tilted about 30 degrees downward from the orbital plane of other planets, Batygin and Brown reasoned that this may be caused only by the influence of an unseen planet. The two researchers say the chance of this being a coincidence is one in a hundred thousand. They further note that the putative planet explains the orbital motions of Sedna, one of the largest Kuiper Belt objects Mike Brown had discovered in 2003 and 2012 VP113, whose discovery was announced in 2014 by his two students. (See: https://kurious.ku.edu.tr/en/news/newcomer-dwarf-planet-roster-pushes-back-solar-system-boundary)

The two astronomers point out that the likely existence of a planet far away from the sun conforms to the statistics concerning the extrasolar planets discovered so far, noting that most of the planetary systems are composed of members in very close and very distant orbits to their stars.

Calling on the astronomical community to scan the calculated orbital distances with large telescopes on Earth and in space, Batygin and Brown say a dedicated search may bring the new member of our Solar System into vision.