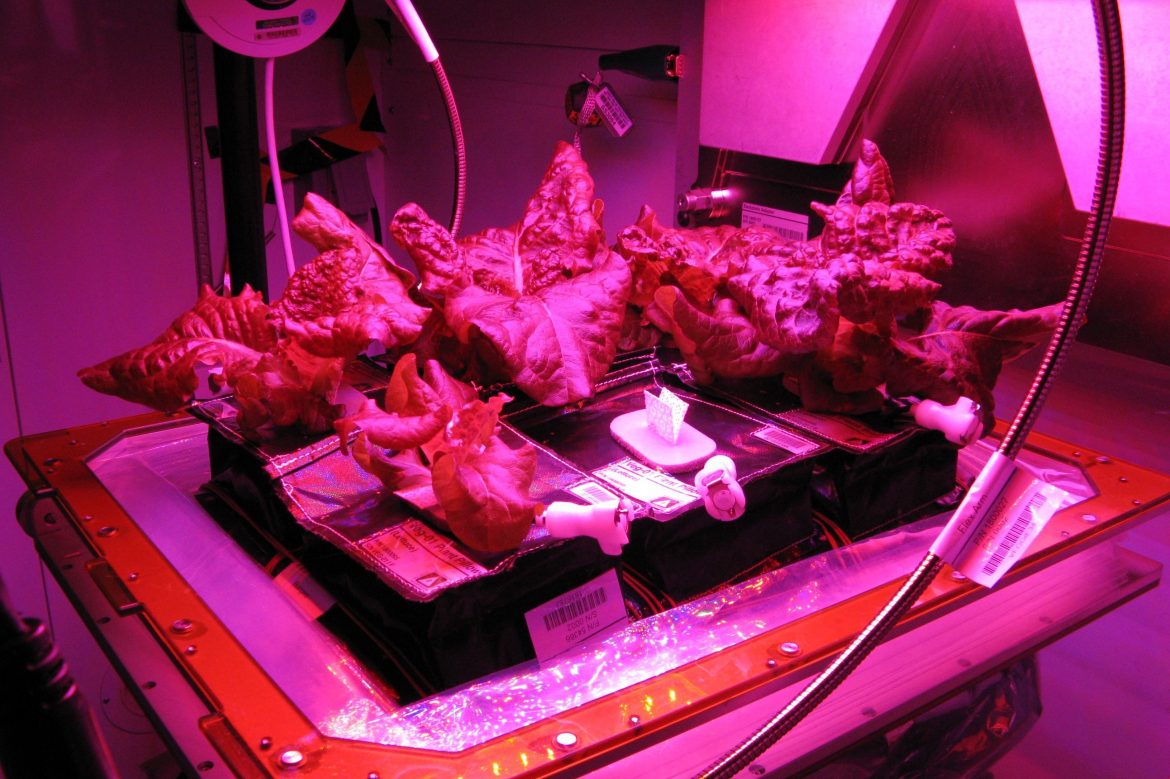 Astronauts sample lettuce they themselves had grown

Growing vegetables in microgravity conditions is nothing new. But the produce from past experiments at orbiting stations had all been sent to research labs on the ground to be processed and analyzed.  ISS crews, like their predecessors, were also subsisting on freeze-dried meals ferried by re-supply ships.

The first fresh vegetable sampled by the American, Russian and Japanese astronauts and cosmonauts of Expedition 44 was Romain red lettuce. The products of “space farming” are hoped to be staples for crews of future Mars missions and pioneer colonists. The solar-powered greenhouses are also among suggested solutions for oxygen production and waste recycling.

The Romain lettuce was chosen for the first fresh sampling because of its relatively-easy, 33-day growth, its high nutrient value and antioxidant properties.

The vegetable is grown from the seed planted in special “pillows” inside a state-of the-art module named “Veggie”, under LED lights which consume very little power since much of it is not wasted as heat.   Red and blue LEDS supply strong lighting for the plants, while Green leds provide some coloring other than the predominant red.