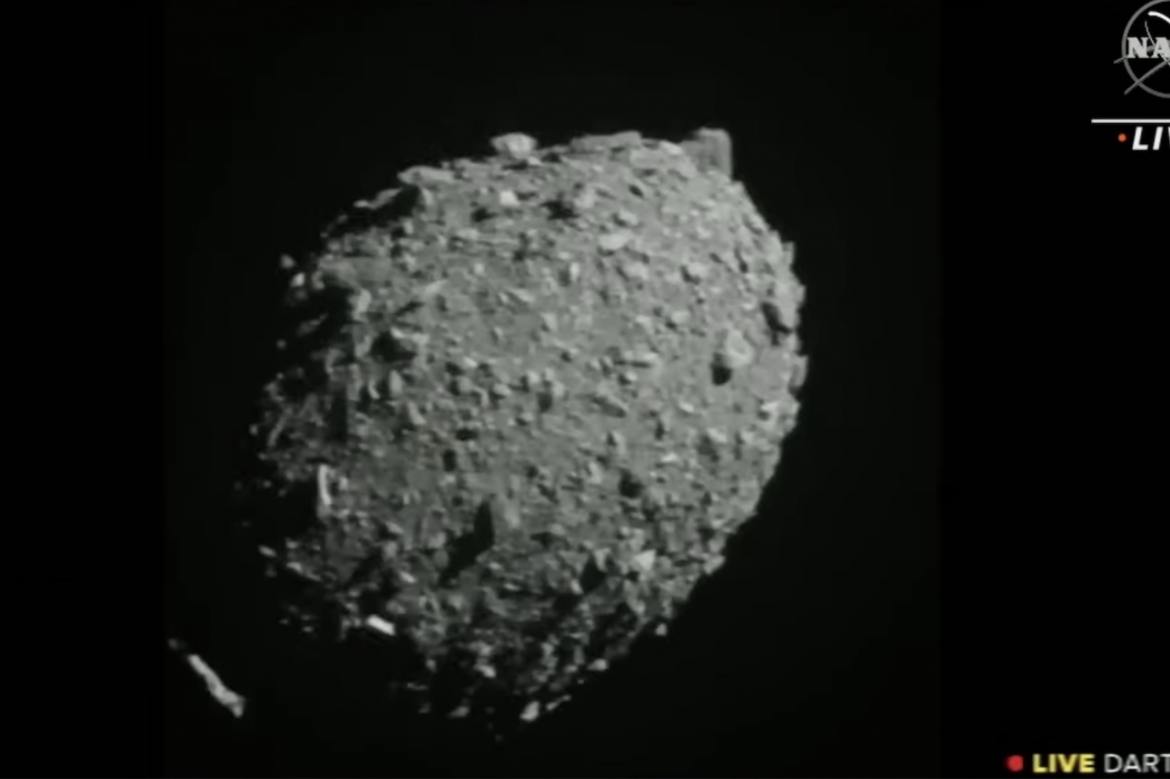 DART had been traveling through space for more than 10 months to collide with Dimorphos, a small object with a diameter of only 160 meters orbiting a larger asteroid called Didymos, which has a diameter of 780 meters. Neither of the asteroids was known to pose a threat to Earth.

For the first time, NASA was able to successfully navigate a spacecraft to deliberately collide with an asteroid and deflect its orbit with a technique known as kinetic impact. The space probe, which weighs 550 kg, will be considered to have completed its mission successfully if it can alter the orbit of Dimorphos to shorten it by around 10 minutes. Telescopes on Earth will be able to calculate the orbital duration of Dimorphos by watching how the amount of light from the binary asteroid system changes as the asteroid passes in front of and behind Didymos.

The collision was captured by the Hubble and James Webb space telescopes, as well as DART’s own camera. The collision, carried out as part of NASA’s planetary defense strategy, is seen as a test of techniques to protect our planet in case the researchers detect an asteroid or comet on a course posing a threat to Earth.

By comparing the data from Dimorphos’ new orbit with computer simulations, the DART team will see how close these models are to predicting the true behavior of the asteroid, and will fine-tune them accordingly so that more accurate calculations can be made in a similar future scenario.