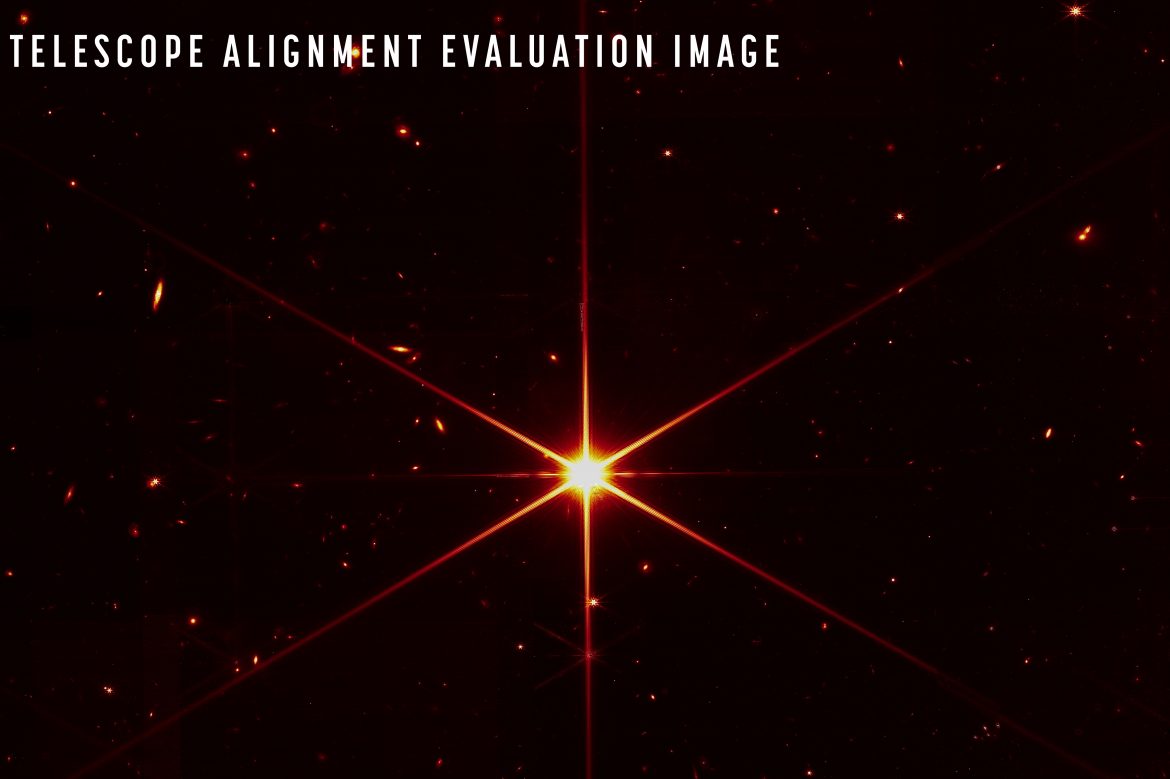 First Photograph from the Webb Telescope

The first “clear” photograph from NASA’s James Webb Space Telescope has just been shared with the media.

The telescope recently completed its “fine phasing” stage, where each of its 18 primary mirror segments were adjusted to produce one unified image of the same star. NASA officials published a statement announcing that the telescope’s 18 mirrors are now perfectly aligned, acting as a single primary mirror, and the photo is way better than the scientists had hoped.

The published photograph shows a star dubbed as 2MASS J17554042+6551277, located about 2,000 light-years away. The image was taken with a red filter to maximize the visual contrast between the star and the darkness of space.

Although the photograph was taken for alignment assessment, James Webb’s optics are so powerful that dozens of other stars and distant galaxies, and even the spiral arms of some galaxies, can be seen in the background.