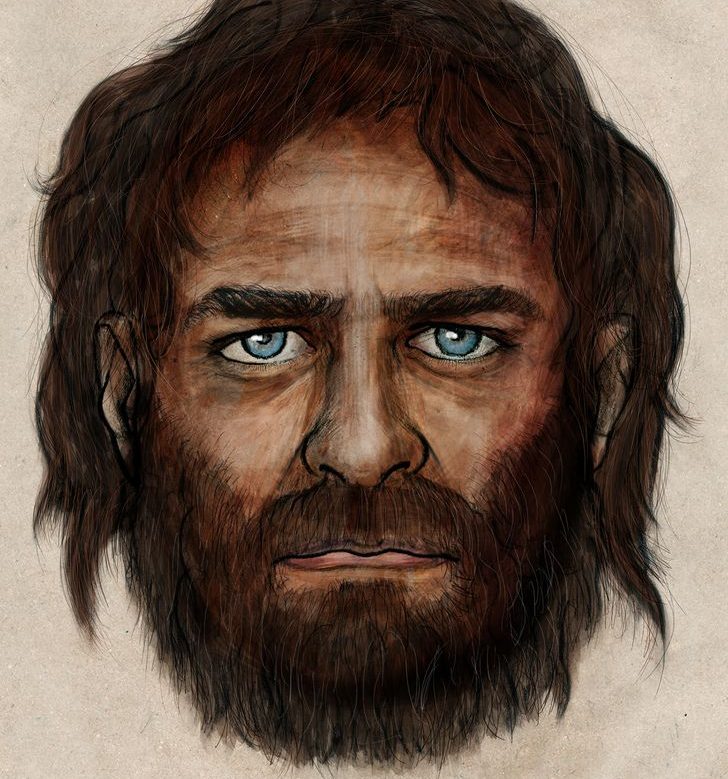 A complete genome extracted from a 7000-year-old skeleton found in a cave in Spain showed that hunter-gatherers, who populated the continent before the advent of agriculture, had blue eyes, nordic features and  and dark skin. The information pried out of the skeleton found inside the La Braña-Arintero cave also casts light on the biological changes agriculture has wrought in humans. Surprising similarities between the genomes of the hunter gatherer, named La Braña-1 and others found as far away as Scandinavia and the vicinity of Baikal Lake  in Siberia, also show that nomadic hunter-gatherers across Europe and West Asia had much closer genetic and cultural affinity than so far believed.

The findings, published in Nature,  were gathered from the study, led by geneticist Carles Lalueza-Fox of Barcelona University,  on one of the two skeletons discovered in the La Braña-Arintero  cave in 2006. First decoding the mithocondrial genome of the individual which is gathered from some limited genetic material passing down from mothers and contained in mithocondria, the cellular organelles which function as the energy plant of the cell, Lalueza-Fox, together with fossil DNA expert Eske Willerslew from the Copenhagen University, succeded lasy year in sequencing the full genome from the more complete nuclear DNA wound on chromosome pairs bringing together genetic blueprints supplied by both parents.

According to the  researchers, La Braña 1 had the African versions of the genes that control the light pigmentation of modern Europeans. Noting that these set of genes show that the studied hunter-gatherer had dark skin, although “how dark, we don’t know exactly”.

Geneticists explain the discrepancy between the dark skins of early hunter –gatherers and fair complexion of their descendants with the effects of agriculture. Light skin is an evolutionary adaptation which allows the skin to gather more sunlight for vitamin-D synthesis. Their staple foods as meat and fish also ensure adequate vitamin-D  intake by hunter-gatherers.  But agriculture, first emerging in the Middle East about 10.000 years ago and beginning to spread to Europe 8500 years ago over the present-day Greece and Bulgaria, carry with it a carbohydrate-based diet to populations in ever-growing settlements.  Since meat, fish, eggs and other dairy products liberally consumed by current Europeans were relatively scarce for early farmers of Europe they had to rely more on sunlight for vitamin-D which directed evolution towards lighter skins.

Researchers report another interesting finding from the genome of La Braña 1 is the “ancestral form” of the genes coding for the metabolism of milk and starch, meaning that European hunter gatherers were not good at digesting these items.  This,in turn, shows that milk and starch tolerance evolved in people with the domestication of sheep, cattle and other farm animals which came with agriculture.

But, on the other hand, the same hunter gatherer was found to possess genes that control immune responses against such diseases as tuberculosis, pneumonia and malaria which are associated with agricultural societies. Researchers think these diseases jumped to humans from domesticated animals . According to Lalueza-Fox,  a possible explanation could be that these diseases affecting agricultural societies of the Middle East have made the journey to Europe earlier than the farmers themselves.