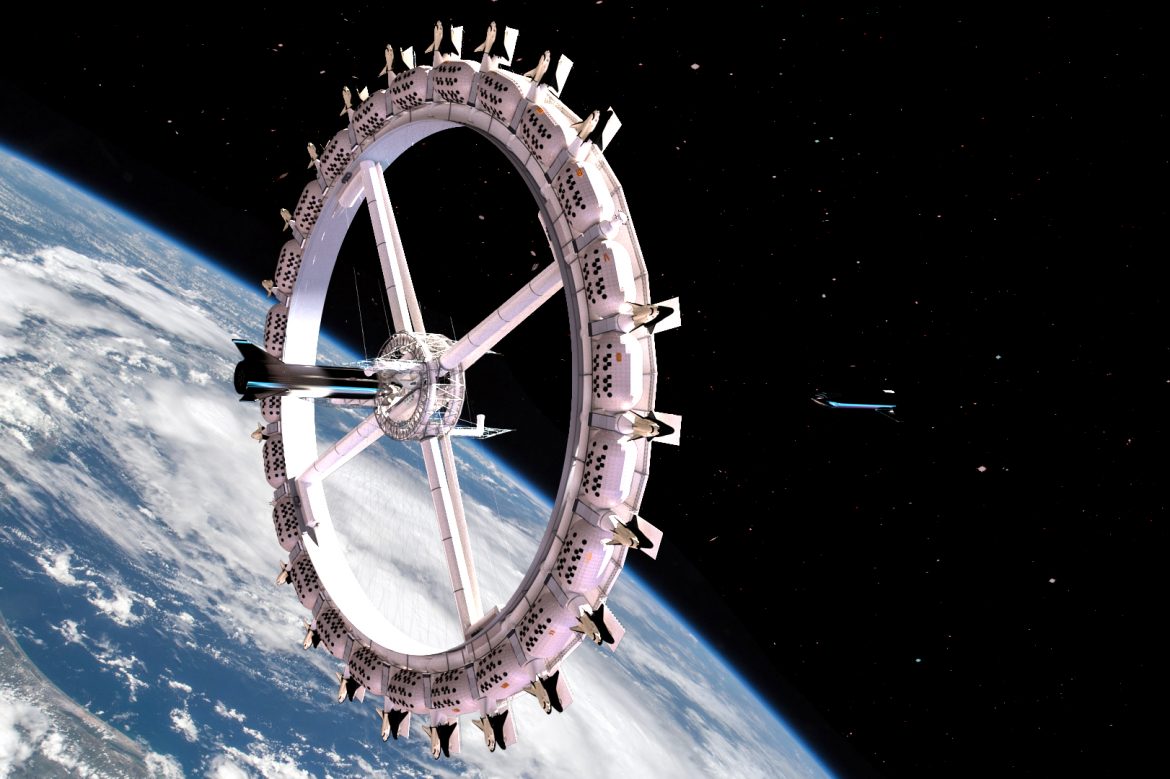 Early Reservation for the Space Hotel

Although the concept of space tourism sounds eccentric, plans to launch people into space for a vacation continue at a fast pace.

On January 29, 2021, an hour-long presentation and Q&A session were held by OAC’s medical consultant Shawna Pandya, which was broadcast live on the company’s YouTube channel. During the event, the space construction company announced its program for the next episode of human space exploration. The OAC team plans to build a “space hotel” rotating fast enough to create artificial gravity in low Earth orbit.

The Voyager Station was shaped based on the concepts imagined by the legendary rocket scientist Wernher von Braun, one of the main organizers of NASA’s Apollo program. The 200-meter-wide and wheel-shaped habitat will spin at an angular speed high enough to create Moon-like artificial gravity levels for passengers. So when the guests leap into the air in the gym of Voyager Station, they’ll rise six times higher.

If realized, the Voyager will be the largest man-made structure in space, fully equipped to accommodate 400 people. Gateway Foundation representatives say the assembly is scheduled to begin around 2025.

This brilliant technological ring will have a variety of facilities, from themed restaurants, auditoriums, movie theatres, and concert venues to bars, libraries, gyms, and a SPA. Voyager will host 24 integrated residential modules, with functional toilets and showers.

However, OAC first needs to test building a station in low Earth orbit and demonstrate the feasibility of stable artificial gravity in space. The company plans to build a prototype gravity ring with a 61-metre diameter, which will be designed to rotate at a pace that will create an artificial gravity that is about 40% of the Earth’s (close to that of Mars). This structure will serve as the company’s test base for a number of technologies that will be used to build the Voyager Station.