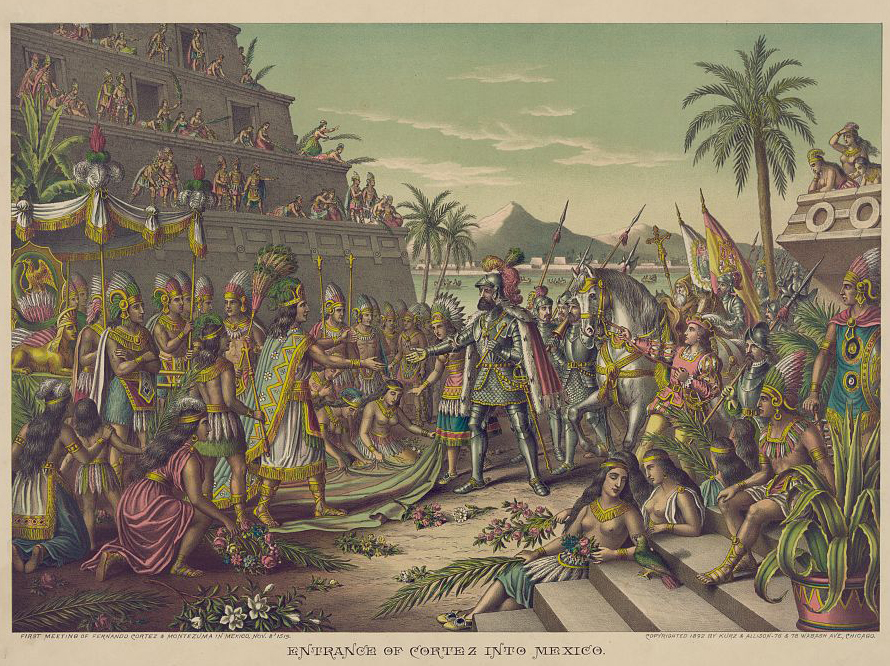 A recent study published in bioRxiv stars a 500-year-old DNA fragment, which is considered the first direct evidence suggesting that the deadliest epidemic in history was caused by the Spanish invasion on the Americas. The research demonstrates that the cause for the outbreak, which destroyed the majority of Aztec population in the 16th century, is a deadly form of Salmonella from Europe.

DNA samples recovered from the gut bacterium from burials in Mexico was linked to the 1540’s epidemic that devastated the 80% of the native population. This is also the first genetic evidence of the pathogen that caused the massive decline in native populations after European colonization.

From 25 million to 1 million

When Spanish conquistador Hernando Cortés arrived in Mexico in 1519, the native population was estimated at about 25 million. The very next century was characterised by the Spanish “victory” and a series of epidemics. Meanwhile, the native population declined to 1 million. The largest epidemics (known as cocoliztli meaning pestilence in the Aztec language) was around 1545 and 1576, killing about 7 to 18 million people living in Mexico’s highland regions. For comparison, it was as severe as the Black Death (plague) in 14th-century Europe.

Another research led by Johannes Krause at the Max Planck Institute for the Science of Human History in Germany, studied DNA samples extracted from the teeth of 29 people buried in the Oaxacan (southern Mexico) and linked five of these samples to a cocoliztli thought to have run between 1545 and 1550. Ancient bacterial DNA were then compared to a database of more than 2,700 modern bacterial genomes, resulting in a match to Salmonella.

Paratyphi C, a strain of Salmonella enterica seen in developing countries, causes a typhus-like disease that kills 10-15% of the infected.

Yet another research led by Mark Achtman from University of Warwick in UK, investigated the European roots of Salmonella Paratyphi C, looking for answers in the tomb of a woman buried around 1200 in Trondheim, Norway. They found the earliest evidence for the Salmonella strain rarely seen today, proving that the strain was indeed circulating Europe before the epidemics started. The bacterium crossed the ocean by the Spanish ships and arrived in the Americas, finding the perfect opportunity to spread through the unhealthy environment during the Spanish invasion, and causing the collapse of the entire Aztec society.