Skip to content
Homepage Astronomi An Eternal Cycle of Big-Bangs? 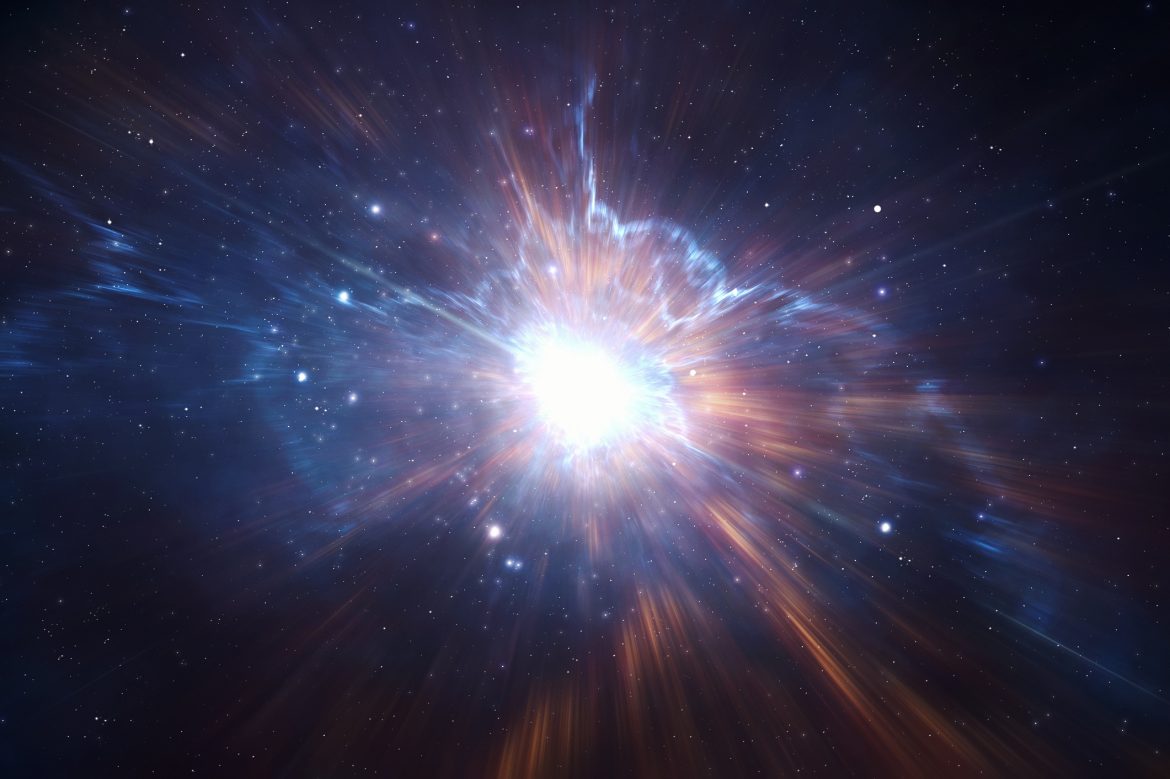 An Eternal Cycle of Big-Bangs?

In the late 1920’s Edwin Hubble’s observation on galaxies drifting away from each other with accelerating speeds played a major role in formulising the Big Bang theory. Hubble’s discovery showed that the galaxies were much closer to each other in the past. In fact, 13.8 billion years ago, all matter and energy in the universe was originally in a condensed form with infinite density and temperature, at a point where traditional laws of physics do not apply.

Cosmologists explained this phenomenon with a mathematical concept called “singularity”. Infinite, indefinite, and limitless. And this dense, condensed, indefinable “initial state” exploded 13.8 years ago, creating hundreds of millions of galaxies in the universe.

Since then, this theory has been the best known and most widely accepted explanation for the beginning and evolution of the Universe.

But, what the bang?

However, J.C.S. Neves and a group of researchers suggest setting aside the standard cosmological model we call the “Big Bang”, which needs the space time singularity. They say we do not have to be trapped by the idea that time has a beginning and that the current expansion occurred after that condensed state. “Who knows, there may be remains of black holes in the ongoing expansion that date from the prior contraction phase and passed intact through the bottleneck of the bounce,” says Neves, “There are two kinds of singularity in the Universe. One is the alleged cosmological singularity, or Big Bang. The other hides behind the event horizon of a black hole.”
In 1968, US physicist James Bardeen modified the general relativity equations that describe black holes by using a mathematical trick. Unlike previous studies, he did not think of the mass of a black hole as a constant, but as a function that changes according to the distance to the centre of the black hole. This way, his equations yielded a different black hole called a “regular” black hole, which do not contain a singularity.

If the insertion of a mathematical trick into the general relativity equations prevents the formation of singularities in regular black holes, could a similar logic be used to eliminate the singularity in a regular bounce? Why not?
So, did the Universe have a beginning or not? General relativity, at least in theory, does permit a cosmology model without Big Bang and singularity. How can we be sure if this hypothesis is valid? “By looking for traces of the events in a contraction phase that may have remained in the ongoing expansion phase,” answers Neves, “The candidates include remnants of black holes from a previous phase of universal contraction that may have survived the bounce.”
Real infinity

This assumption could lead us to three different results: 1) the Universe continues to expand at ever-higher velocities; 2) the expansion ceases, and the Universe preserves a static state; or 3) the expansion reverses, leading to galaxies moving closer together at ever-higher velocities, eventually merging in a “Big Crunch”.
If this is the case, if we will experience the Big Crunch when matter and energy reach extreme temperature and density, the process might once again reverse, beginning a new Universe cycle with a new explosion, going on forever.

“This eternal succession of universes with alternating expansion and contraction phases is called the cyclical Universe” says Neves, providing us with the definition of true infinity.