Skip to content
Homepage chemistry A New Kind of Carbon 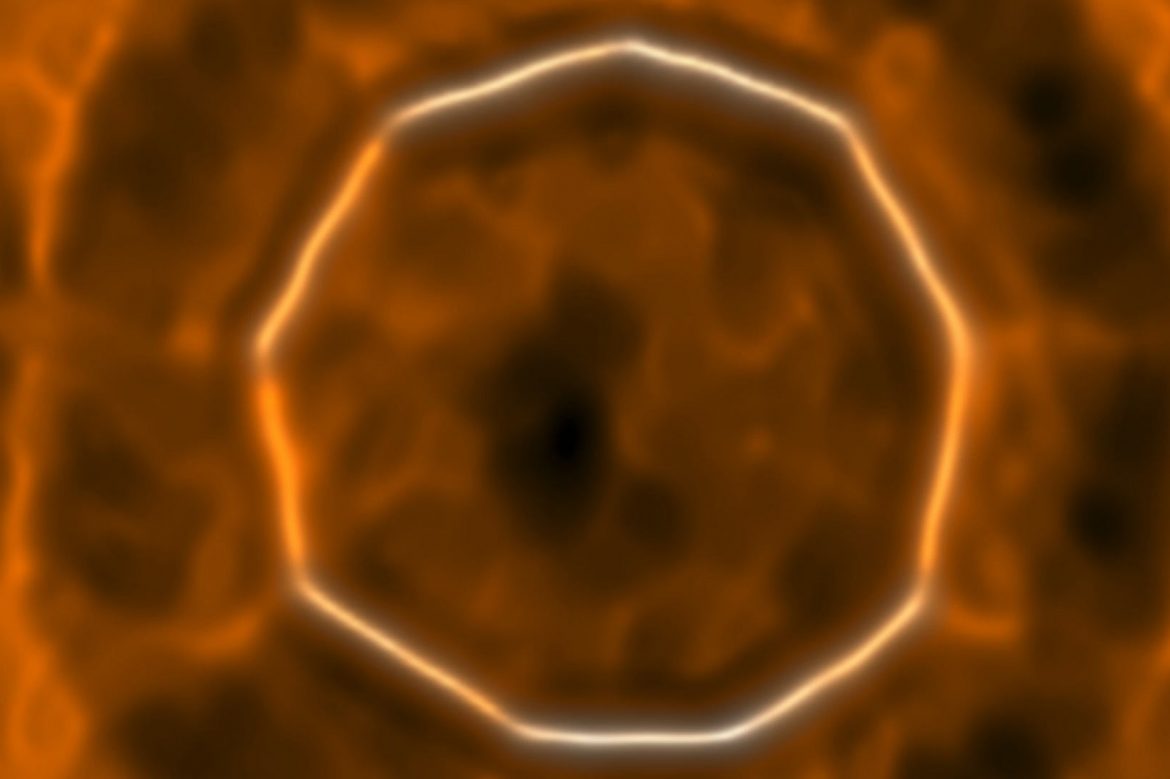 A New Kind of Carbon

The Carbon Club has a new kid on the block! A new molecule consisting of only 18 carbon atoms, dubbed cyclo[18]carbon, finally put an end to the long-standing debate: Can carbon atoms be aligned to form a ring?

For now, the molecule can only be obtained under very stringent conditions. It was observed at a temperature of -5 Kelvin, which is about -268°C. Forming the ring was only part of the work; after forming the molecule, it was a real challenge for the scientists to prevent its transformation by reacting with other elements around it. They worked on a thin layer of salt, which is a relatively nonreactive substance, and it did not interact chemically with the carbon atoms in focus. Earlier laboratory trials ended up with a volatile gas that was quite impossible to work with.

The ring was formed with a device called the atomic force microscope (AFM). Researchers from IBM Research and Oxford University began with a molecule containing 24 carbon atoms bound to 6 oxygen atoms (C24O6). By giving electrical pulses to the tip of the microscope, they separated the CO groups from the rest of the molecule. Thus, the smallest “theoretically possible” stable ring structure was obtained with 18 carbon atoms. Imaging and analysis, on the other hand, found that the molecule consisted of carbon atoms that alternatively formed single and triple bonds, rather than a regular structure composed only of double bonds. 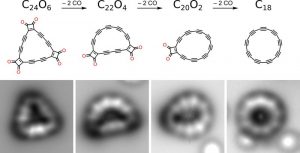 Carbon atoms can form a wide variety of compounds in different forms, depending on the bond they form with each other -such as diamond in a three-dimensional, regular crystal structure; graphene in the form of a single-layered sheet with a honeycomb structure; graphite formed by stacking graphene layers on top of another, or nanotubes formed by coiling these graphene layers in a roll. Each of them can be used for different purposes, fit to their structural properties. 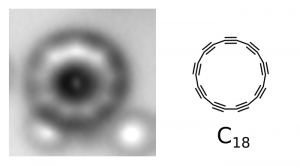 As for cyclo[18]carbon, it seems that it will find a niche in the world of technology as semiconducting material. Nano-scale semiconductors are in the focus of many scientists at the moment, as they have a high potential for use in atomic-scale transistors or microcomputer parts that can carry out Boolean functions.

As a side-achievement, scientists managed to demonstrate that in the future, more complex carbon structures could be formed by linking molecules with the method of atom manipulation. Developments in the field of molecular electronics are exciting because they result in discoveries of very promising materials for computers that require huge computing power, such as artificial intelligence.