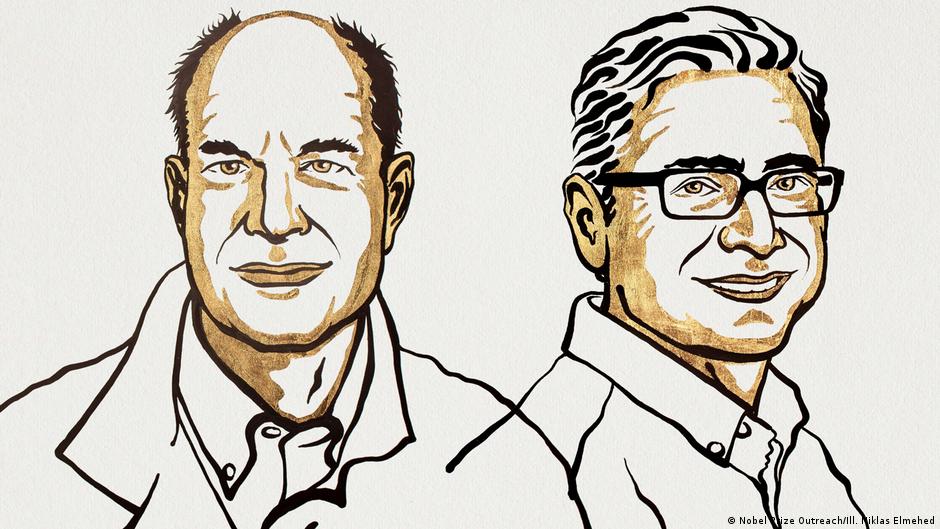 2021 Nobel Prize in Physiology or Medicine

This year’s Nobel Prize in Physiology or Medicine has been awarded to David Julius and Ardem Patapoutian for their discoveries of receptors in our skin for temperature and touch. They independently discovered and described the key mechanisms of how humans perceive heat, cold, touch, and pressure through nerve impulses. The molecular basis for these senses is fundamental for our ability to feel, interpret and interact with our environment. It is also definitely critical for our survival.

One may not give a lot of thought to how we perceive temperature and pressure, because it is pretty much a “very usual” part of our daily lives that we take for granted until there is a problem. Scientists, on the other hand, have long been struggling to figure out what happens in our bodies when we receive temperature or pressure stimuli and how these stimuli are converted into nerve signals. Now, thanks to the work of two scientists, we know the machinery behind it all, and many might say that we owe it [at least partly] to chili peppers!

David Julius is a Professor at the University of California (USA). It was his endeavor to find out how the human body interacts with nature that finally made him start working on capsaicin, the compound that causes a burning sensation when we eat chili peppers. Capsaicin is known to trigger nerves, and the quest was clear: finding out a protein in nerve cells that responds to it.

Dr. Julius and his team began to create a library of millions of DNA fragments corresponding to genes that encode proteins in sensory neurons which react to pain, heat, and touch. Then they took cells that do not normally respond to capsaicin, and by inserting the genes in their library into these cells, they tried to pinpoint the one that is responsible for reacting to capsaicin. One did the job: TRPV1, a channel protein on the cell surface. The protein was found to be sensitive to heat, and also acid, making the body feel pain. Afterward, other temperature-sensing receptors were discovered, including TRPM8 that is activated by cold, and other ion channels related to both TRPV1 and TRPM8 are activated by a range of different temperatures. Of course, these discoveries alerted pharmaceutical companies to start looking for drugs that could dull pain by targeting the receptors.

Ardem Patapoutian is a molecular biologist at Howard Hughes Medical Institute, Scripps Research (USA). His work gave its fruit when he discovered sensors in the skin and internal organs that respond to “mechanical stimuli” that we feel as touch and pressure. His team found the receptors by poking cells with a micropipette and disabling genes one by one until they identified one that made the cells insensitive to the poke.

The new and entirely unknown ion channel was dubbed Piezo1, after the Greek word for pressure. This ion channel and a similar one (Piezo2) are directly activated when pressure is exerted on cell membranes. This means they serve in various places such as blood vessels, respiratory system, bladder, and even the heart – wherever there is a bodily function that involves stretching.

Both discoveries were made a long time ago, but they are critical to the development of treatments for chronic pain and other conditions, or even heart disease. However, challenges await the scientists. They need to figure out how to alleviate pressure on blood vessels and other organs, find a way to block the chili-pepper-loving channel protein to ease chronic pain, but they need to find THE way to do it without blocking the body’s entire ability to feel pain. Because obviously, the pain has an important purpose: activating the “don’t fight, just flee” response to ensure survival in risky situations. Other difficulties include the fact that heat-responsive channels also contribute to the control of body temperature (blocking them causes a slight fever), and the presence of multiple heat-responsive channels (blocking some simply results in others doing the job).

The Nobel Prize in Physiology or Medicine, awarded by the Nobel Assembly at Karolinska Institutet (Stockholm, Sweden), is one of the five areas of research to receive a prize as per Alfred Nobel’s will. The first of them was given to Emil Adolf von Behring for his work on serum therapy, especially its application against diphtheria, in 1901. It has been given every year since then, with the exception of some years, where prize money was allocated to the Special Fund of this prize section. The full list of Nobel Laureates in Physiology or Medicine can be found on the official website of the Nobel Prizes.

Last year’s prize was given to Harvey J. Alter, Michael Houghton, and Charles M. Rice for the discovery of the Hepatitis C virus, and you can watch the announcement of this year’s Nobel Prize in Physiology or Medicine on YouTube.[/vc_column_text][/vc_column][/vc_row]