Skip to content
Homepage Emre Rona / Translation: Deniz Candaş Whose Pup Is That? 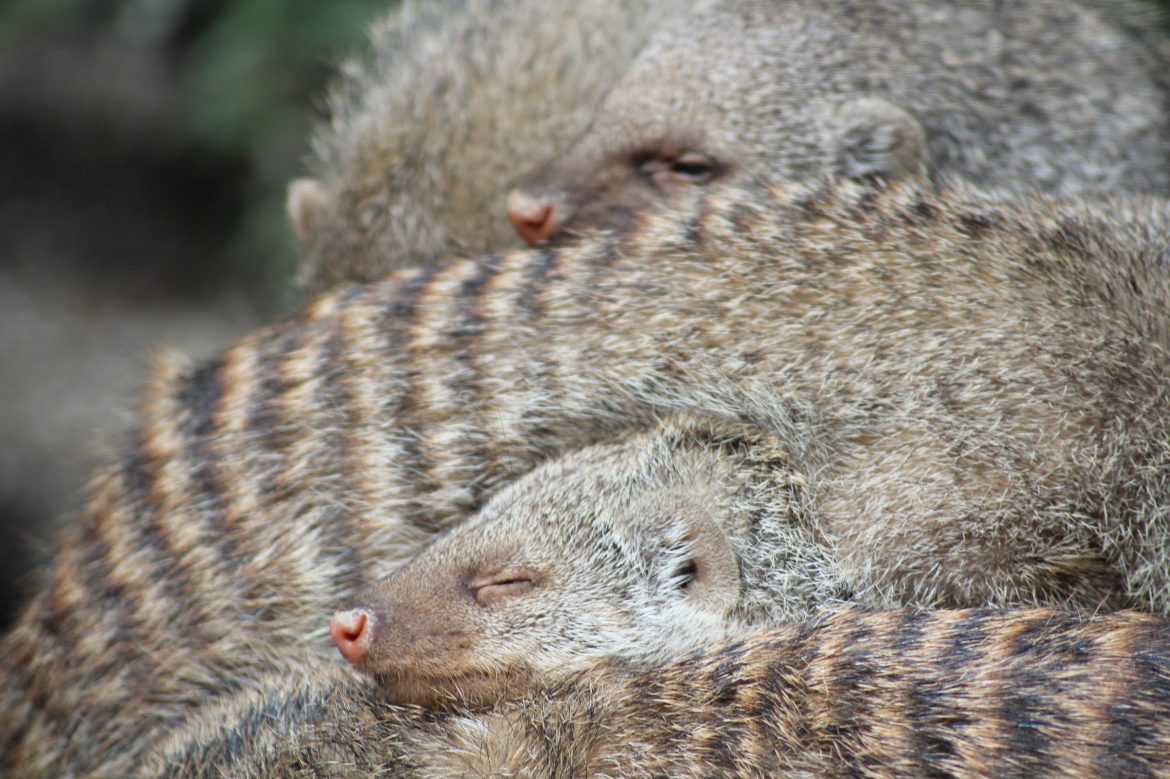 Whose Pup Is That?

Mongooses (Lat. Herpestidae) are a small family of carnivorous mammals distributed in Southern Europe, Africa and Asia, generally living in colonies. All pregnant females in a colony give birth on the same day, leading to a rather interesting social situation: The mothers do not know which pups are their own. However, this confusion spawns an unexpected result; social equality and fair sharing of resources.

To test this, University of Exeter researchers working with seven different groups of mongooses in Uganda, used an interesting method. By regularly feeding some of the pregnant individuals in the colony, the researchers provided an advantage to some of the new-born individuals. Meaning, they planned to have a number of larger and healthier pups by feeding their mothers better than others. However, they observed that after giving birth to their pups, the well-nourished mothers spent more time with, nursed, protected and cared for the smaller pups that were delivered by the other, less-fed mothers. Therefore, they concluded that the mothers, who are unable to tell their own pups from others, preferred to take care of whoever needed more attention in the colony.

Researchers talk about an interesting social order where inequality among the offspring is reduced and all colony members are taken care of. Another study previously conducted by the same university had revealed that new-born pups were killed by other mongooses in the colony to reduce competition, and this was a common encounter. Therefore, all pregnant mongooses giving birth on the same day is considered an interesting evolutionary survival strategy, as it helps all pups to conceal their identities. It has also been observed that females are more interested in female pups and males are more interested in male pups.

Some experts resemble this strategy to the thoughts of John Rawls, an American philosopher, on the concept of justice. The theoretical approach, which Rawls calls the “veil of ignorance”, suggests that everyone can access common resources equally and that a more fair social order can exist as long as individuals in the society live unaware of social status-determining situations that cause inequality such as race, ethnicity, gender, age, and income.

This social order that the mongooses developed in the course of evolution, results in mothers paying more attention to the pups that need the most help in a colony, instead of their own biological offspring, fundamentally preventing their own pups from becoming disadvantaged within the colony. Therefore, the phenomenon favours the overall colony health.

Of course, it seems highly unlikely to establish a similar system in human societies, and mongoose researchers do not suggest it anyway. However, science-fiction writers have long speculated about utopian or dystopian societies based on similar approaches. There is no doubt that a perfect justice system in which all individuals of the society are equal is everyone’s dream.