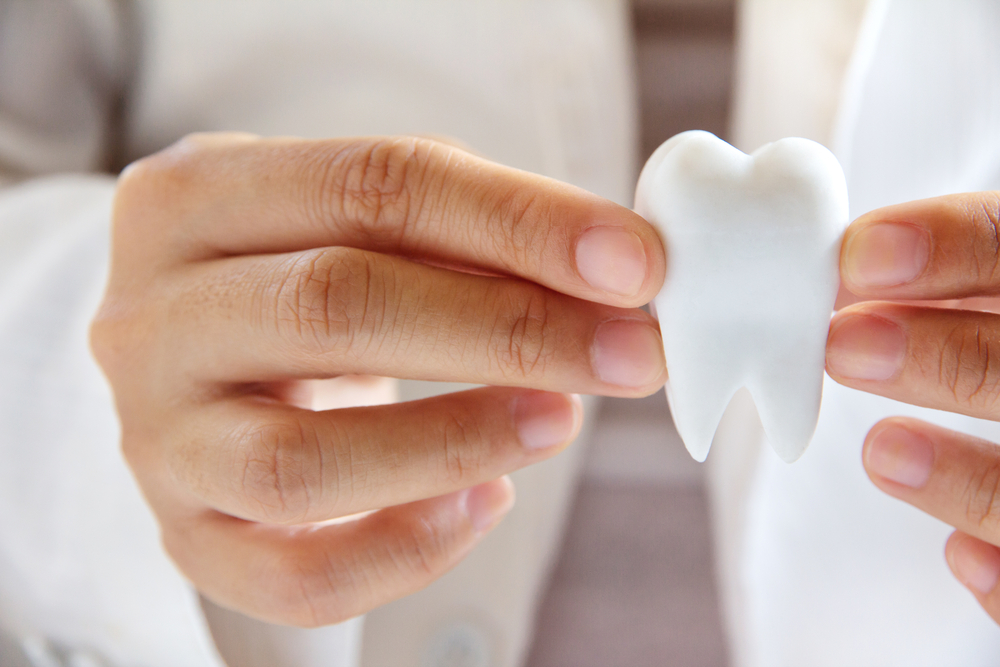 Some animals excel at regeneration, the ability to regrow a damaged tissue or organ, even an entire limb in some cases. Humans are not entirely deprived of this enviable feature either, as some tissues and organs in our bodies can readily regrow themselves including the skin, endometrium, vas deferens, and liver. However, most other parts of our bodies are thought to have little or no capacity for regeneration. Our teeth are one of those.

Scientists have long been working on different techniques to induce total or partial regeneration in a number of human tissues, and have achieved quite promising results on tooth repair and regeneration. Considering the challenging nature of dental procedures (for patients and medical specialists), such advances in regenerative medicine sound very exciting and hope-inspiring.

The formation of our teeth depends on the interaction of two tissues during embryonic development: the oral epithelium and mesenchyme. The thickening of oral epithelium gives rise to the dental lamina, the key tissue of teeth development, which interacts with the mesenchyme to form the tooth bud. Controlled cell growth and differentiation begin shortly after, forming the tooth crown. Mesenchyme also forms dental papilla, which differentiates into the two specialized hard tissues in our teeth: dentin and enamel. As the outer covering of the enamel becomes harder, after we are born, the tooth root develops. Finally, the tooth erupts in the oral cavity.

Humans can naturally replace their teeth only once in a lifetime, whereas a lot of vertebrates are able to repeatedly replace theirs. Reptiles are especially famous when it comes to teeth renewal.

Alligators, for example, can replace their numerous teeth up to 50 times. This ability, along with dental architecture and structures resembling those of the mammals, made them the subject of an international study in 2013.

Researchers involved in the study found that every single tooth of the American alligator has composed of three components at different stages of development: a functional tooth, a replacement tooth, and the dental lamina. They also observed special cells in the dental lamina, which behaved like stem cells, aiding in the development of new replacement teeth. The study suggested that identifying the regulatory network for this “tooth cycling” may one day enable us to induce latent stem cells in human dental lamina remnants to kick-start a renewal process. Similarly, it may also help us stop uncontrolled tooth generation in patients with certain dental conditions including hyperdontia.

The tooth itself is an excellent source of stem cells, which have a high capacity for proliferation. These stem cells can be easily obtained from teeth that are naturally lost or surgically removed, to be used for both dental and non-dental purposes. Stem cells isolated from the dental pulp tissue, in particular, can also be used to facilitate and repair damaged cells.

In 2019, another study announced the discovery of a way to regrow human tooth enamel, one of the hardest tissues in the human body. Normally, enamel cannot regrow itself when eroded, which results in the tooth losing its hard structure and becoming vulnerable to dental problems including cavities. However, Chinese researchers invented a gel, which stimulated the regrowth of enamel crystals in partially acid-damaged teeth. The gel contained clusters of calcium phosphate, minerals naturally found in teeth, mixed with triethylamine (TEA). For now, the trials were only performed on extracted teeth because of TEA’s toxicity, but scientists will surely be chasing an alternative method that might safely proceed to human trials.

Also in 2019, epigenetics came on stage with hopes of providing more insight on the matter. Epigenetics is the study of changes in organisms caused by the modification of gene expression rather than alteration of the genetic code itself. Certain chemicals called the epigenetic regulators do not change the DNA sequence, but their levels affect the expression of certain genes. One such regulation was shown to play a critical role in the development and patterning of teeth roots.

In a study conducted on mice, researchers focused on a protein called Ezh2, which helps the development of facial bones. Their experiments showed that Ezh2 worked together with another protein called Arid1a in shaping up the tooth root patterning and the proper integration of roots with the jawbones. The correct development of the roots was seen only when these two opposing proteins were in balance.

Different types of teeth (incisors, canines, molars) have different numbers of roots, which anchor them to the jawbones and also allow blood and nerves to reach the tooth. The correct development of the shape and number of these roots are important in providing the correct anatomical support necessary to facilitate the functions of different tooth types.

Teeth development is regulated by multiple signaling pathways, including bone morphogenetic protein (BMP) signaling, which is inhibited by USAG-1. Scientists investigated the effects of several monoclonal antibodies for USAG-1. Many of the antibodies they administered affected more than one regulatory pathway, yielding unsuccessful results. However, one antibody disrupted the gene’s interaction with BMP only and was shown to stimulate the generation of a whole tooth after only a single systemic administration. This study was the first to identify a “targeted antibody” that can promote tooth regeneration, suggesting that anti–USAG-1 antibody administration is yet another promising approach for future dental therapies.

All of these studies give us more and more insight into what future dental care practices and dental treatments might look like. We will be eagerly waiting if a new study will come, or when these applications will become widely available.