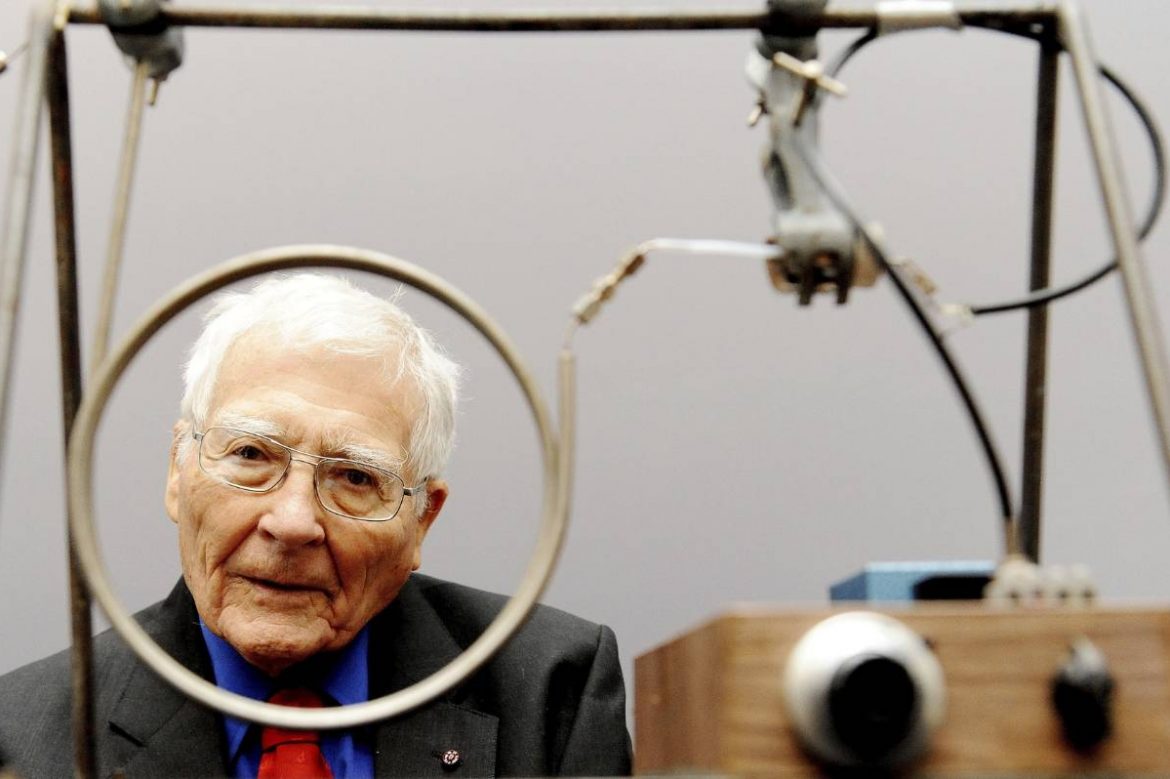 British environmental scientist, James E. Lovelock, known as the father of Gaia Hypothesis, passed away on his 103rd birthday on July 26, 2022.

Lovelock introduced the Gaia Hypothesis in the 1960s, which made him famous not only in the scientific community but also in popular culture. In the 1970s, he further developed the hypothesis with American biologist Lynn Margulis, bringing a very different perspective on the evolution of life on Earth. What they basically proposed was that Earth is not a passive piece of rock that hosts millions of species competing with each other; but rather, a self-regulating habitat in line with these species that also cooperate with each other, keeping conditions in balance to ensure the continuity of life, a habitat that constantly interacts and co-evolves instead of being stable.

In Greek mythology, Gaia is depicted as the incarnated feminine form of planet Earth, the mother of all life. She is the mother of Uranus (the sky), with whom she later had a relationship and gave birth to Titans, Cyclopes, the Giants, and Pontus (the seas). The name “Gaia” fits such a hypothesis quite well, as she is thought to have taken Earth out of Chaos and made life possible.

Back in the day, the hypothesis infuriated many scientists, including the famed evolutionary biologist Richard Dawkins. Dawkins argued that it was an unacceptable “sin”, especially against Darwin’s Theory of Natural Selection. However, when scientists gathered in Amsterdam in 2001 and declared that our planet “works like a self-regulating system that includes physical, chemical, biological, and human elements,” Lovelock and Margulis basically became the winners of the Gaia debate.

At the scientific level, the Gaia Hypothesis examines how the biosphere and the evolution of all species in it interact with global temperatures, salinity of seawater, oxygen in the atmosphere and other environmental variables that ensure the continuity of life within preferred homeostatic boundaries. In other words, it focuses on how living and nonliving things act together to create the most favorable conditions on Earth.

Reflections of the hypothesis left a wide mark on the scientific community, as well as literature and arts. The claim that the entire planet behaves like a single organism, or that it is somehow “alive” deeply affected all romantics. The Greek goddess Gaia, who was perhaps known by a very small group until Lovelock, became a globally well-known character. The idea also took its place in history as an intangible “new age” philosophy and movement under the umbrella of social sciences, politics and religion.

Lovelock was born in 1919. As a child, he found science classes at school boring, but discovered how rich the public library was at an early age. In addition to books on astronomy, natural history, biology, physics and chemistry, he was always drawn to science fiction books that triggered his imagination. Later, he studied chemistry, medicine and biophysics in Britain and the USA. In the 1940s and 50s, he worked at the National Institute for Medical Research in London, where he studied the effects of temperature differences on species. He worked on freezing tissues and bringing them back to body temperature, and even managed to freeze and revive hamsters without killing them.

Even though he took part in NASA’s Moon and Mars programs in the early 1960s, he spent most of his career after 1963 as a scientist independent of academic institutions. He carried out studies in his own private laboratory. In his autobiography he wrote in 2000, he said: “Any artist and man of letters knows very well that some of us can only produce the best results when we are not directed by others.”

One of his greatest contributions to environmental science during this period was the invention of the Electron Capture Detector (ECD), a highly sensitive device that can detect and measure chlorofluorocarbons (CFCs) that damage the ozone layer in the atmosphere and other pollutants in the air, soil and water.

His research while working for NASA led him to some important findings and methods that underlie Gaia Hypothesis. When he examined the chemical components in the atmospheres of Venus and Mars, he saw that life was not possible on these planets. A major part of the Gaia Hypothesis consists of how atmospheric components are kept in balance by living systems.

American writer Jonathan Watts, who studies Lovelock’s biography, says: “Without Lovelock, the environmental movement we see all around the world now would have started much later and taken a completely different path. The electron capture detector he developed in the 1960s showed for the first time how toxic chemicals were spread in the air we breathe, the water we drink, and the soil that feeds our food. He was the first to prove the existence of fluorocarbons in the stratosphere, and the first to warn that petroleum products are changing the climate and causing damage to children’s brain tissues.”

While the Gaia Hypothesis got on the nerves of evolutionary biologists, another proposal of Lovelock provoked environmental scientists. This was because he supported nuclear energy. Lovelock thought that in order to stop the emission of greenhouse gases, which have become a global climate crisis today by disrupting the carbon balance in the atmosphere, we would have to abandon all other energy sources and transform into a society relying entirely on nuclear energy. Of course, fossil fuels were not the only reason for this passion. He saw how much damage human activities had done to the systems that kept Gaia in balance, and he also knew how much people feared nuclear waste, so he was supporting this view with the idea that at least people would not enter areas where nuclear wastes were dumped. 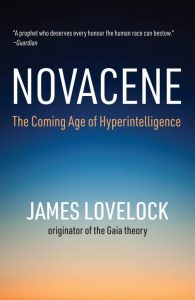 He said in 2004: “Opposition to nuclear energy is based on irrational fear fed by Hollywood-style fiction, the Green lobbies and the media. These fears are unjustified, and nuclear energy from its start in 1952 has proved to be the safest of all energy sources.”

He continued to defend this view until his last day.

In recent years, he continued to make predictions about Gaia’s future. About two years ago, he announced that the biosphere had “entered the last 1% of its life.” He continued to explain, somewhat hopelessly, that it was not possible to avoid the catastrophes the climate crisis will lead to. His last book (Novacene: The Coming Age of Hyperintelligence) contained ideas on the role of biotechnology in the evolution of humanity, where he claimed that cyborgs would rule the world as a new, more powerful “species” than humans. A claim befitting Lovelock.

Although he often seemed like a harbinger of disaster, his family and close friends knew him as a very cheerful, funny, committed person and a passionate talker.