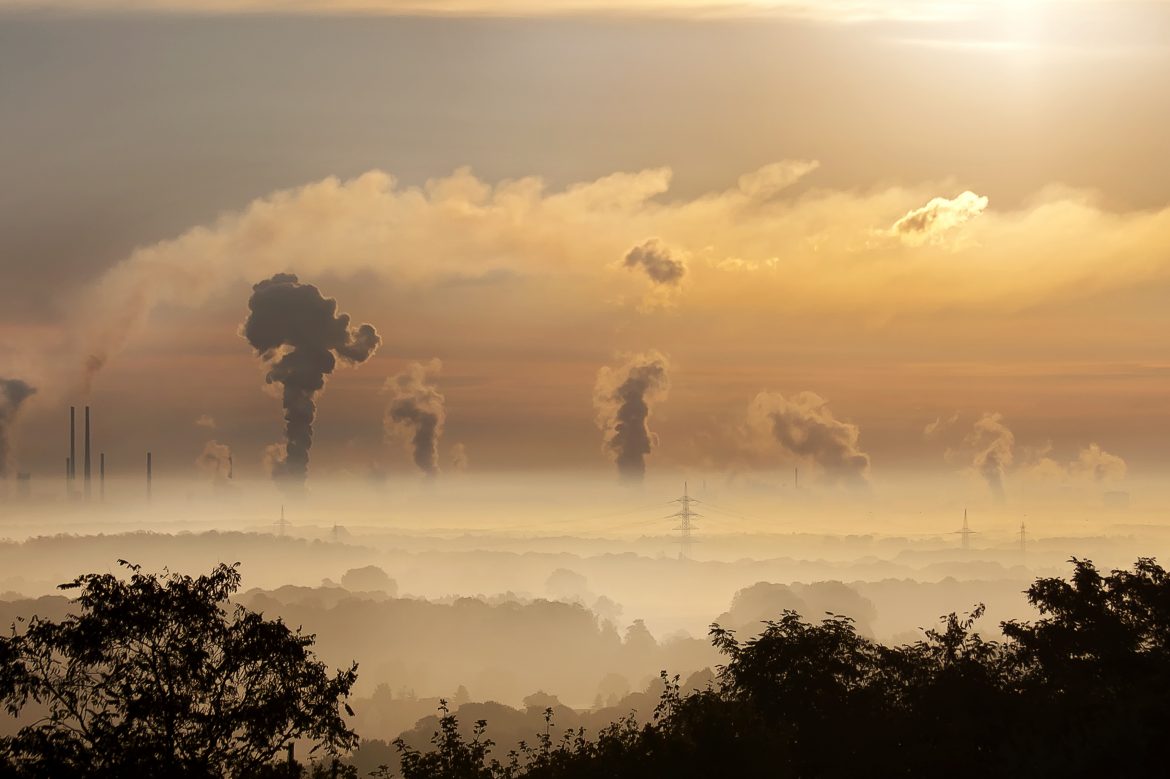 Environment News in Days of Pandemic

The Covid-19 epidemic, which started to become a serious global problem in February, also revealed how each element of the social infrastructure is related to one another. Because of the quarantine practices and social restrictions to protect public health, some sectors were hit especially hard including agriculture, tourism, industry, transportation, and of course, the health sector. Everyone now anxiously waits to see the possible consequences of these developments in the economy, and thus in social and political aspects. While various comments are made on how the new “normal” should be, we also began to see the effects of all the recent developments in the past 2-3 months on fossil fuel consumption and related greenhouse gas emissions.

Due to the recession in sectors relying on fossil fuels such as industry, tourism, and transportation, 2020 global energy emissions are expected to drop by 8%. International Energy Agency (IEA) expects a further decrease in the demand for energy relying on coal, oil, and gas in 2020, resulting in a reduction seven times larger than the global economic crisis in 2008. This means, for example, losing all the energy demand of India, the world’s third-biggest energy consumer.

At the same time, the trend towards low carbon energy sources such as wind and sun has increased. These renewable energy sources are expected to account for 40% of global electricity production.

According to the United Nations, in order to limit annual global warming to 1.5 degrees as per the common goal of the Paris Climate Agreement, carbon dioxide emissions should decrease by 7.6% every year until 2030. However, emissions continued to increase every year until the Covid-19 outbreak. According to the Global Carbon Project, global emissions increased by an average of 0.9% between 2010 and 2018. The 0.6% increase seen in 2019 alone corresponds to a total of 36.8 gigatonnes (Gt) of carbon emissions.

So what do the actual figures on carbon dioxide emissions say while global energy production drops? While approximately 4 billion people are in isolation all over the world, doesn’t the 8% decrease sound a bit too low? Everything depends on how the estimates on emission levels are made, what the structure of our energy system is, and how different the pandemic crisis is from previous economic crises.

In China, during a four-week period when the epidemic was intense, emissions were reduced by 25%. Similarly, emissions in the USA’s between March 15 and April 14 were 15-20% less when compared to the previous year. However, experts predict that the economy will recover in the second half of 2020, so institutions like the IMF expect only a 3% downsizing in the global economy.

Furthermore, unlike previous economic crises, the current decline in carbon dioxide emissions are largely due to the transportation sector. Traffic decreased by 54% in the UK, 36% in the USA, and 19% in China. The aviation industry is not doing any better. In the three months after the first 500 Covid-19 cases were identified in China, global air transport decreased by 40%. Nine out of every ten flights in Europe did not take off.

And thus, we witnessed a historical decrease in global oil demand. The economic impact due to this decline also manifested itself at gas stations, where fuel prices dropped considerably. Gasoline consumption in the US decreased by 41% during March-April compared to last year. Global aircraft fuel demand is also expected to decrease by 65% ​​compared to April-May 2019. Air transportation has been experiencing its biggest decline since the September 11 incident in 2001. The biggest impact was on flights around the Asian-Pacific region, which decreased by more than 40%. The Covid-19 outbreak is referred to as the biggest crisis the aviation industry has ever seen.

Despite all this, the global economy still consumes a tremendous amount of oil. International Energy Agency predicts a global consumption of 76.1 million barrels of oil in the second quarter of this year.

In addition, the raw material consumption of some sectors of the petrochemical industry such as food packaging manufacturers seems to have increased.

Coal, which is burned to generate energy in thermal power plants, accounts for 40% of global carbon dioxide emissions. Just like the case with oil, global figures on coal are still astonishing despite the impact of the pandemic. Coal-based emissions in China only (7.3 Gt) exceed total global emissions from transportation, and this does not include the contribution of international aviation or shipping.

These changes and figures due to the pandemic support the views that clean energy should be cheaper, especially in developing countries. According to Zeke Hausfather, climate and energy manager of the Breakthrough Institute, a serious technological breakthrough is required for the decarbonization our planet needs.

In addition to carbon dioxide, there is also a methane problem, though not very much in sight. Methane, a greenhouse gas 80 times more effective than carbon dioxide, is one of the main factors preventing us from reaching international climate targets, although it remains in the atmosphere for a much shorter time than carbon dioxide. According to the US National Oceanic and Atmospheric Administration (NOAA), the level of methane in the atmosphere is at the highest levels in history. The methane density detected for 2019 has a record value of 1,875 ppm. Scientists state that they have observed the fastest increase in the past twenty years.

Methane release has natural causes such as wetlands, and anthropogenic causes such as animal farms and natural gas wells. While there is not much we can do about the microorganisms releasing methane in wetlands, several approaches exist for handling human activities that lead to methane release. Livestock farming is an issue in itself, but the priority target of drastically reducing methane emissions is to stop leaks in oil and gas wells. Observations made with the help of the Tropospheric Monitoring Tool of the European Space Agency identified a large amount of methane emissions, especially in the Permian Basin, the main natural gas source of the US. During the period between May 2018 and March 2019, the annual methane emission in this region was determined to be 2.7 teragrams. This is more than twice the previous estimates (1.2 teragrams). This high emission is possibly due to the fact that the rapidly increasing production in this basin in recent years is more than the infrastructure can handle.

There are also several ways to deal with methane gas leaks. Capturing, storing and selling these leaks, for example, compensates for the initial investment after a while. According to some estimates, oil and natural gas companies are anticipated to reduce methane release into the atmosphere by 45% without any additional costs, just by utilizing this system. But of course, these companies generally prefer to use investments for drilling new wells -as it will bring more profit- rather than making such an investment.

It is a fact that the global Covid-19 pandemic affected global energy consumption and reduced greenhouse gas emissions for a while. However, as mentioned above, we have to work harder to achieve the objectives of the Paris Climate Agreement.

Cities, where the world population is concentrated, saw some immediate environmental effects as a result of the pandemic-driven pause. Blue skies forgotten due to air pollution were seen after years, surprising those living in some of the world’s major cities. We can say that people literally took a good breath thanks to bans on flights, restrictions on traffic, and the halting of certain industrial activities. According to the data of WHO, 80% of people living in urban areas are regularly exposed to air pollution exceeding safe limits. The situation is much worse in low-income countries.

According to data sent by the European Space Agency’s Sentinel-5P satellite, in January and February 2020, nitrogen dioxide levels over cities and industrial areas in Asia and Europe decreased by as much as 40% (compared to 2019 data for the same regions and time). This figure reaches up to 60% for some cities in the UK. A researcher from the University of Toronto claimed that the air pollution rate in some cities that took urgent measures in February 2020 (Wuhan, Hong Kong, Kyoto, Milan, Seoul, Shanghai) declined around 20-40% compared to 2019. 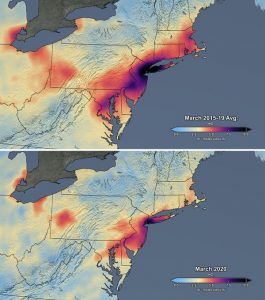 The main source of nitrogen dioxide is land transportation and power plants. It is known to intensify respiratory diseases, especially chronic cases such as asthma. In a period when there is a disease like Covid-19, affecting people with heart and lung problems much more seriously, these figures become even more notable. Let’s not forget that 4.2 million people die every year due to air pollution.

Researchers agree that the best way to permanently improve air quality in cities is by switching to electric vehicles for land transportation. Yet, we have to keep in mind that the sweet spot is how this electricity is produced. In other words, if we want permanent results, we have to switch to methods of producing renewable energy. We should also emphasize that reducing monthly nitrogen dioxide emissions from electricity production by 10% is equivalent to shutting down 500 thermal power plants for one whole year.

Although the debate on how long the pandemic period will last still continues, expecting everything to be restored in a short time seems quite unrealistic. However, this period will almost certainly go down in history as one of the biggest crises of this century. Some even think that it is the harbinger of future crises. Despite different views, everything we have gone through so far clearly shows the scale of changes we need to make. Given that the global carbon dioxide emissions still continue at a rate of around 80%, even during such a huge lockdown period, it is obvious that we need to work harder to reach the climate targets.