Skip to content
Homepage ARTICLES Don't Be Afraid of Change! 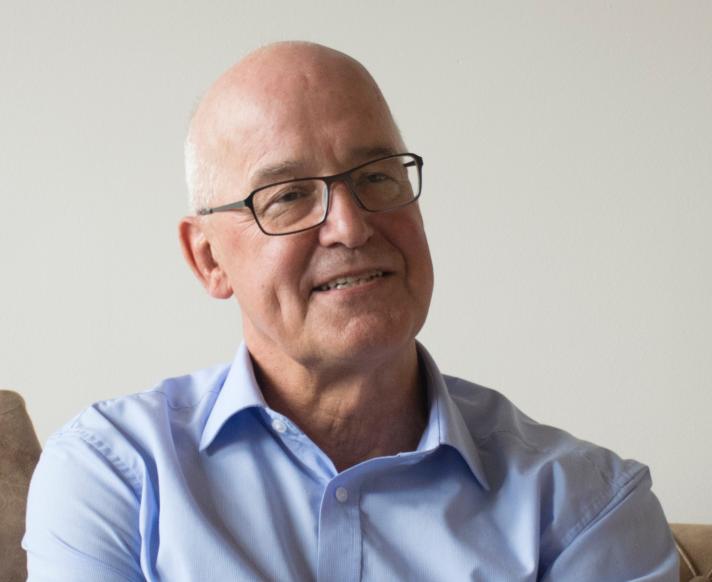 Don’t Be Afraid of Change!

President of New York University, Vice-Chancellor of the University of Oxford, professorships at Princeton, Yale, Pittsburgh and a renowned biological chemistry research lab… Andrew Hamilton’s career has taken him across the cutting edge of science and higher education.

KURIOUS met with Professor Hamilton shortly before giving the 24th commencement ceremony address at Koç University (where he is also a member of the Board of Overseers) to talk about higher education, pioneering universities, and his thoughts about the future of research.

Yale, Oxford, NYU and many others. You must have a detailed understanding of education programs at universities in many countries. What do you think are the most important elements for developing a universal point of view in education?

You’re right I have had a great privilege to work at a number of fine universities, on two continents, America and Europe. In a sense what I have learned in those different institutions is perhaps the opposite of your question: which is that there is no universal view of education, and that is how it should be. Each institution develops through its own history, through the culture of the country where it is located, through the students who attend and the faculty who are recruited. Each university will inevitably develop their own approach, their own style. I was at Yale, then Oxford and then NYU and might think two countries, England and America, will have a lot in common because they have the same language. There is a famous saying from a man called George Bernard Shaw about America and England being separated by a common language. And in fact, you could not imagine two more different approaches to undergraduate education than the British system and the American system. In Britain, I think a little bit like Turkey, there is a very great focus on single subject education. At the age of 18, you go to university to study Chemistry and that is all you study, you don’t study anything else. You just study Chemistry. And it is a very focused deep approach to studying your subject. Whereas of course in America there is the liberal arts education with a broader engagement of the student, with the academic field and specialization only coming later. So, they are two very different systems. And each is in a sense right for the location, for the culture, for the history. My experience tells me that there is no universal view of education and perhaps there should not be.

In your opinion what are the most important qualities of a pioneering university?

What major, influential changes have taken place at the world’s leading universities over the last 5-10 years? How have these changes shaped other universities?

I think in all universities there is constant change. I think it is interesting to have been at Oxford. Oxford is nearly 900 years old and you might say that Oxford could easily become obsessed with its own history, tradition and prestige. Oxford is a very beautiful place, the university is very beautiful, old buildings. It could say ‘no we do not need to change, we are perfect, we are the definition of a great, ancient university, we never need to change’. I regret to say there are some ancient universities that have done that and for many reasons become overly complacent, overly comfortable with their history, their prestige, their beautiful architecture. To me, one of the most important things about Oxford (and I am a graduate of Cambridge and can say the same thing about Cambridge) is that they have never stood still. They have never become self-satisfied, or complacent about their place in the hierarchy of academic education. You have to remember that Oxford and Cambridge are both many hundreds of years old, they’ve had to deal with the arrival of the pesky, new American universities, newcomers like Harvard, Yale and later MIT and Stanford. Now people are talking about the rise of the Chinese universities like Tsinghua, Peking University, the Shanghai Universities, Fudan, Shanghai Jiao Tong, and Indian universities. And Turkish universities such as Koç University will not be very far behind. So, Oxford and Cambridge dealt with that by never ever being complacent and knowing that there will always be new challenges and welcoming those challenges. American universities like Harvard, Yale and Stanford and NYU have been a good thing for the world and similarly, the rise of the Chinese Universities will be a good thing for China and for the world. And the rise of Koç University over the coming decades will be a good thing for Turkey and of course other Turkish universities like Boğazıcı and Bilkent and METU. These are all very important for Turkey and for the world as well. So how do Oxford and Cambridge keep their prominence? By constantly reinventing themselves, they are constantly doing new things, developing new programs. When I was at Oxford we founded a brand-new school of government. And we invested in many new facilities and new research opportunities so that the university stays relevant for the time that it is passing through. This time is the 21st century and universities must change. People don’t always like change. It can be challenging it can be uncertain but if you don’t change with the times you will die, you will become a much, much lesser institution. And so for me, that is the observation on what changes have taken place in leading universities, and I think that in a sense is a model for other universities to follow.

I have been very impressed, enormously impressed with the progress that Koç University has made. I think that Koç University builds on a tradition, a Turkish tradition of commitment to education, commitment to learning and excellence in mathematics, in engineering, in literature and the humanities – for me that is a very encouraging thing. There’s no question that in this very intense world of worldwide higher education that Turkey has some catching up to do. That is a reality, but I think that certainly at Koç University many of the right decisions are being made, the right investments in a beautiful campus, in research facilities and a new medical school and a new hospital. These will be very important for the continued upward trajectory of Koç University and I think with the partnerships that Koç will develop with other Turkish universities in Istanbul and beyond it will be an important contributor to the strengthening of all Turkish universities.

Prof. Andrew Hamilton, The President of NYU and the member of the Koç University’s Board of Overseers

One of the primary functions of a foundation university is to provide scholarships for students with limited financial resources. Under your leadership, the universities where you have worked have launched creative, diverse fundraising campaigns. Based on your experience, what is the most effective way to involve people in philanthropy?

I think it is an inevitable and important part of the future of all universities, especially the future of Koç University. It is a young university but it is already building networks, building alumni groups, building relationships with industry, for example, to help develop philanthropy. I think the most effective way is an approach that Koç University is already taking and you only have to look at Harvard, Yale and maybe Oxford and Cambridge and you will see similar campaigns. It is to remind alumni that they are privileged to have had the opportunity to be educated and get a start in life at a great university. At Koç University there are students who come from very poor backgrounds who are receiving fellowships: the Anatolian scholarship is a very important and very significant development for Turkey and for Koç University. Those recipients will know the day that they leave Koç University that they will have a responsibility, dare I say it a moral responsibility to give back so that future students from poor backgrounds can have that same opportunity that they have had. Let me say also for those students who did not receive scholarships, perhaps those who come from families that have more money, they too have a moral responsibility. In fact, they have been given an advantage in life and in that regard there are real opportunities for them to make a difference in the world by giving to scholarships so that poor students can have access to one of the best university educations in Turkey. I know that is a message that resonates here in Turkey because it also resonates in every other country that I am familiar with.

Your research with the Hamilton Lab is at the intersection of organic and biological chemistry. What sort of important developments do you see emerging from organic and biochemistry? What kind of technology could your lab’s work be applied to?

Well you are asking me my favorite kind of question, which is to talk about science! I think it is a very, very exciting time to be entering science. It’s a very exciting time because despite what you might think there are still so many questions to be answered. Just because we have had 150 years of great scientific progress does not mean we know everything, we know only a fraction of the details of how the universe works, and how human life works. For me to learn that 95% of the mass of the universe is made up of a substance, dark matter, about which we know absolutely nothing, is a reminder to all us scientists of our place, that we still have a great deal to learn. In my world of chemistry and biology, the molecular understanding of life is a very exciting exploration of how life works. Of course we know a great deal about the workings of the cell, we know a great deal about protein structure and how DNA and RNA work and how genetics is able to pass traits down through generations. But again, we know almost nothing at the molecular level of how the brain works, how memory is formed, how the mind functions, imagination, and of course that is important in its own right, to understand our nature as humans. But of course it is even more important as we begin to look at the human disease. We have made huge strides in cancer: there are many cancers now that are curable or very close to curable because we have understood at the molecular level how those cancers form, how they can be treated. But we understand almost nothing about Alzheimer’s disease at the molecular level, we understand almost nothing about Parkinson’s disease at the molecular level and so there are still many, many unanswered questions. So, it is a fine and wonderful time to be a young scientist, to be entering the world of science. For an old scientist like me it is also an exciting time. In my lab, we apply the tools of chemistry to try and understand and control biological processes and in my group we are particularly interested in the way in which proteins interact with each other, protein-protein interactions. These are very important in the functioning of the cell and very important in many human diseases especially cancer and Alzheimer’s. We try to understand how that works and design unnatural or non-natural molecules that might influence and control those biological processes. So, we’ve worked in the field of cancer over many years and had some breakthroughs and some discoveries that we think have been quite useful in that domain. But in our recent work we’ve actually been tackling some of the diseases I’ve been mentioning like Alzheimer’s disease and trying to develop artificial molecules that can block certain biochemical processes that people think are associated with Alzheimer’s disease so it’s an exciting time to be in science.