Skip to content
Homepage ARTICLES Does the Alpha Wolf Exist? 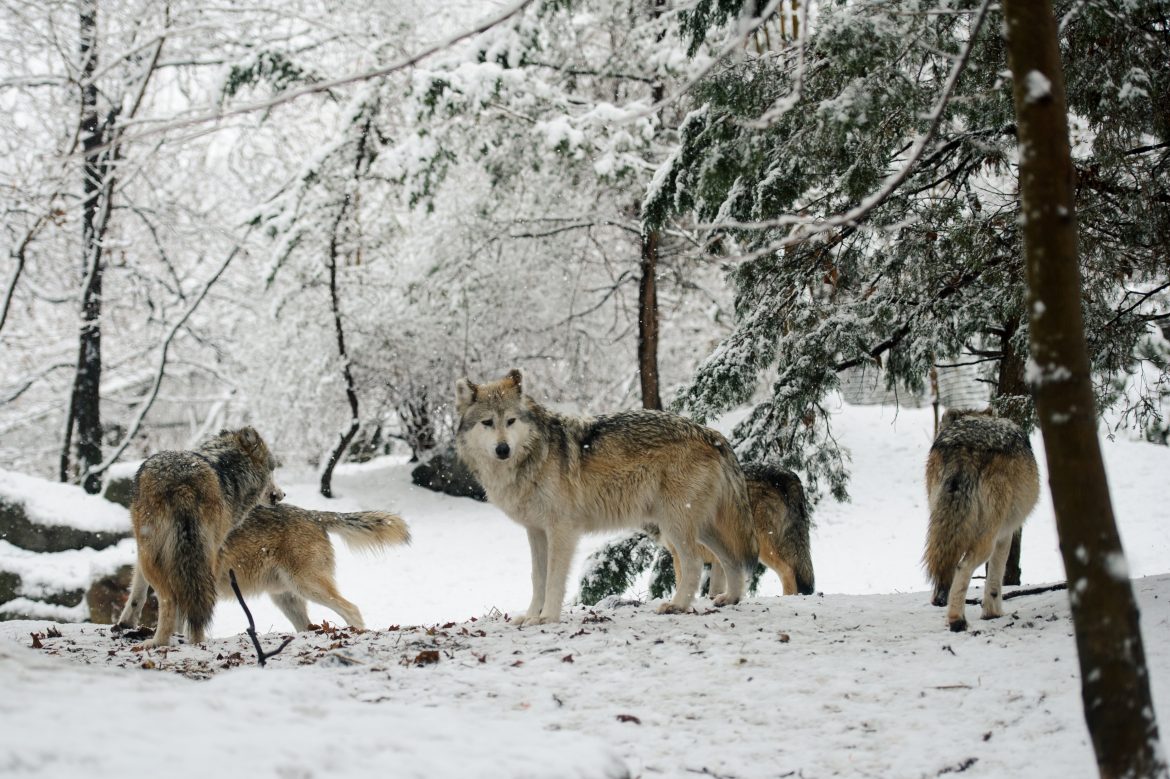 Does the Alpha Wolf Exist?

Possibly, we are all familiar with the concept of alpha male and alpha female in wolf packs. We assume that these leaders have the final say in all activities of the pack, from hunting to feeding and mating, and that younger individuals who challenge this leadership will likely risk a serious fight and an obligation to leave the pack for good. Scientists, however, state that this phenomenon, despite its solid ground in popular culture, does not actually reflect the truth about free-living wolf packs in the wild.

The studies, which led to the spawn of the alpha concept in wolves, are based on the observations of Rudolf Schenkel. Schenkel made observations on the behaviour of captive wolves at the Basel Zoo in Switzerland in the 1940s, and concluded that if around 10 animals are kept in a small environment, “By continuously controlling and suppressing all types of competition within the same sex, both ‘alpha animals’ defend their social position.” The strongest male and female individuals become a couple, and the hierarchy may change over time.

In fact, Schenkel also wrote that packs living in the wild could consist of a monogamous pair and their pups that are one or two years old, but this claim went unnoticed.

David Mech, one of the world’s most famous wolf researchers, wrote The Wolf: Ecology and Behaviour of an Endangered Species in 1970, which played an important part in making the “alpha individual” concept this popular. As the number of studies eventually increased, he realized that this concept is not true for free-living wolves in the wild and repeatedly warned his Publisher to stop printing the book because much of the information is outdated. However, possibly because the publishers are pleased with the sales, the book is still being reprinted.

Other scientists who conducted similar behavioural studies on captive wolves in zoos also claimed that wolves were pretty authoritarian creatures and lived in an almost a military-type hierarchy.

Considering that this knowledge may also be valid in the behaviour of dogs, being close relatives of wolves, military dog ​​trainers adopted the punishment technique in their training practices. In other words, they supposed that if an individual in the pack (or herd) does something wrong, the way of dealing with it was to “make sure to show who is the alpha.” Fortunately, this approach started to change in the 2000s, and the trends began to shift towards positive training techniques based on the reward instead of punishment.

In two articles he published in 1999 and 2000, David Mech tried to correct this misunderstanding about the way wolf packs are organized. For 13 years, he spent the summer months on Ellesmere Island in Canada and managed to establish close contact with the wolves. He got close to one pack of wolves in particular, and by acclimatizing them to his presence, he was able to study the pack from only a few meters of distance, over several years.

His observations revealed that the pack leaders, previously called “the alpha pair”, were actually the parents of other wolves in the pack. The way they led the pack’s activities was only natural. He noted that during 13 years of observation, he did not encounter a single dominance fight in the pack. Wolf pups do what their parents say. When food scarce, parents and older siblings ensure that the youngest are fed adequately.

Studies on the wild wolves of Norway yielded similar results. “A typical wolf pack in Scandinavia consists of six animals on average, most often the parents and four yearling puppies,” says Barbara Zimmermann from the Inland Norway University of Applied Sciences. When a female and a male wolf find each other, they first identify their territory and mark it with their scent, and they only separate to look for food when their puppies are too young to leave the den. Zimmermann states that the wolves are monogamous, and they live that way until one of the spouses dies, almost never getting too far away from each other.

Wolf puppies usually leave the pack when they are one year old, to establish their own territories, which usually coincides with the birth of new siblings. Sometimes they may spend another year or two with their families. In rare cases, they may return to the pack, after a short interval. Researchers also state that wolves do not form large packs that move and hunt together. As the puppies are not good hunters, the parents take over the job.

For the wolf packs in the USA, however, things are a bit different. Images taken in the Yellowstone National Park show several puppies between the ages of one and three and hunting living with their parents. “If,” says Zimmermann, “the wolf density increases and there start to be a lot of packs in very small territories, you see that the packs get bigger.” An article published by David Mech in 1999 states that female offspring mate with their fathers on rare occasions. In this case, he adds, it is possible to call the actual mother and father the alphas. “The point here is not so much the terminology, but what the terminology falsely implies: a strictly strength-based dominance hierarchy,”

To sum up, we may say that the social order in wolf packs are not very different than the basic human families. Since the puppies of captive wolves cannot leave the herd when their time comes, the number of individuals increase in a small area, and thus increases the competition. For this reason, they can develop and display behaviours different than those of their wild relatives. This is how we may explain the emergence of alpha females and males who act more aggressively to maintain their dominance.

The term “alpha wolf” is not often used by scientists anymore. But it is still a well-established concept among humans. According to Mech, it takes about 20 years for new scientific research to be fully established. Perhaps the same goes for the alpha wolf concept.