Skip to content
Homepage archaeology Mummy Speaks from 3000 Years Ago 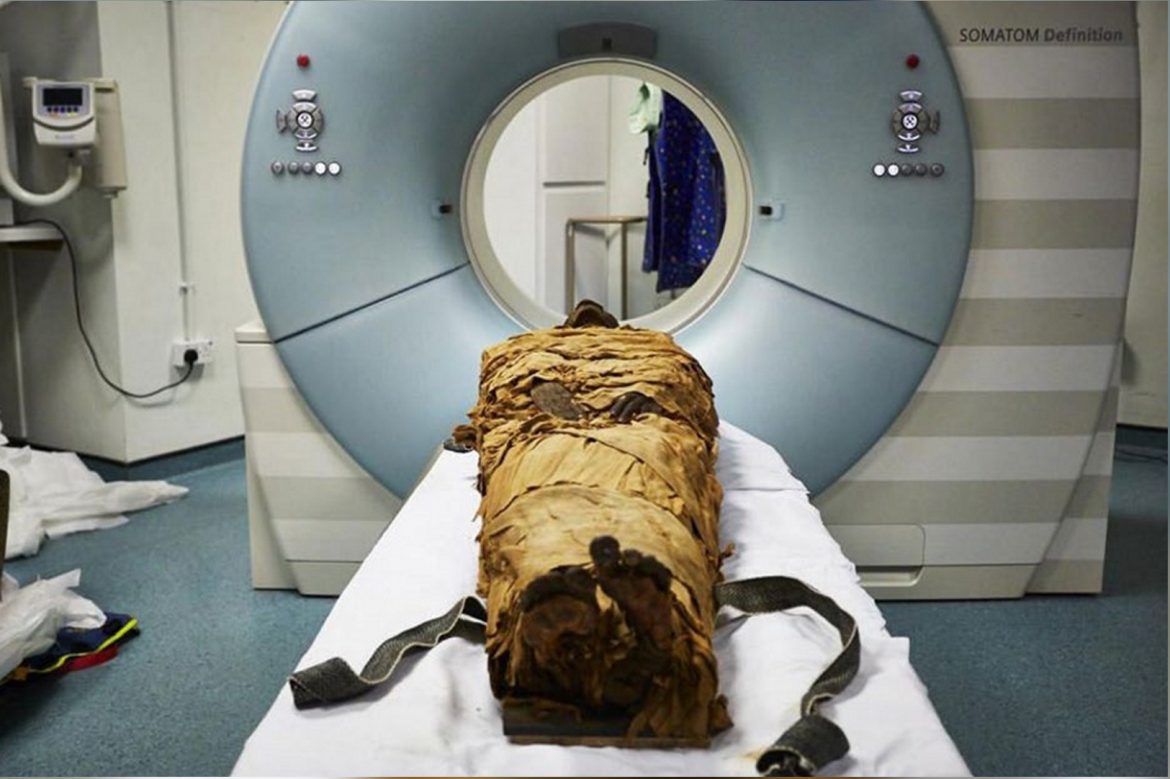 Mummy Speaks from 3000 Years Ago

Curiosities continue to happen in the world of science. The voice of an ancient Egyptian priest who lived about 3,000 years ago was revived, thanks to 3D printers that recreated an artificial larynx.

The project dubbed “Voices from the Past” was started with the aim to reconstruct the larynx structure of dead humans with relatively well-preserved bodies, by using three-dimensional printers, thereby reviving their voices. In order to achieve this, it was necessary to find a mummy with a very well preserved vocal tract so that close-range CT (computerized tomography) imaging technique could be used to create an artificial larynx. Nesyamun’s mummy was technically a good candidate for this purpose, with an extra archaeological bonus to increase the study’s “interesting factor” level.

The carvings on Nesyamun’s coffin and the items he was buried with suggest that he was likely a priest who chanted in religious rituals to talk to the gods. Among the inscriptions on his coffin, there is a line wishing that he would “see and address the gods as he had in his working life”, meaning he really wished to speak after death.

We should not forget that ethical rules are involved in such a study and that bodies can be examined for any purpose without a permit. Therefore, Nesyamun’s last wish on his coffin also made the researchers’ job easier.

The mummy of Nesyamun, who served as a priest in the Temple of Karnak in the city of Thebes during the reign of Pharaoh Ramses XI between 1099 and 1069 BC, was first revealed in 1824. With the help of developments in radiology, X-rays were taken at the University of Leeds School of Medicine in 1931, and at University of Sheffield School of Clinical Dentistry in 1964. Finally, a team from the University of Manchester examined the mummy extensively in 1990, using endoscopy and early CT scanning technology, as well as X-rays.

A comprehensive look at all of these studies, Nesyamun, who had slightly protruding and strong jaw bones with serious teeth and gum problems, is estimated to have died in his 50s.

The exact dimensions of his vocal tract was determined with CT imaging methods, and an artificial vocal tract was created with a 3D printer. Afterwards, a software called Vocal Tract Organ was used to reproduce his voice, mimicking his vocal chords. The result is a short vowel, produced by the sound waves passing through the artificial larynx.

(The artificial larynx is mounted directly on a speaker via a connecting piece attached to it. For the enthusiasts, it is a 952-210 Adastra speaker driver, 16 Ohms and 60 Watts.)

Although Nesyamun has not yet been able to speak, Archaeology professor John Schofield says that they are “hoping to create a version of what he would have said at the temple at Karnak.”

Nesyamun’s mummy continues to be exhibited at the Leeds City Museum in England.